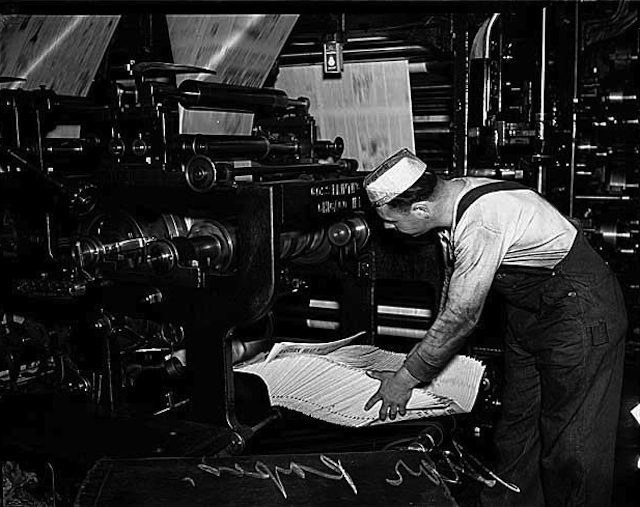 ‘Do you come to the play without knowing what it is?’
‘O yes, Sir, yes, very frequently: I have no time to read playbills; one merely comes to meet one’s friends and show that one’s alive.’

Artists often believe that the purpose of reviewers–if they have any purpose at all–is to promote individual shows. Why write about a show, then, once it has closed? Because artists are wrong, of course. Promoting individual shows is a secondary, if not tertiary, concern and has little to do with why I write.

While there is something to be said for coming to meet one’s friends and showing one is alive, as Ms. Fanny Burney notes, it is more important to leave a marker for others. Some things deserve further consideration–perhaps better consideration than mine. Writing about them well after the fact may allow someone to set the record straight on things unjustly neglected or conversely inaccurately praised.

Here is another handful of things I did not write about in 2012.

They’ve Released The Intruder: An Exhibit of Seattle’s Latest Underground Comic Art, 29 March-6 May 2012, CoCA Ballard. Seattle’s history of underground comix is rich and storied (excuse the pun). From Helix all the way through Starhead Comix all the way to the contemporary Fantagraphics, Seattle has housed a strong independent and alternative comix culture for the past fifty years. The Emerald City has also been home to eccentric “mainstream” cartoonists such as Gary Larson and Richard Stine and over the years has hosted various free comix newspapers as well, some of them reprints, some of them quite original.

Comix on a wall have always been something of a conundrum to me: the generally lowbrow art tends to wither from the ascetic approach of most gallery owners, most of whom know nothing about comix anyway. But this is an exception. The work here was clearly chosen by hands that love comix and understand its grammar and logic. It helps, too, that the work is itself a kind of hybrid. As a tabloid comix newspaper, The Intruder is eclectic. Some pages are pure sequential art–the structural comix work of Aidan Fitzgerald certainly falls in this category. Other pages, like Tony Ong’s, are not at all sequentially inclined. Still others are somewhere between the two, as are Tim Miller’s. The eclecticism of the comix pages fits the context of CoCA Ballard quite well. The artists on display here are often quite challenging and prove that alternative comix in Seattle are not dead; they just look funny.

Since then, The Intruder tabloid has published four quarterly issues. I highly recommend them as well. The work definitely revels in its underground history, invoking S. Clay Wilson and Gary Panter as easily as it recalls James Kochalka and Chris Ware, not to mention local heroes Tom Hart and Jim Woodring. It is very promising and I hope it continues for a long time.

Lead Bunny, 11-14 October 2012, Hedreen Gallery @ Seattle University. I didn’t write about Lead Bunny for a couple reasons. The first reason was its richness. Paige Barnes and Stefan Gruber collaborated on creating a veritable parade of images, all pregnant with meaning and quite difficult to entangle on first viewing. My second viewing confirmed the observation. It also clarified many things for me. Ms. Barnes’ exquisite use of the Hedreen Gallery space as a quality rather than as a limitation aided the dancers in their focus on unconscious archetypes and brought out things that would have been more difficult otherwise. Relationships that would have been simply abstract in a larger space became downright uncomfortable here. The dance represented a self in pieces: dyads of anima/animus, human/animal, civilized/primitive animated before the audience, while the dancers themselves moved fluidly through solos, duos and trios as they finally achieved unity at the end of the piece. It is always a pleasure to watch Ms. Barnes dance and her co-conspirators in this venture, Alice Gosti, Pol Rosenthal, Vincent Cuny, Paris Hurley, and Nadia Losonsky, clearly had a sympathetic connection with the work, each playing with abandon. It was quite bizarre in the best way, as a trip through the subconscious should be, and augmented by the silent and lyrical bits of interstitial videos of Mr. Gruber between the movement sections. The animations provided a not only oblique context but also surreal humor and refreshing levity.

The second reason I did not write about Lead Bunny the first time around is that I thought it should be obvious by now that Paige Barnes is one of the most brilliant dance choreographers working in Seattle. Her concerns as a choreographer and a dancer are broad in many ways not typical of most modern dance here. She is interested in dance, I think, as a means to a greater expression and not necessarily in dance as dance only; I suspect if she had become a filmmaker or sculptor her work would be quite similar in almost every way. In this sense also, her audience may not be a traditional dance audience. Non-dancers and laymen are apt to appreciate her work more than most dance watchers might. While this may lower her esteem in the eyes of dance purists, I consider it a positive quality. Alleged purity in dance means nothing to me. I only care about whether work is interesting or not, and Ms. Barnes’ work is always interesting.

Beneath a Wing Darkened Sky, 19-28 October 2012, Youngstown Cultural Center For their sixth annual Ghost Game, the folks from The Cabiri collected five tales of winged things. In keeping with the hyaku monogatari tradition, each tale gets progressively bleaker and bleaker, ending with the bleakest tale of all: the end of the Mayan long calendar and the return of the waters.

The Moon Maid story that opens the evening is quite beautiful, wistful even. The simplicity of the piece gives Erica Sherman a real chance to shine, which she does gracefully. The last two pieces, however, are certainly my favorites. Cyrus Khambatta’s choreography for the Benandanti folktale is quite powerful. One would never know he is new to Cabiria. The final piece about Seven Macaw cleansing the world is a fabulous parable about the coming Flood, using details of global warming, suicide bombers, and sundry goodness as omens foretelling the end of the Long Cycle and the beginning of a new world, presumably purer than the last.

It offers also another convincing proof that Sarah Milici is one of Seattle’s more interesting actresses. No one does the quiet soul erupting into neurasthenic meltdown move quite so efficiently or convincingly. That may sound glib; it is meant to be honest. Ms. Milici is a kind of dynamo. She has a fine range and a great script sense that helps her blend seamlessly into the Cabiri’s mythopoeic imaginings. Her guidance as the Restless Dreamer in Beneath a Wing-Darkened Sky also gives the audience an easy invitation and entrance into the Cabiri’s strange autumnal world.

The evening was also filled with a sense of finality–a New Ager would say “closure”–in many ways. Long-time company member and personal favorite April McMorris said goodbye after this show and the cadence of the evening seemed to suggest that The Cabiri themselves were at the end of their own Long Cycle and ready to embark on something new. Perhaps that will prove to be the upcoming TEA trilogy on which they are now hard at work.

Flight Deck, 25-26 August 2012, Open Flight Studio. I saw many things at Open Flight Studio over the past couple years I should probably have written about. The ninth annual edition of Flight Deck comes immediately to mind. The resident duet of Christin Call and Natascha Greenwalt Murphy and solo artist Jody Kuehner provided a marvelous opportunity to watch three creative artists at work.

Ms. Greenwalt Murphy and Ms. Call, both of the Coriolis Dance Collective, performed a piece roughly built around images from science fiction but with an excellent conceit that time and space travelers might get cabin fever just as surely as those on one of those awful family vacations across the country. Emerging from something like an egg–probably a subtle reference to Robert Forward’s Cheela series, as well as a primordial image from the Sanskrit Brahmanda–the two dancers extricate themselves from the web that holds their ship in it, to take on their roles as a sometimes communicative, sometimes competitive duo of scientists exploring the boundless galaxy that is the floor of the Open Flight Studio. And all done to the cosmic sounds of the wonderful Jackie An’s electric violin. Perhaps indirectly held over from their Co_LAB 4 Frenchy, Texas, Fritzy and Helga, choreographed for them by Rainbow Fletcher, the wit in this piece was wonderfully refreshing. These are two lovely dancers with great technique who project their personae brilliantly through their work and watching them is always a treat.

Jody Kuehner’s solo piece was almost the diametrical opposite–an exploration not of outer space but inner. Ms. Kuehner here took on a role tangential to her usual Cherdonna persona. In this case, she performs as an absurdly over-glamorized female but with a dagger in the laughter. This is a piece about emptiness: not only the emptiness of being a woman-object but also the social emptiness of a world where woman-objects are “desirable” either to own or to be. Ms. Kuehner’s languid minimalism actually allows the effect to build powerfully moving from the initial comic shock to the rather painful tedium and touch of sadness at the close of the piece. And it is also a fine use of The Big Pink’s little ditty, “These Girls Fall Like Dominoes,” for purposes completely ironic.