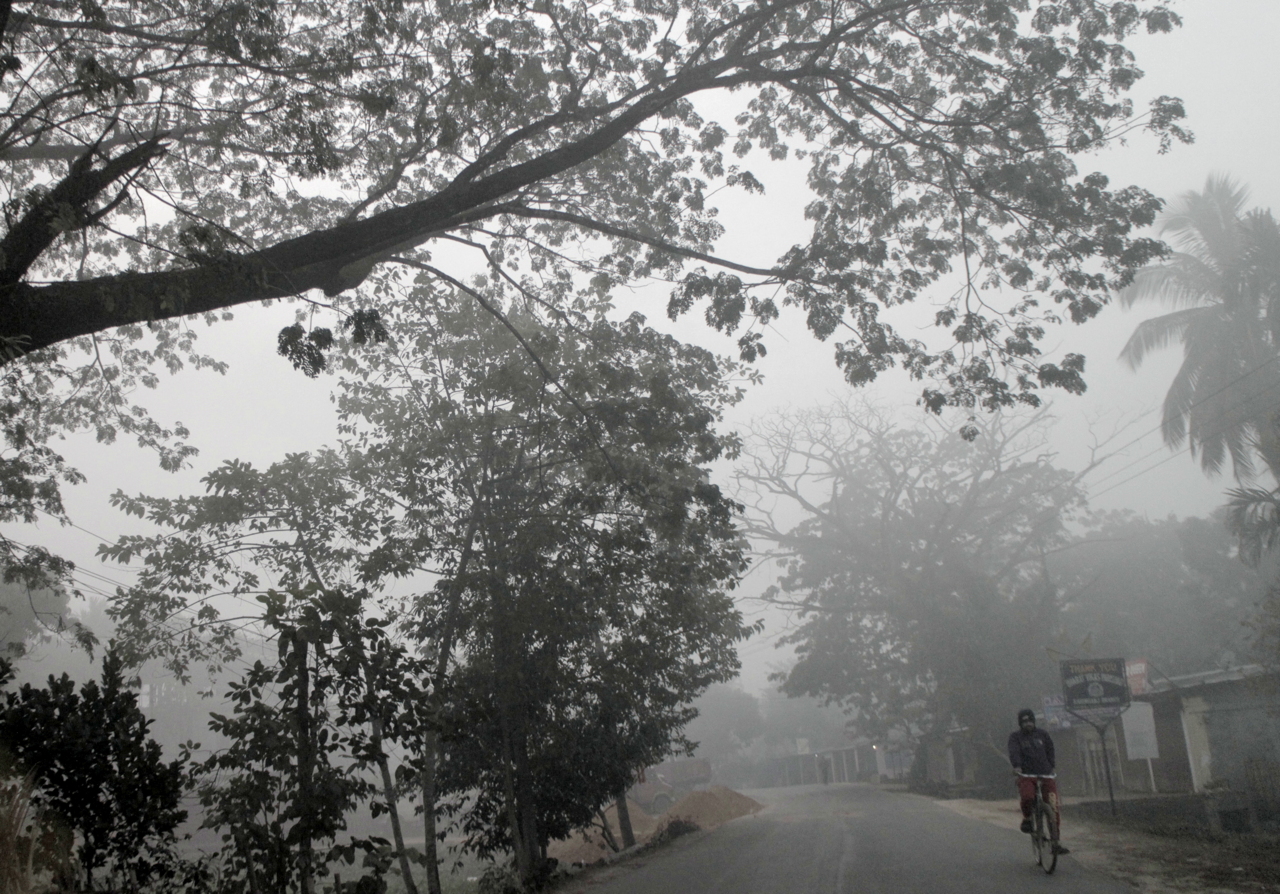 A generation has died
Secrets buried under time
Scholars of war
Sell Poverty
And development projects, Ideology’s
A bitch, a rebellious commissioned research
A reason to shine.

The sky is crying.
Burning marijuana keeps painting faded circles in void.
Elmore James weeps in vain
Like a baby’s black balloon sailing away to some distant land.
As I creep lifeless on the road contemplating “Howl”,
Ashes of Burmese grass fly insane.
Senses strip and
I float across time to a land where Bohemian angels fell like shooting stars.
The earth was on fire in 1960s.
Words-outshined shrine, Minds taller than castles, sanity traded for frantic
2008,
War is just another reality show.
A jingle for a million dollar row
With so much to write and sing for.
Why do fragments of dead poesy float in gutters still?

your spies spy through me, my eyes,
every single day, circling through my nerves

like a fat bright sun, like my cigarette breaks
in a place, where no trees remain
to combat or argue — if roots were better than your grand fucking trunk,

Stale stunts,
sighs and smoke, who
I burn with my every organic breath
as you ponder about your next plastic line
like that wax, melted Texas statue, as you review
each others’ saliva,

Write your own review
May appease yourself please!

And now you proclaim
that your woody perennial growth
will decide what is poetry?

And the day finally will
Spread its wings
After cold hard years of night
And like boats, we shall sail together
And the hills shall call
And the sea may forgot her name
And we will lose ourselves in the idea of death
Only to start living again.

The seas have dried
Tongue-tied,
We never cried

Inside a cold room,
all seasons turn Fall
Time sits empty
besides a window
staring at the distant paddy fields.

A wise tree with yellow shades
A decade of afternoon,
A tranquil sage. Meditating
A withdrawn pyre, flames in rage.

A disease for a disease

Sitting inside the glass chambers
They dream of genocides. The decree
Of the king is forever final.
The judges and the saviours
Will be hanged at the twilight.
The vicious ghosts of the writers
Must be invariably accoladed.
Their vices are carefully collected
Into separate potion vials.

Distilled drops of death
Drip into my colourless veins.
This addictive craving
For self-harm is self-explanatory.
My bare body for ages bounded by infectious, covetous
Constant human hammering, episodes
Of mass mental murder and cerebral loss, nasty hankerings.
Someone raise the seventh wall right now!
Liquids of all colours ooze out
Along with sharp beeps at different frequencies.
Filth is now the new elixir.

And all the subjects of the damned land
Have already paid their taxes and their tongues.
Silence has always been the only consensus.
Rage manifests itself into myriad essence
Of pain: sometimes familiar, sometimes insane.

Conformation traded for a last chance
At a choked existence.
Conversion, a morphine painkiller.
X-rays have given up and denied to scan
The end of this earth’s sanity.
And yet, they await
For an answer.

When death comes, there will only be a white room
No tongue to speak, no hands to pray, no head to think
No love, hate, anger, vanity
Only mud or a smell of kerosene and ash.

1.
Somewhere in a town where time has died
and where the river does not speak,
I see you staring at the fishermen
who sit
on the roof of a minibus with their baskets of fish.
They sway like a song.
Fenced carts carrying kindergarten children move
in yellow, and green, and all the other colours that life can bring.
A black cow. People rambling on the road. Drowsy bicycle rickshaws
breezing through the dusty potholes of Sonai road – mud spilling over.
I also see you hiding
your face from your father
as he walks past our school with his black umbrella.

As you sit,
knelt down on the floor
with your hands on your ears
outside the English class
in the school corridor.

Many a days you have spent on that floor.
Many others, standing on the bench in the class
listening to the lazy sound that the fan made.
You have watched the round-clock-heads of your bright classmates,
bright haired, bright eyed, bright like the morning yolk.
You have seen the bright black boards too. Tasted chalk powder.
Black and white,
black and white,
like the TV in your dining room. You have seen,

The bent lips of teachers, who lectured you of moral things,
of moral beings— their faces taller than their age.
Many a days you have slept standing on that bench.

2.
Madam D’s love for Mills
and Boons she stored from yester years
was shared by your class prefect
and many of his elite peers.

The Math teacher was all the same,
started his class with a slap on your face.
When others laughed, you looked at them,
counting their teeth, they lost with age.

The biology teacher once caught you smiling,
while lecturing on a course on Reproduction
On another occasion, you were punished
for singing during the class examination.

You were one of us, the dumber kind
So you didn’t bother ‘bout your loss of pride.

You could not breathe
when the teachers probed.

And so our beloved school Holy Cross sailed
and our love for thee never failed.

Almost Kalain
and baba gets restless for tea.
Between intervals of sleep, he wakes up to check
how far we have reached. As we cross the bare fields at Gumrah, I look behind to see the blue mountains we have left behind, feel the rush of air on my face. I look at baba and think, it was he who taught me about roads.

The bus stops for tea near Kalainchora, at a tea stall run by two wives
of an old Muslim owner. I see him sleeping on the clay-wiped floor behind,
while his two wives serve us.
One wearing an jainkyrshah over a saree, other a phanek
They talk to us in fluent Sylheti

I can’t find that shop now
Nor, can I see Baba.

(1) Previously published in The Bangalore Review