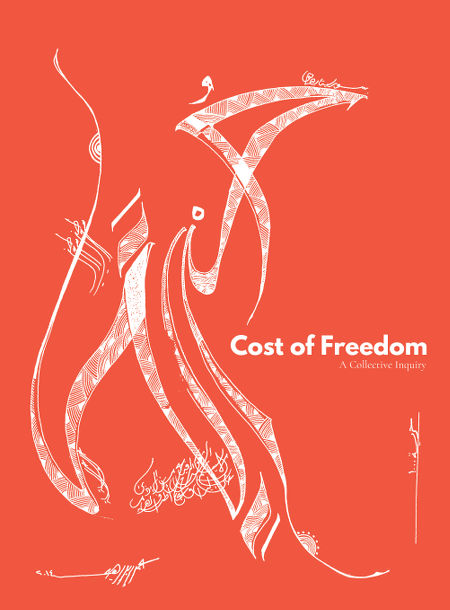 It’s been a long time since the Star brought you a weekly e-book. We figured it was about time to restart that neglected feature.

This week we return to our roots and talk about freedom, not just in the political sense, but in the social, moral and economic sense. The imprisonment of Bassel Khartabil, the Syrian free culture activist, in March of 2012 sent a wake-up call to free culture activists around the world. Where arguments about freedom in culture in the Western world had taken place on a level almost academic in its privilege, freedom in the Levant and the Maghreb was no abstract discussion. In a region of pocket dictators, it was, and remains, as serious as your life. Bassel Kartabil fought to free his culture and wound up in jail for his troubles. He is still there, to the best of anyone’s knowledge.

To commemorate Bassel Khartabil’s struggle, Creative Commons compiled this book of 27 authors and their connections to Mr. Khartabil called The Cost of Freedom. As they write:

Considering the costs borne by millions to obtain, for example, freedom from slavery or freedom to vote, free knowledge movements seem rather safe and straightforward. By contrast, to consider the costs of free culture, free software or open scientific research may look adventurous, or perhaps just presumptuous. But this is what we will attempt to do, with appropriate humility. This book wants to discuss how free knowledge movements are built and the real costs attached to them. Activists, artists, designers, developers, researchers, and writers involved with free knowledge movements have worked together to see further than the fog of our news feeds and produce some sense from our different experiences.

These battles are not half so far apart as one might think. While the case of Aaron Swartz might suggest otherwise, Westerners don’t generally have guns jammed into their throats for suggesting that publicly-funded research should be available to everyone. Their battle is different. There, the gun in their throats is economic intimidation: do what we say or we will bankrupt you and possibly imprison you. It’s several steps removed from having the army come to your house and toss you into a political prison, but the premise is similar. Threaten the livelihood of entitled corporate businesses and shame your public officials (as Swartz did) and we will hound you to death.

The Cost of Freedom is higher for some than others, but everyone pays it. This book is dedicated to Bassel and looks toward a better, freer future.

Also, check out the Disquiet Junto project Text-to-Speech-to-Free, in which 27 artists respond musically to The Cost of Freedom book.