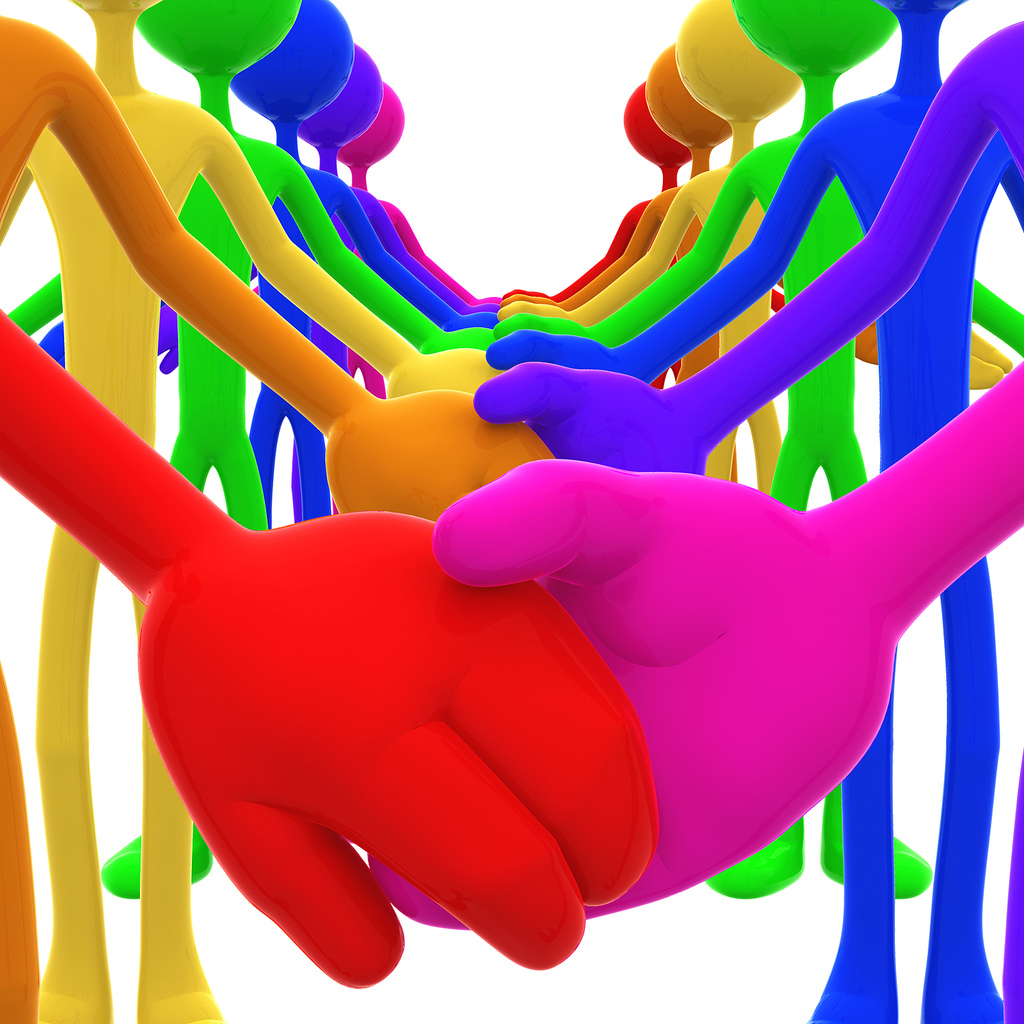 Here’s a simple question: What do you think diversity means? If you answered something like “recognizing underrepresented minority populations,” you’re a little behind the times. That’s what diversity used to mean. Today, diversity is “synonymous with profit-making,” if it hasn’t been completely rendered meaningless.

So writes Jeff Chang in his new book, We Gon’ Be Alright: Notes on Race and Resegregation. Chang’s book sees the United States as a nation that has lost its long-shared vision of a society offering fair and equal access to all resources, what Chang terms racial and cultural equity. If there’s a single moment to plot that loss, it would be 1989, which “marks the peak year of school desegregation.”

Since then, the United States has lost its focus on desegregation and racial equality. Instead, efforts shifted to diversity initiatives, which were designed to create a more equitable culture, but have been too often appropriated by existing power systems. Rather than providing access and power to people of color, diversity became good business that “allows whites to remove themselves [from historical causes of inequality] while requiring the Other to continue performing for them.” That shift, Chang argues, has led to resegregation and racial crisis.

Chang’s book doesn’t simply recall facts of America’s racial resegregation. We Gon’ Be Alright is not a pessimistic review of failure; it’s much more complex than that. In that way, Chang reflects the namesake of his book: the song “Alright” by rapper Kendrick Lamar. “Alright” has been called “an anthem for Black Lives Matter”; in it Lamar marries verses about the struggles of daily life (“I recognize you’re looking at me for the pay cut”) with optimistic chorus for the future (“Do you feel me? We gon’ be alright”).

I recently spoke with Jeff Chang about how we lost our focus on equality and desegregation, why racial equality matters for White people, and whether we really are going to be all right.

This conversation has been lightly edited.

Chris Finke: Can you tell me how we got to this state of resegregation?

Since then, we’ve unraveled that consensus pretty dramatically, and allowed that infrastructure to fall into disrepair.

Fair housing laws and fair lending laws are not being enforced. Groups are getting together to undo segregation orders [such as annexation of communities of color or the destruction of low-income project housing] to decrease affordable housing options. Even in popular culture, where we seem to have made huge strides, we have a situation like #OscarsSoWhite. We are periodically reminded of the overwhelming Whiteness of the culture sector.

Finke: You argue that resegregation hurts the entire American culture. How does the loss of that national consensus hurt White America?

Chang: That’s a great question that White Americans increasingly need to confront. We are heading toward a country that’s going to be majority-minority by 2042. Already, kindergarten is majority-minority across the United States. We have to figure out what a majority is going to look like.

It’s important for Whites to understand that their future is bound up and interconnected with every other racial group in this country. Equality is a win for everyone. Moving toward equity stabilizes us and allows us to become much more of a vital country, much more of a sustainable country, [so] we can focus on the major issues that are going to be impacting us all in the middle of the century: climate change, economic injustice, and so forth.

Finke: Have you thought about what the nation would look like if cultural equity was attained?

Chang: Cultural equity mirrors equity in other areas, such as housing, schooling, health. It’s a question of who has access to culture, who has representation, and ultimately who has the power. In the cultural realm there is increasing representation by groups who were historically invisible and marginalized. We can just look at TV right now, with Queen Sugar, Atlanta, and Mr. Robot. These are stories and characters familiar to many of us but who have not been visible to the mainstream. So we’ve made progress on representation, but there’s still the question of access and power.

Do people have access to their cultural legacies? Are people able to share those legacies? We can’t even get De La Soul’s albums on iTunes. We’re not talking about ancient history.

And who holds the power? We just got our first executive of color for a major network last year at ABC. Spike Lee still reminds us that the people making decisions in Hollywood are White. There is no person of color who can greenlight a project for him.

Finke: In your book you ask, “Is diversity for White people?” How are diversity initiatives really benefiting White people more than people of color?

Chang: Diversity is not a radical idea anymore. It’s possible to have visible diversity—I call it the picture of diversity—without any steps being taken toward improving equity for all.

That’s so basic but it needs to be hammered home over and over again. [Emmys host] Jimmy Kimmel was pretty pointed when he said, “The only thing Hollywood values more than diversity is congratulating itself for how much it says it values diversity.” That was hilarious because it was so true.

Finke: The first few sections of your book are about equity and diversity. That contrasts with the second half, where you write about Michael Brown’s death in Ferguson, what you call “Day 1,” and the growth of Black Lives Matter and “radical diversity.”

Chang: Alicia [Garza of Black Lives Matter] said it in her manifesto: This is not about respectability politics; it’s about lifting up all parts of the community that have been invisibilized. Black trans people, Black queer people, Black people in prisons, young Black people, Black poor people. All these folks didn’t have a way to move toward the center of movement leadership.

What you see in Ferguson is that those are exactly the folks who begin the uprising, and the ongoing protest. They’re the ones who challenge the traditional leadership that was created and sustained through a bargaining process with White power structures, all through the process to continue to keep the doors open to recognize and value their own leadership. To really get at the folks who are most vulnerable to police violence, to this whole constellation of issues that have separated, created huge inequalities racially in this country.

Chang: What it’s done is made a space for this explosion of ideas and thoughts to move us toward change. Not the kind of change that Donald Trump is for, which is restorationist change, but transformational change. That’s liberating for everyone.

Finke: We Gon’ Be Alright opens with a discussion of Donald Trump’s message “that we won’t let people take advantage of us” and how that feeds the notion of racial apocalypse. What do you think are our pathways out of resegregation and away from this apocalyptic vision?

Chang: We need to realize that there are pathways forward that are not zero sum. They are not about raising people up at the expense of someone else, which is how the White racial apocalyptic crowd wants to frame things. If one group is rising, the other is falling.

The fact is 99 percent of us are falling. The only way to turn that around is to recognize the groups that are most marginalized are the ones that have the best ideas on how to make this work. And to recognize that joining the fight for racial justice and cultural equity is about lifting everybody up and moving all of us forward.

Finke: Are you optimistic about the future when it comes to racial and cultural equity?

Chang: That’s a tough question. In some ways, we frame this as a dichotomy: You’re either really cynical and pessimistic about what’s going on in the world, or you have an irrational exuberance going on. There’s like a whiplash one has between, say, the image of Obama being elected and the image of Michael Brown in the street on Canfield Drive.

Everything is so much more complicated than that. It’s a daily struggle. The reason “Alright” has become such an anthem, not just for the Movement for Black Lives but for youth-driven movements, undocumented folks, immigrant folks, campus student protestors, is that 95 percent of the lyrics are about daily struggle.

But even with all that, he’s able to say, If we’re together, if God’s got us, we’re going to be “alright.” It’s an affirmation that even amidst all these reasons to be despairing and down, that folks have survived for all these years, and we’re going to figure out a way to do it as well. And the direction is still pointed toward justice.

Saying we’re going to be “alright” is like saying yes to everything. Yes to a future we can wake up to every morning and fight for. Because it can be ours.