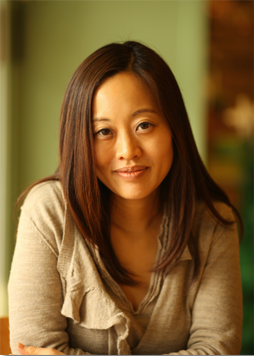 Almost every story in Krys Lee’s collection Drifting House pulls you in, and begins to work with you as patiently as a novel. A bit of deft characterization here, a subtle pull at your sympathies there, and twenty pages pass quickly by.  In “ A Temporary Marriage,” a mother from Seoul emigrates to Culver City, California to find her lost daughter. The title story follows a trio of siblings through famine and survival in North Korea. “The Goose Father” adds a touch of magic realism to the collection, and suggests that magic realism may be as simple (and as difficult) as seeing the world through another’s eyes. Lee has created a compelling kaleidoscope of stories set in North Korea, South Korea, and the United States. Drifting House is no linear immigrant’s journey, but a collection that uses migration (both literal and psychological) in order to unsettle our ideas of home, nation, family, class, and gender relations.

Drifting House has garnered already early critical praise, earning comparisons to the work of Chang-Rae Lee and Jhumpa Lahiri. Other connections might be found to Henry James in Lee’s skillful use of omniscient narration and psychological complexity. Though she was born in Seoul and grew up partly in California, she also has a few ties to Washington State. She now lives in Seoul, and some of her work is based on her activist work with North Korean defectors. She is reading at the Seattle branch of the University Bookstore on the second leg of her book tour, and was kind enough to answer some questions for us.

Congratulations on the early reviews of Drifting House! And welcome back to Washington. Your bio mentions that you grew up here, partly, and your book acknowledgments mention UW creative writing prof Heather McHugh as one of your teachers. Can you tell us a bit more about your ties here?

I studied poetry with Heather McHugh at UCLA when she was a visiting writer there, but I do have another Seattle connection. I attended Shorecrest High School for a few years during an important period of my tour. I still have a few friends from that period that I’ll be reconnecting with on the book tour, and hope I have more chances to return, as it’s such a beautiful state.

One of the pleasures of reading Drifting House is that as a collection, it carries so many points of view (third-person limited, first-person, second-person), yet delves deeply into each one. Many “debut” authors begin in first-person, but this collection uses so many.  What helps you choose a point of view to tell the story?

The point of view comes to me in the first sentence that pulls me into the narrative. I’m a pretty instinctual writer in that sense, but I found that the first impulse towards a story is usually the most honest one.

I think society exerts an enormous influence on individuals, whether they are aware of it or not. That relationship tends to be a pretty tense one wherever one lives because the individual is in constant negotiation with the society’s laws and values. We live pressured by the forces of our smaller societies–the family, the school and neighborhood, the workplace–and the larger national landscape, and often, what the individual needs and desires is in conflict with these social forces. In my case, because I’m most intimate with Koreans, my stories focus on this struggle for life on their own terms in South and North Korea, and the Korean communities of the U.S.

Some of the stories are particularly wrenching, especially the title story, and “The Believer.” What did it take for you to write these?

I physically experience the stories I write, so writing a story such as “The Believer” was wrenching and left me tearful, whereas writing “At the Edge of the World” had me laughing throughout the process. Writing in general is quite taxing when you invest yourself emotionally in the work, which is the only way I know how to write. Call it method acting for writers.

What’s been the biggest surprise about the publication or writing process so far?

The biggest surprise was watching a bidding war between eight major publishing houses happen over a short story collection two-book deal. This, I’d never have expected in the present economic environment. I’ve been told that the stories have the feel and scope of a novel, but I feel very lucky.