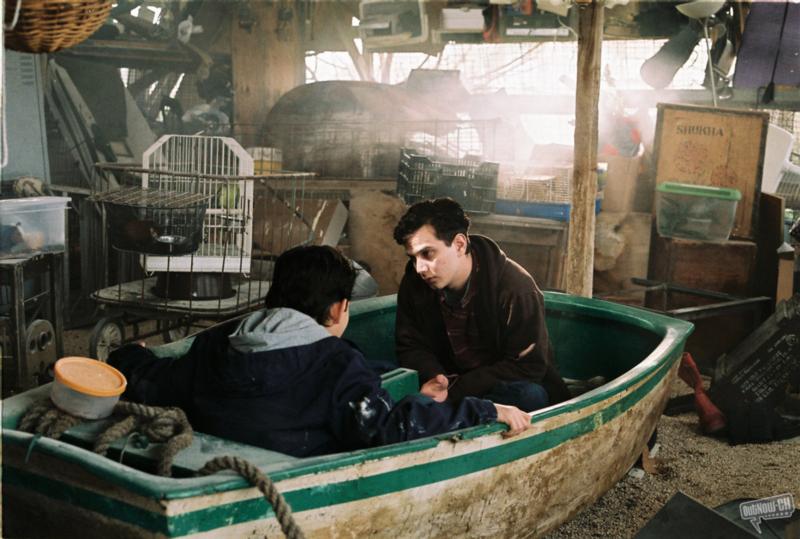 There is an undeniable quality to Israeli films, whatever genre they might fall into, that is sometimes difficult to put into words; the raw honesty of the characters, the bitter sweetness of the Israeli version of a “happy ending.” Even a film that mixes comedy and drama often contains an underlying tone that in not-so-many-words communicates that even the most common complications are made more difficult by the harshness of Israeli life.

This year’s opening film, as part of the “Spotlight on Sephardic” series at the Seattle Jewish Film Festival was Mabul (The Flood). The story told in Mabul is not an inherently Jewish or Israeli one, it is the brutally honest story of a family struggling with dysfunction. Israeli film maker, Guy Nattiv brings us into the bleak world of the Roshko family. We come to find out that husband and wife have a son that is autistic and do not know how to deal with raising him. The family is forced to face the inevitable reality that their son must be placed in an institution. Even though they go on to have another child, the second child is not a reparation for the clearly strained relationship between husband and wife. Twelve years goes by and the couple is estranged, the younger son going through the pains of becoming a teenager, and they all seem content to go through the motions of dysfunctional, yet livable, circumstances.

Suddenly there is massive upheaval when the older son must return home from the institution. The family’s hidden, controlled unhappiness now becomes advertised chaos as the parents and brother are forced to deal with an uncontrollable circumstance. Each member of the family that was carefully holding themselves together now begins to crumble as their lives go spinning out of control. Amongst the chaos, though, the family is brought together, in a way, through having to face the truth and deal with what they’d been ignoring for years.

What does turn this film from a story that could take place anywhere at any time into a Jewish film is the use of the story of Noah. Throughout the film, the younger son, Yoni, is practicing for his bar mitzvah. His torah portion happens (not coincidentally) to be the story of Noah and the great flood. As a fairly recognizable biblical passage, those watching the film can draw the parallels between the story of Noah and the events unfolding between the characters on screen. The way that the film uses the symbolic elements of the flood story and the impending disaster that the family is doomed to face is beautifully orchestrated.

The fleshed out, humanistic and relatable qualities of each character in this film make it virtually impossible not to become invested in the outcome of the story. We find ourselves drawn in by the honesty of human tragedy and no character in the film is easily blamed or easy to despise. While each one of them has tragic flaws and has committed sins, we can all sympathize with the humanity of it all. The only innocent character is the older brother, Tomer, who, through no premeditated grand design, brings the flood upon the family and inevitably washes away the sins that have befallen them.

As I mentioned, the film has a distinctly Israeli quality to it in the sense that it revels in a brutal honesty, a raw depiction of human existence. The underlying message and tone of the film is not to lure people into a false sense of hope, that everything will turn out just fine in the end, but rather to show that life is hard and shit happens. But the human spirit finds ways to persevere through even the worst circumstances and, you know, life goes on. The symbolic use of the Noah story was clever and worked well within the confines of the story being told; definitely subtle enough throughout the film that it wasn’t until the very end that the title and underlying theme came together.

The Seattle Jewish Film Festival runs through March 25 at venues throughout the city, please visit their website for full details.