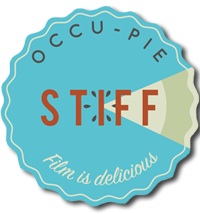 We here at the Star have remarked upon the peculiarly Seattle phenomenon of only getting behind some of its institutions, and then, only if it has received attention from elsewhere. There are exceptions to this, but for every Bumbershoot, SAM and Seattle Rep, there are untold hundreds of smaller, lesser known organizations that receive very little attention.

Consider the case of the Seattle True Independent Film Festival (STIFF): Now seven years old, STIFF has essentially toiled in the shadow of its much more established and celebrated competition, the Seattle International Film Festival (SIFF). The reasons for this make sense, SIFF has been around longer, for one thing; SIFF programming largely consists of films that are either well-budgeted, or festival winners, or already have distribution deals; and SIFF has built itself to become the largest film festival in the nation. At the same time, STIFF hasn’t helped its cause in a couple of major ways: In an attempt to tap into a rebellious spirit, it has primarily been scheduled to take place at the same time as SIFF, and it hasn’t really made itself known to the general public, outside of a few circles.

Instead, the organization has spent its energies in putting together the kind of daring, risky and eclectic programming you won’t be able to find during SIFF’s more traditional schedule. This includes, but isn’t limited to, local independent filmmakers, experimental films, grindhouse cult films from the international market, a student film block, non-kid-friendly animation, and a secret screening of a local movie about to embark on the festival circuit. You can find the full STIFF calendar here.

These are films you are probably not going to be able to see elsewhere, unless they start building word of mouth; that kind of buzz begins at festivals like STIFF. By rights, we should be lavishing STIFF with the same kind of attention afforded to festivals like Slamdance, Austin’s SxSW, and the Tribeca Film Festival, and this year, festival planners have made it easier to take note: They’ve set the Fest to take place away from the bustle and noise generated by its bigger sibling — STIFF is running through this Thursday.