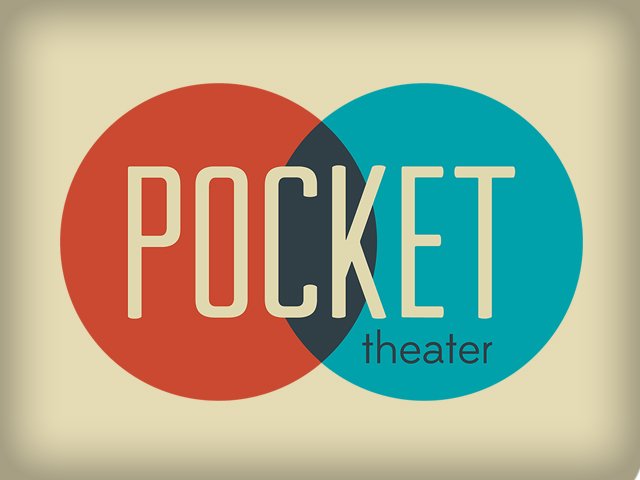 Don’t let the diminutive name fool you, The Pocket Theater has some big things on the horizon. Clayton Weller, the current Artistic Director of SketchFest Seattle and member/co-founder of popular comedy group the Ubiquitous They, came up with the idea to launch a theater space that will be as advantageous to the performers as it is to the audience. Specifically, he wanted to give something that many theaters don’t have the resources to provide: a free space to perform.

That’s right, nobody would have to pay to perform at The Pocket Theater, ever.

How did he do this? First, the money raised through the theater’s Kickstarter campaign met its initial goal of eight thousand dollars in a little over 8 hours–the going rate of a high priced hooker. Hopefully, there’s a much smaller chance of an STD, but that remains to be seen. What we know for sure is that the time for this type of theater model has more than come–that’s what she said. (Sorry, I had to segue out of the hooker thing…)

Each performer or group will be vetted or already be a familiar entity to the company’s administration in order to remain consistent quality-wise. The type of entertainment provided in the space will range from all forms of comedy to serious theater to music and everything in between and the best part is,no one will ever have to pay to perform, did I already mention that? Had to’ve already, because it’s just so cool.

Word has spread about this awesome idea, and reached the distant shores of TJ Miller, who contributed to the Kickstarter campaign. For those who don’t know, Miller is a nationally renown, headlining comedian, film and television actor who has played substantial roles in She’s Out of My League, Cloverfield and has provided the voice of Tuffnut in How to Train Your Dragon–he will also be performing at The Pocket soon.

Although, us not-so-famous-folk will be able to contribute as well. As the time of publication, the aforementioned Kickstarter campaign has now surpassed their initial goal by tens of thousands of dollars; as much as nearly 300% of their initial goal. It just goes to show how important the arts are to folks and how much people want to see a flexible theater model.

There’s still time to contribute to the campaign, in case you’d like to get in on the deal. There are great incentive programs for contributing and each level has a different perk for audience members. As little as $15 can score you a ticket to a future show; $100 and up means you’ll be able to attend one show a month for a year; and much more!

Artists benefit from donating as well; donations can score anything from free rehearsal time to free master classes in improv, both short- and long-form, performing stand up, writing sketch comedy, among others. Other ongoing perks for anyone performing at the theater include help with promotion; free classes offered once the run of a production is over; as well as free hi-resolution video recording of each show.

The campaign ends at midnight on Sunday; if you visit the theater’s website, it will explain how your donation will be used. With a substantial final push they can reach their goal of new, more comfortable theater seats and a long life for the kind of theater we have all been waiting for.