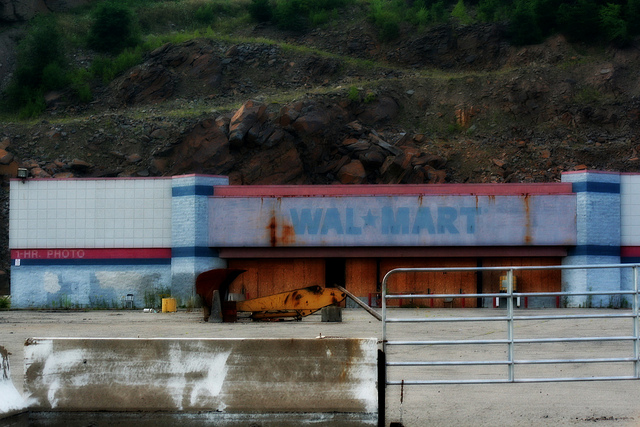 I remember walking through a decrepit city. I am not alone. I do not remember who I am with, adult or child. Wife or child. Both, but only one. Both in one person, a conflation, an amalgamation, an imagination. My wife when she is younger than she is now, but older than a child, the child one of mine, no younger than now. Which child? All of them. The child then is more boy than girl, three-fourths boy mathematically speaking, which is a careless way to speak in this instance. I will not figure out the ratio when combined with my wife, who is a woman, and how many girls and boys does it take to make one woman? For it is not that this other is a proportional combination of them, but the other is all of them at once, each of them individually with their individual traits and distinct beauties. They, the other, walk beside me and hold my right hand or just my right middle finger, the one with the dent inside the outermost knuckle. My left hand is free. There is a ring and no ring on the ring finger; this is before and after I am married; I continually feel the feeling of my finger entering the ring while the remainder of my finger exits.

We are walking to the park the grocery the bank the library the post office. It is spring, and that and the other holding my hand is enough for the moment.

What if the second steps are the same as the first? What if the second steps are our steps preceding us? There are two of us. What if both steps are ours preceding us? What of Palo? Are we the same? Are we? It doesn’t matter. It’s irrelevant. Do they look the same? They? The steps. The second looks smaller. Do we look the same? It’s getting harder to see. He could be shrinking. You’re suggesting they’re both his steps, he’s just smaller the second time through. Soon he’ll be impossible to see. I don’t see him now. Find him. You find him. We find him. Now? No, we are finding him. We are? We are trying. Why? We have no choice. Really? That’s what it feels like. Why? Maybe because that’s our function, that’s why we exist. You’re saying if we choose the other, the not trying, the not finding, we cease to exist. In not so many words.

We arrive where we’re going. We play on the swings, on the teeter-totter, on the jungle gym. We deposit and withdraw money. We buy cabbage and return books. We buy discounted bruised overripe bananas and check out new free old books and accidentally smear banana on them because we accidentally smear banana on our hands when we purposefully eat the overripe bananas on a park bench overlooking a goose-laden lake. With money we withdraw, we post mail within which are checks drawing on our invisible account. The mailman gives us a knowing smile because he knows us. This is what we do. We kiss on a park bench overlooking a swan-laden lake. We do not smell like overripe bananas because we have not eaten overripe bananas because you do not kiss after eating overripe bananas.

And what of the other? The other is what we’ve been discussing. Oh, well then, what of the other other? Isn’t that the original? Are there only two? Could you be more precise with your language? As in more specific? As in saying something that actually says something. I am. Oh, I didn’t know. Getting more specific in the actuality of what I am saying is precisely what I am doing, if you please. I’m sorry. What I’m specifically saying, if you’ll listen with some goddam precision, is the actualization of your original undefined, unrealized present participle. Which one is that? The trying, but it doesn’t matter, I am giving up, if I have to explain everything, I am giving up. I understand, completely and utterly. Listen, my question is, what if we find him? What if indeed? Do we too then cease to exist? Too, as in also? Precisely. You are depressing. We have already established that we cease to exist if the other, as we now have if the other other. Hypothesized, not established, I quibble with your wordchoice. Which means either the cessation or the realization of our current present continuing action ceases us. You’re talking about the trying, the searching, the finding. I’m talking about dying. Well, you don’t paint a pretty picture amigo, but listen to this, I am going to lay a nice treat on your plate if you just keep walking and following me following these steps. I’m in front. I’m in front. We can’t both be right. Which way are we going? Why? Therein lies the answer. This way. This way. Just don’t stop walking or we cease to exist. We exist now and so even when we stop existing we will have existed forever and no one can ever take that away from us. Is that enough? Irrelevant, that’s all there is. Is that what you were going to say? I said it. I mean is that the end? Don’t stop walking. That was the treat as you called it, laid on my plate, a treat like I’m a dog, on my plate like it’s sustenance or something sweet to get me through the afternoon. Yes, that’s it. Because what they take from us is us. Who is they? What is taken from us is us. Us us us, what about Palo? What about him? Where is he? Don’t get depressed, we’ll find him. Just hold the line. What line? The straight one, or else you’ll walk in a circle. How do I walk in a straight line? A straight line is defined by connecting two points by a straight line. What happens when I arrive at the second point? It becomes your first point and you find another second point. What if the new second point is not in line with the original first point? Well that is just what’s bound to happen, you walk in a short straight line but not in a longer straight line, and as you continue to do this in short straight segments you describe a curve, and as the curve becomes longer and your straight segments become smaller in relation to the curvature of the curve, well, you begin to have something to do with calculus and the definition of an integral of a function.

That was the space where you say something. Where are you? I … I don’t know how to go on alone. Have you left me and why? I know I am wordy, but is that a good enough reason to abandon me here alone in the woods? Where are you? I won’t try to argue with you to come back but I want you to come back. I won’t speak of calculus anymore. Or of circles and lines, others have said it and better. Perhaps you left me for them. I won’t argue. I want you to come back for me, not for the value of my argument. Where are you? What does one do while alone? One talks to oneself. Which should help me find out something about my nature. I am alone I am alone I am alone. Where are you? Are you listening? Are you hiding? I am no good at finding. Don’t leave me. And don’t forget there is Palo to think of. Think of me and think of Palo. I see Palo. I see.

We find Palo. We are finding Palo. We are in Palo. Suddenly we do not cease to exist. We are more properly slowly subsumed, consumed, quickly absorbed, ingested, immediately masticated, digested, promptly sublimated in due course to say the least, by him. We are not alone and never will be.

I am Palo. Which means nothing. It is possible you were the raccoon, but now you are Palo. It is possible you were the raccoon’s consciousness lagging behind the raccoon, desperate to catch up, following the raccoon and my tracks. It is possible and not true and an inadequate explanation, inadequate being part of the definition of explanation, and I do not care. You are Palo, the raccoon is Palo, we are Palo, I am Palo. I ate the raccoon. I think. Yes, I did. He is not here. I am here, in a way, unfortunately. First I kicked it under the chin with my right boot, which dazed it. Second I smashed its head between two rocks I clapped like cymbals though the noise it made was more a thud. Third I ate the raccoon. Between second and third I pretended a stone was a knife and gutted and skinned the raccoon. Third I ate the raccoon. Fourth I made a breechclout from the raccoon by turning the raccoon skin upside down and keeping the fur side out and tying the left foreleg and hind leg together over my right hip and the right foreleg and hind leg together over my left hip. In this way the mashed raccoon head hangs upside down mouth agape below my bellybutton to hide my pubic region and the striped raccoon tail dangles down from my backside. Between third and fourth I vomited some. It was not the raccoon’s fault. I was sick of seeing and feeling myself. I decided to make the breechclout. Fourth I made the breechclout. Fifth I wish I had water or time or smoke or a better stone or the inclination to properly scrape and wash and cure the hide but before considering this I crushed the raccoon’s head between stones because some infernal clock told me the raccoon was slowing me down and I did not have time and it was time to continue going it alone or perhaps it is not an infernal clock if it objectively informs me I have a long way yet to go and limited resources and a hatsack of stones and I have to use the bathroom and I have no paper but leaves and I do have stones but I will not sit on this hollow stump and think of stools. I will go home to my wife and all my children whom I scarcely remember and I cannot remember and I cannot think of them because to think of them is to think of me, to remember them is to remember me and I cannot think of me. No becauses. No explanation. No expression. Because I will split and split and split, a maul to a round, a stone to a skull, a bacteria in a wound, a bacteria in a gut, an atom in a star, an atom in a star does the opposite of split but it is still the same thing, I would forever split the distance between here and home and never arrive home. I let myself go. All my energy goes into notthinking, into silencing the inner monologue, into quieting my voice, into not being me, so I can be. Why be? Shh. I don’t know. Shh. Remember Reb and all the children. Shh. Forget them. Shh. Don’t forget them. Shh. But do not think of them. Shh. Do not think of them. Shh. Just go to them. Shh. Am I what I have done? Shh. Whose words are these? Shh. Just go to them. Shh. Whatever I am. Shh. No I. Shh. To be with them. Shh. The rest of the energy goes into walking.