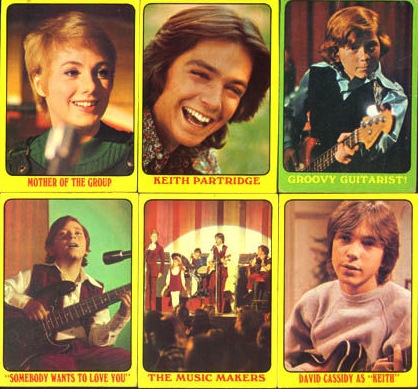 She had big, beautiful eyes.

Her name was Nikki.

I guess you could say she was my first crush.

We were both in the third grade at Graham Hill Elementary. She was in the other class, but I would see her in the playground during recess.

I’m not sure when I first noticed her, but the moment I saw those eyes, I was captivated. I could not stop thinking about her.

But, I was kind of shy, and I couldn’t think of a good way to approach her. It didn’t feel like I had many options: we weren’t in the same class, I wasn’t the best-looking kid, and I couldn’t impress her with feats of athleticism. I was more or less the class brainiac, with dorky glasses.

I thought about this for what felt like weeks—but was probably just a couple of days. (After all, time seems to move a lot slower when you’re eight years old.)

I was starting to lose all hope of ever getting this girl’s attention, when it suddenly came to me. The one thing that would fix everything. The solution to my dilemma. It was so perfect it couldn’t fail.

It was 1972, and The Partridge Family occupied the 8:30 slot in that classic ABC Friday night lineup: The Brady Bunch, The Partridge Family, Room 222 (we can talk about Karen Valentine and Denise Nicholas another time), The Odd Couple, and Love, American Style.

Anyway, the show was at the peak of its popularity, and girls loved David Cassidy.

(I was on to something here.)

(You can probably see where this is going.)

I decided that I would give Nikki some of my Partridge Family cards. Not the good ones, of course—I was shy, but I wasn’t stupid. I’d give her some of my duplicates.

See, the thing about collecting bubblegum cards was that you always ended up with duplicates, those same cards that seemed to be in every single pack—so you’d end up with at least four or five of them. You couldn’t trade them, because everybody else had at least four or five of them as well. And I couldn’t trade these, because, well, who collected Partridge Family cards?

Anyway, the plan was now in place. I’d give her the duplicate Partridge Family bubblegum cards, she would be so overcome with gratitude that she would instantly fall madly in love with me, and then…

Well, I was eight years old; it didn’t occur to me to think beyond “overcome with gratitude” and “fall madly in love with me.”

So, I went through my stack of duplicates, picked out about a dozen cards, and put a rubber band around them. I was ready. Tomorrow…would be the day.

After what felt like the longest day of my life, school finally let out. I found Nikki at her locker. With my heart pounding, I went up to her, held out the pack of duplicate Partridge Family bubblegum cards that I couldn’t trade because, well, who collected Partridge Family cards, and said, “These are for you.”

She looked at the cards, looked at me, and said, “No.”

I had not expected this response. Maybe she didn’t realize the significance of me offering her the packaged essence of David Cassidy in duplicate Partridge Family bubblegum card form as a way of demonstrating the sincerity of my affections. I took a breath…and offered them again—this time, adding the personal element to my appeal.

My brilliant plan did not seem to be working. Defeated and confused, I walked away.

Fortunately, I was able to avoid further embarrassment from the incident, as Nikki was not at my school for much longer. I didn’t see her again after that school year.

Unfortunately, the memory of what I now refer to as “The Nikki Incident” stuck with me, and would rear its ugly head every time a girl caught my eye. In junior high, and on into high school, whatever scenario came into my head, my imagination would always skip over all other possible outcomes, and jump directly to “no.”

This was true even when the girl seemed to kind of like me. Not even when I was a sophomore and Jennifer’s tongue was in my mouth did I have even the slightest inkling that she had any interest in me.

(And by “in my mouth”, I mean going up the side of my nose. Because I wasn’t expecting her to kiss me—even though we were slow dancing to Billy Joel’s “Just the Way You Are”, and our best friends were already making out next to us.)

Still, I managed to lose my virginity at sixteen, to a girl who was a junior at another school—and had, at one point, been my best friend’s girlfriend. She was assertive enough that even I had no room for doubt.

Besides, she had big, beautiful eyes.

We eventually became a couple. But, she confused love with sex, and I was insecure, and often jealous. This combination did not make for a lasting relationship; after six months, I broke it off.

The basic pattern I’d fallen into continued into adulthood. I would either not bother trying because I automatically expected rejection, or I’d end up in a relationship with a more assertive girlfriend. Over time, the pattern would expand to include being attracted to women who were essentially unavailable.

(I kind of became a more reserved version of Chandler Bing from Friends. The only differences were that I never hung out with Jennifer Aniston, and I never dated the woman with the big head.)

In the ’90s, I inadvertently fell into another pattern. It was hard to live through, but basically made for a great running joke. From 1992 to 2000, I only had sex during presidential election years: once in 1992, with an ex-girlfriend who’d subsequently gotten married, but seemed to always call me after she’d had an argument with her husband; once in 1996, with a woman who was in the same program as me when I went back to school; and once in 2000, with the same woman from 1996.

Though that pattern was broken in 2001, when I met my future ex-wife for the first time in 21 years, to this day, presidential election years fill me with excitement and a sense of optimism that this is my year!

It almost couldn’t have been more perfect, since the groundwork had already been laid. She found me through classmates.com; we were both on the site, but she actually signed up for a membership so she could e-mail me.

When we met again, she literally jumped into my arms. When we started talking, I remembered all the things that I’d liked about her in the first place. And when she later said that she’d loved me first, loved me the longest, and loved me more than anyone else—well… that was hard to resist.

Besides, she had big, beautiful eyes.

(To be honest, part of me still wondered if this weren’t just some sort of convoluted plot to get revenge on me for breaking up with her back in high school. Obviously, I still had this tendency to immediately imagine the worst possible outcome.)

It felt a little strange at first to be married, with two stepkids, and living in the suburbs, but things actually went well, for the most part.

By 2009, both kids were out on their own, and my dad had helped us get a house in Issaquah.

But, the economy had tanked. My wife got laid off from her job and went on unemployment, while I had just graduated from school again and wasn’t having any luck finding work in my new field.

So, the following year, we found ourselves playing out a real-life version of Brenda and Eddie from Billy Joel’s song “Scenes from an Italian Restaurant.”

There had been tension between us, and one day it turned into an argument. Well, half an argument, because…I let my wife go first. As she rattled off this litany of complaints and frustrations, she got more and more worked up; by the end, she was in tears, and practically screaming.

All I could do was sit there, stunned.

What really got me, though, was when she brought up The Nikki Incident. I’d told her about it at some point in our relationship—and now she was throwing it back at me, telling me to “get over it” and “grow up.”

I had a feeling this might be the beginning of the end. I was right. Last year, a few days before our ninth anniversary, my wife decided to move out.

In the last twelve months, I’ve moved twice, sold our house, got divorced, lost about 20 pounds, and turned 50.

Since I’m basically starting over again, I’ve been thinking about stuff. A lot of stuff. A lot.

One of the things I’ve been thinking about is The Nikki Incident. I’ve come to the conclusion that this childhood episode has cast too long a shadow—that I need to unlearn what I got from it if I expect to make any lasting changes.

So, although the steps I’ve taken so far have mostly been small, I’ve made a point of trying to do things differently.

Most recently, I signed up for this workshop. When I read the description, I figured it would be a perfect opportunity to banish a difficult memory, while confronting my fear of speaking in public.

But probably the biggest thing has been that I actually confessed to a friend of mine that I’d recently developed a crush on her. It was terrifying, awkward, and clumsy, but at least I found the nerve to say something. It didn’t work out—I really wasn’t ready for it anyway—but the response I got was genuine, and very respectful of my feelings; and I’m not carrying it around with me anymore. And, we’re still friends.

Did I mention that she has big, beautiful eyes?