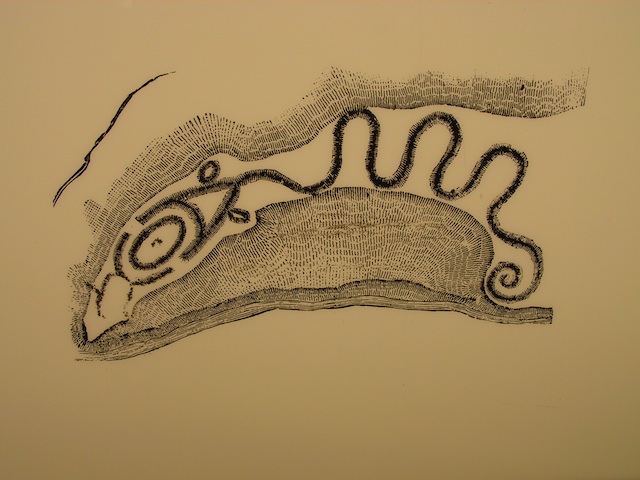 When I was a boy, growing up in the Midwest, like most typical 20th Century American kids at some point we would eventually end up playing Cowboys and Indians. Although at the time I didn’t truly know why, I was always wanting be the Indian. I used to think that I had merely romanticized the notion of the freedom of the Noble Savage.

I was immersed in a culture that was most definitely cowboy-oriented, where the role models were the conquerors, winners, fighters & usurpers, the masters over nature–cowboys. As an infant, my so-called parents were already dressing me up in a cowboy hat with a pair of six-shooters and a little holster. I was supposed to fulfill their dreams, to be their rootin’est, tootin’est, gunslingin’est, kick-ass-boot-stompin’ successful little cowboy.

Now I say my so-called parents dressed me up like this, because they weren’t really my parents: they had simply purchased me. Well, I guess the polite way to say it is they “adopted” me, but really this elderly couple had simply bought me to placate the emptiness of their failing second marriage late in life.

Now among the many odd things my adopted parents Howard and Dorothy did regularly, one of them was to go out west to the mountain to go big game hunting. From the time I was a little kid, I was being trained to be a hunting, killing, gun-slinging cowboy who could take down the big game in the deep wood. As much as I loved being introduced to the Rocky Mountains & the Forests as a kid, it was not the guns, not hunting, and most certainly not killing that caught my attention. It was Nature and the Forest and the Animals that drew me in.

All kids eventually feel a certain disassociation and conflict with their parents as they grow up in search of their own identity. This was true to a much greater extent for a kid like me who was being raised by people who weren’t really his people. I’d been taken from what would have been my natal tribe, and dropped into a stranger’s camp.

I’d always known I was adopted. At some point, not much later in life, I began to become more and more curious about what my real tribe might be…who my real people were.

When I left home at seventeen to venture out into the world in search of where my place of belonging might really be it was 1977, twelve years before the Internet went public. Things we take for granted now like Peoplefinder and Google searches were a long way from even being invented.

While the years passed, I carried this notion of where I belonged; I could only rely on my inner sense of my place in the world–my innate compass. All the while I always felt akin to the forest. I always felt like a barefoot native walking on fertile soil. For instance, when I was in high school we were forced to run what they called the 600 yard dash. It didn’t much appeal to me because I did not like organized sports and all that; nonetheless it was mandatory that we do it for what I think they called the Presidents Health Challenge. To me it simply felt like more forced indoctrination…

Any way I’d be out there running and running around on some paved asphalt oval. About two laps in, I’d begin breathing harder, and the pounding of my heart in my chest would fill me like the beating of a native drum and a sound would begin to emanate out of me, and on my breath I would intone a chant:

At that moment I would go into a reflective, trance like state. And I could see myself as a native boy running through the forest with the deer.

At the time I thought perhaps it was just the way I was sublimating my anguish, just so I could get through the damn 600-yard dash. But years later when I would begin to do masa ewano sweat lodges, with the Esalen Indian tribe and their elder Tahikpas, he taught me to sing many of these songs. As I sang the native chants in the sweat lodge, similar images would come back to me, images that I felt had been with me since my beginning. And now in my adulthood, in the darkness of the lodge, before the heat of the stone people, I feel a deeper resonance with the connective power of the chants.

By 1987 the launch of the Internet was still two years away, so no help in my search was forthcoming there, but as luck or Fate would have it…one morning and over heard them having a conversation: a conversation in which previously hidden details about the truth of my adoption were revealed to me.

I suspect since they were both nearing their mutual deathbeds they were compelled to point me in the direction of my own past, and so armed with only the name of someone, who might know someone, who might still be alive…I was able to get a message to, and eventually meet, my birth mother, Patricia. And in finding and meeting her, she revealed to me my Fathers name, Orlando DiMaria, a Sicilian or so I was told.

Now Orlando is a very illusive character so he had disappeared decades before and no one knew where he was. You see Patricia and Orlando, my real parents, they were sixteen-year-old high school sweetheart lovers. When their parents found out they had conceived me, they were separated and would not see each other for another 40 years (not until I had the opportunity to reintroduce them to one another, but that’s another story…). Patricia’s father had taken it upon himself to sell me over the backyard fence to Howard and Dorothy.

I found out all of this once I met Patricia. But now, even though I had Orlando’s name, another ten years went by. My periodic Internet searches became more prolific, until one day when I located a small cluster of people with his name, and I began sending email in various directions around the country.

One morning, while I was sitting in the Studio working on my next record, the phone rang. On the other end I heard a man’s voice as he announced, “I think I’m looking for someone named — Perry?”

A few days later I was on the shore of Lake Tahoe to meet Orlando. I was forty years old and I was going to meet my father for the very first time.

When we went to lunch, not knowing anything about each other, we ordered the exact same meal and discovered it was our mutual favorite.

When we went to his house & I walked through the door I saw he had the exact same two Golden Retrievers I had waiting for me back at home.

As we talked, we also discovered that when I lived in San Francisco in the 80’s working at the Record Plant studio, he and I had actually lived on the same street in the Sunset district, only two blocks apart. I had moved there to be in the recording biz, and he was there printing Rolling Stone magazine and most of the sleeves for records coming out of the studio where I worked.

The more we talked and got to know one another, the more synchronicities and parallelisms in our lives continued to arise. But as novel as they were, the synchronicities did not exactly add up to familiarity, like I thought it might.

It wasn’t until another ten years went by, just last year, after leaving another sweat lodge with the Esalen tribe, I went to visit him for the 3rd time in my life, this time in Tucson, AZ. He was wintering there, and I was on my way there to attend a dreamwork conference.

We arranged to meet for lunch. He was circumspect about requesting we go to his favorite vegan spot for fear I would not like the food. He didn’t know I too had recently begun to try being vegan, so it would have been among my first choices as well.

While we chatted over our meatless repast, I recounted to him my experience of the previous week, of being back with Thahikpas, my Native elder teacher, and being in the sweat lodge, singing the Native songs, and hearing the Old Wisdom stories. I waxed on poetically and romantically about all of it for some time. I shared how deeply it spoke to me, and touched to be with them.

Orlando could see how much it moved me and finally said, “Well, I’m not surprised you relate to it the way you do. I mean. you’d have no way of knowing, because no one ever told you, but…”

“Told you that your great-grandmother was a full-blooded Cherokee medicine woman.”

In that moment, in an instant, I was vindicated. I was ratified. I was legitimized in my lifelong, innately felt connection to being the Indian – not the Cowboy. I had not simply romanticized it, and I had not simply fantasized it. It was not the vain attempt of an uncertain young boy, looking for a way to escape the difficulty of being tribally dislocated. All along I had simply been hearing the old voices, the bone-knowing voices, from deep inside, calling to me, indicating where, and with whom, I truly belonged.