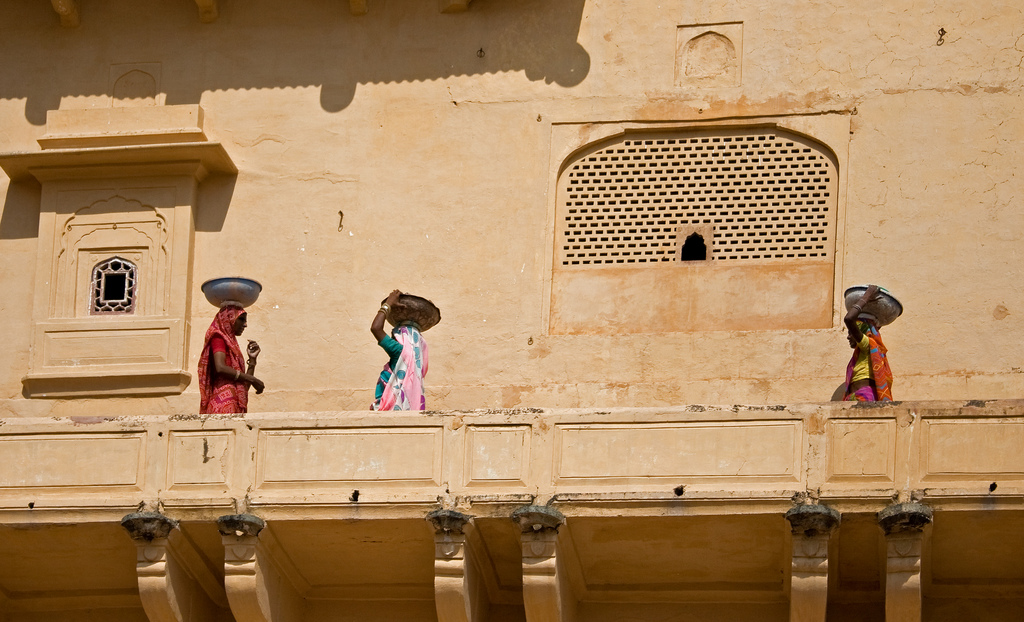 Builder Ram had purchased the lot including the old house and stables for a song. It was in the older part of the city and upwardly mobile people these days preferred newer suburbs with all the mod cons.

Ram loved old things and recalled his grandparent’s grand old mansion which now belonged to his cousins. He too wanted to build a similar house in its full glory and it would be a perfect property for film shoots as well. After all he was a businessman. Before the structure was pulled down, he had salvaged all usable mantles, doors, windows, fixtures et al. Now they were preparing to lay down the foundation. It was then that his laborers found two urns full of ashes. They were covered with red cloths covered in ancient script. The work was halted as the urns were carefully lifted and placed in a secure spot. Ram decided to investigate regarding them.

Three houses down lived an old priest called Shastriji. The priest’s ancestors had looked after the needs of the whole neighborhood since times immemorial. Be it birth, death, marriage or special prayers, they were much in demand. Recorded journals with names of all the family members of every family with detailed history were in his possession. Ram hit pay dirt when one of the local workers told him to approach the priest.

Ram approached. “Greetings Shastriji. I’ve bought that old house three doors down your lane and seek your help”. The priest sat up straight as these days clients were a rare sight.

Shastriji exclaimed, “Oh! So you are the one that bought that house. I know the history of it well. No need to refer to my detailed journals. This will take up a while so I hope you have time to spare. Let’s share a cup of tea first.

That house belonged to Surya Pratap the younger son of Raja Ratan Singh of this state. He was an ascetic and a devout Hindu who preferred all things Indian. He had no love for the East Indian Company and the British upstarts. He was married off to the beautiful second daughter of the royal family of the neighboring State. Sita was so beautiful that Surya Pratap succumbed to her charms in no time. With love and patience she smoothed out the sharp edges of his personality. Surya became mellow and less obdurate in nature.

They had four children. Three sons and one daughter Eldest son and daughter was educated in England at the urging of his wife Sita who herself had schooled there and the other two received their education in local schools and colleges. Their daughter Chandni was incredibly lovely and the family’s lucky charm. Ever since she had been born, many good things had occurred in their lives. Whole family doted on Chandni and she too had a lovable nature. Chandni had long curly dark hair, big almond shaped light blue eyes and perfect features like her mother Sita. She was a great archer and equestrienne too. She met and won many a challenge her three brothers posed. She was their match in every which way and more.

Chandni finished her education in London and returned home to settle down and eventually get married. Many alliances arrived from far corners of the country for her hand. She turned them all down. She wanted to spend more time with her loved ones.

Then, something unexpected happened. A young British officer Peter Pruitt had been sent to the nearby Company Residency as a second in command. He was very handsome and loved all things Indian. He was kind hearted too unlike his haughty supercilious colleagues.

Chandni’s best friend Tara had given a birthday party and Chandni was looking forward to catching up on the local gossip. She dressed herself in simple clothes and even then she was the cynosure of all eyes. Peter Pruitt and his fellow officers had been invited by Tara’s parents as they undertook contract work from the Company on various projects. They managed the local workmen well and hence rarely was there any friction or untoward incidence.

At the very first glance Peter and Chandni fell headlong in love much to the consternation of everyone present. Chandni knew her family would never accept Peter but she had lost control over her wayward heart. Peter’s state was equally bad. His friends too advised him against it as Chandni’s father’s reputation as a stern Hindu was well known. He was inflexible on many fronts. Soon the affair became known to Chandni’s parents and even as the lovers were eloping with the help of her faithful nanny, all the three brothers caught up with the fleeing lovers and in a heated moment, the hot headed eldest brother shot the couple. All present became stunned and he the most of all. He was shocked at what he had done and like a reflex shot himself too.

The remaining two brothers quickly carried the three bodies home. Peter and Chandni’s bodies were secretly taken to an underground cave to be dealt with there. All the servants were sworn to secrecy for fear of repercussions at the hands of the cruel firangi (foreigners). It was decided that since Chandni had disobeyed the family, she and Peter would be secretly cremated and the ashes would be kept in urns and buried deep in a chosen spot by the family priest. The urns were then duly sealed by red square materials that had a fine print of tantric mantras all over. As a punishment, the ashes were not released in the holy Ganges. The lovers were left to languish in anguish till eternity.

The son was given a royal sendoff with all the rituals. And that was the beginning of the end of this family. Their luck ran out with the departure of their lucky charm Chandni and they fell on hard times. Soon everything dwindled- lives, money and the hangers-on leeches. All the fine carpets and fixtures- everything was sold off one by one and finally only the bare bones of this lovely house remained. Hence, this property was sold for a song. People swear that they have seen the lovers’ ghosts on the roof in the evenings.”

Shastriji became silent after that and builder Ram’s mind began racing. He rubbed his hands in secret glee. He was not perturbed at all. This house was going to be used by movie makers and the ghostly touch would be an added allure. But first he vowed to give the lovers a decent sendoff with full fledged rituals and fanfare.

The renovated house’s inauguration and the Lovers’ send off simultaneously would be great publicity. Ram silently chortled to himself. Thanking Shastriji profusely, he hurried off sporting a huge smile on his chubby gum chewing face.