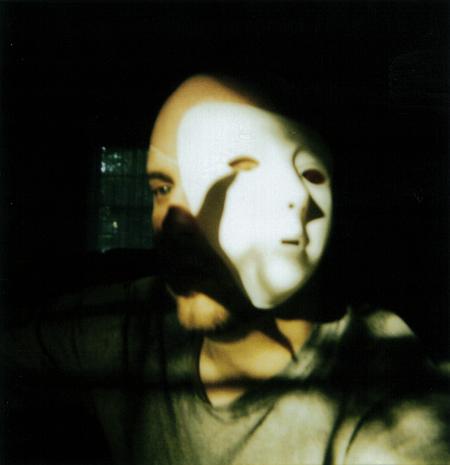 “Hey kids, I’m home!” Dad yelled as the front door closed behind him. “Anybody home?”

I dropped my pencil, mind still half-entangled in the magic of physics, and ran down the stairs to meet him. I don’t know why he always used the plural, even if he was joking about Mom, he’d know she’d be off at work. Cheryl never runs to the door.

“Dad!” I said as we high-fived. I could see Cheryl out of the corner of my eye, listening to her radio and chewing gum. Just cause she’s older she thinks apathy is so cool. Teenagers.

“How’s my little genius?” Dad asked me, as always.

“Stop it,” I said. It’s bad enough being a high school senior at twelve. But at least he doesn’t mean it like the other kids do. I’m just a tool to them.

“Did you finish your homework?” Dad asked.

“On the way down the stairs.”

“Then here, take my briefcase.”

I heard the shot from the kitchen.

James’ eyes fluttered open. His face was pale and sweaty, his hands white, clenching the sheets.

“Your father again?” she asked, concerned.

“Yeah.” James sat up against the headboard, and reached for the lamp on the night stand.

“Why now? That was so long ago James.”

“I don’t know. Maybe just the stress from the conference.”

“Maybe you should ask Leonard to give you some slack. You can’t be the department’s star professor all the time. Can’t you send one of your graduate students next time?”

“We talked about this. I have to be there. It’s my research. I can’t send someone else.”

“Not even Leonard? It’s his work too right? Just for next conference?”

James turned and looked at his wife. “Leonard says I’m next.”

“It’s not official yet,” he smiled, “but yes, Department Head.”

“James! That’s wonderful!” She reached over the bed to him. “You know what this means?”

For James, the sex was a pleasant distraction at least.

The shot echoed in my head long after the dropped briefcase had rattled on the hardwood floor. My eyes swam in a slow motion soup as I ran to the door. Cheryl, back plastered to the wall, still had her headphones in one hand. The other covered her mouth. She was screaming.

Dad hadn’t made it out of the doorway. The crimson puddle forming around his face spread on the floor wax, as his life ebbed out before me. The shot. The hole in the back of his head, the screaming, the crying, whirling around me.

James walked up the large marble steps of Krueman Hall, that evening playing out in his mind. That evening. The police could find no motivation, no explanation for the family man’s death. Cheryl had been the only witness, and she couldn’t give them more than a vague description of the murderer.

Some guy with glasses. One shot and then he was gone.

Weeks after That Evening, Mom sat us down for a talk.

“We’ll need each other to pull through this,” she said between her tears.

“Cheryl, you might not see it now, but you’ll need your little brother here. And James, you’ll need her just as much. I know how much you loved Dad, and right now the best way to show that is to succeed, to help keep this family together and make him proud.”

“Professor Fan!” called this year’s eager eyes. “Did you see the Times?”

Professor James Fan, soon to be Head of Theoretical Physics, grabbed the paper from his graduate student. Pasted across the front page, shoving the latest political scandal to a tiny corner, the headline read: Physicist Unravels Mysteries of Time.

“It’s a good photo of you, Professor.”

I threw the paper down on my desk and hit the phone’s message button.

“James, this is your mother. Just saw your article in today’s paper. Congratulations! You’d have made your father proud.”

Well Mom, that one’s for you.

Cheryl? After Dad, we’d become as close as a physics nerd and moody artist could, but after college we’d drifted apart as I worked on my post-graduate degrees and she traveled Europe.

I sat down and powered up my laptop. The day had finally come, but no stopping, no hesitation now. I quickly navigated to the research files that Leonard would have sold his children for. That is, if he’d known I’d had them. And I deleted every one.

James had finally finished it. In the abandoned basement of Krueman Hall, squirreled away from the eyes of his colleagues and graduate students, he took a final glance at the shithole that had been his hidden workshop. The thick smoke would choke him if he didn’t run. A lifetime’s work in roaring flame: his work. Time to go.

The time machine was small: he had laughed when he realized how small it would be. No gull wing doors, no yellow pages of history. The average person could easily mistake it for a classy, designer blender. He held it awkwardly in his left hand, the digital display reflecting in his glasses, the target date set: February 25, 1974. Twenty minutes–the machine would give him twenty minutes.

With a deep breath, he balanced its weight carefully, then looked at his right hand. The handgun was not much heavier than the time machine.

Tickling. Like being tickled by a million fingers as I fell through the rip in time. It didn’t prepare me for the final pop: I’d been sucked through a giant cosmic swirly, twisted and warped beyond any humanly appropriate dimensions.

I woke up on a freshly cut lawn.

James smiled: though he was several blocks from his childhood home, everything was within calculated margins. He stood and brushed off his coat, and put the gun into his pocket. The machine hadn’t come with him. As the sky dimmed, the street lights flared to light, and he made for the house.

His father’s truck hadn’t arrived, so he scoped the yard. The streets were empty, but to be cautious, he hid in the bushes by the front porch. Through the window, he could make out the form of teenage Cheryl, just as he’d remembered.

“James,” came a whisper from behind me.

“What the–Cheryl?” I stumbled astonished as we hugged. Years had passed since we’d last seen each other. Had she followed me here? The time machine, she must have found the time machine. “What are you doing here?”

“What’re you talking about?”

“You’re here to stop the man who killed Dad. You won’t.”

“Cheryl, what’re you saying? I have to.”

“James,” she’d starting crying, “here.” She handed me a small notebook. I paused a moment, before I realized what it was: her diary, that she’d carried everywhere when we were younger. It had faded and frayed around the edges.

“Cheryl, I don’t have time for games. Dad’ll be home any moment, and then I’m going to save him.”

I opened the book and tried to glance quickly. The light from the window splashed bush shadow over the words. The familiar sound of the truck tires coming up the driveway pulled my attention. Dad. Alive.

“Please,” Cheryl said behind me, grabbing my shoulder. I looked back to her.

“Cheryl, not–” I started, but when I saw her tears I looked down at the diary. The words, hastily scribbled in rage, cut me quick. Pieces of things I’d seen and heard suddenly made sense in a perverse, twisted way that I had never even picked up on. I understood Cheryl now.

Our father was already in the door. I hadn’t been paying attention.

As if she’d read my mind, Cheryl cried my name. But I was already standing and drawing the gun.

In a flash of orange light and with a wet pop, Professor James Fan manifested outside his burning workshop. Thick smoke poured from the stairwells.

He stood with a tear-stained face. He could see Cheryl running down the steps to the workshop. In a moment, she’d be through the door, to follow him back in time, to use the machine that hadn’t saved his father, hadn’t thrown him into another branch of time’s waters. Only one stream for him to call home, a torrent of his own making.

He put the once-used barrel to his temple.