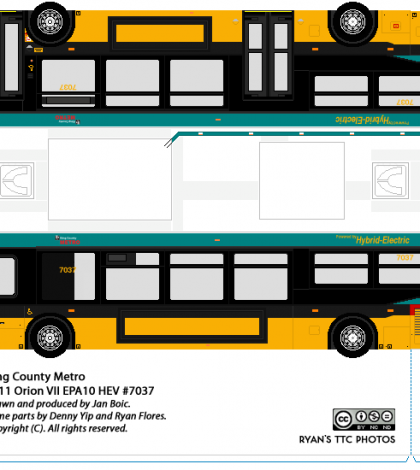 On April 22, the rest of King County figuratively (maybe literally in some cases) waved the middle finger at Seattle by voting down Proposition 1, a tax package that would have prevented a 16 percent cut in Metro bus services. Close to 70% of Seattle residents (where many people actually ride the bus) voted in favor of the measure. Clearly, when it comes to transportation, the Emerald City and the outlying areas aren’t on the same page. Therefore, it’s no surprise that in recent weeks, local political activist Ben Schiendelman, Mayor Ed Murray and progressive City Council members Nick Licata and Kshama Sawant, have all weighed in with proposals.

Earlier this week, Licata and Sawant made their announcement at City Hall–in front of a parked bus–and were joined by members of the Transit Riders Union, Democratic and Socialist Alternative Party members, and low-income bus riders.

They called for an employee head tax of $18 per worker, a 5% increase on the commercial parking tax–from 12 to 17%–and a $60 car tab fee, to avert Seattle’s losses in King County Metro service. The head tax and commercial parking tax are subject to City Council approval while the car tab fee, by state law, would be placed on the election ballot. The three proposals would raise $45 million a year. Head taxes are paid by employers for everyone they employ. The parking tax comes from paid lots in the city. Seattle imposed a $25 employee tax for street construction in 2006, but it was repealed in 2009.

“Our intent is not to replace the Mayor’s proposed plan, but to amend it in a way that replaces its regressive sales tax increase with an employee head tax while bumping up the commercial parking tax,” said Licata on his blog.

King County Executive Dow Constantine introduced Proposition 1, also called Plan B, after the state legislature in Olympia failed to pass a much-needed state transportation budget. Prop. 1 included the flat-fee car tabs and 0.1 increase in sales taxes. The group Move King County, a coalition of activists and business leaders against the cuts, predicted there would be 300,000 more cars on the road in Seattle if Prop. 1 failed.

And fail it did. The divide between the city and the county was sharp. In some Seattle neighborhoods, 80% voted for the amendment, in some of the smaller King County towns, 80% voted against.

After Prop. 1 failed, Ben Schiendelman entered the fray with an alternate called Plan C. Representing the group, Friends Of Transit, Schiendelman filed an initiative that would raise Seattle property taxes by 22 cents per $1,000 of assessed value or $66 a year for a $300,000 house. An Amazon employee and unabashed supporter of former Mayor Mike McGinn, Schiendelman also had a spat with current mayor Murray on a Facebook Seattle District page recently (who says Seattle politics aren’t fun?). Schiendelman questioned if the person responding to his comments was really the Mayor, but it was someone posting from Murray’s FB page.

Murray came out against the property tax and said he would come up with a plan in concert with the rest of the county. The next week, Murray announced a plan that appeared identical to Constantine’s Prop. 1–which after all did pass in Seattle–complete with $60 car tabs and the 0.1 sales tax. He also sarcastically referred to Scheindelman as “Seattle’s transit czar.” Schiendelman’s no longer gathering signatures for his Plan C and says he likes Licata and Sawant’s additions.

“We expect the amount of revenue generated from (the head and parking taxes) to equal what would have been collected by the increased sales tax,” said Licata.

Sawant, a former economics teacher at Seattle Community College, said sales taxes are worst forms of taxation and hit low-income people hardest. “This (proposal) would not be enough to stop regressive taxation in Seattle but it’s a start in the right direction,” said Sawant, a member of the Socialist Alternative Party. Of course, flat car tab fees are a regressive tax–unless you believe everyone who owns a car is rich.

According to the Institute on Taxation and Economic Policy, poor families in Washington State (under $20,000 annual income) pay 16.9% of their income to state and local taxes, highest in the country. The wealthiest pay only 2.8%. ITEP points out that every state has a regressive tax system, but Washington the worst.

Until a fairer tax system takes effect, the new amendments still share the same problems as Prop. 1. All are Band-Aid approaches to transportation. As the Transit Riders Union said in a recent public statement, “Until Olympia restores our region’s transit funding, or offers Seattle progressive taxation rights, we will be driven by the logic of artificial scarcity, cornered into the false choices of austerity, service cuts, or regressive taxes.”