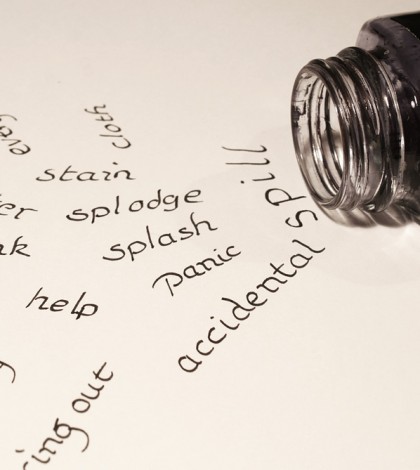 This witty short story from New Zealand’s John Bailey we bring to you courtesy of the University of the Third Age. Enjoy.
***
It all started one night when I was writing an email to a friend. I was trying to be clever and write an exciting tale while trying to keep it simple and loosely written. I wanted to use a manner of writing with my own set of standards as to how the tale unfolded and where it should be located. That is, changing a location to suit the scene and my thoughts, if needed. To keep it interesting I wanted to use a lot of dialogue to get my story across.

And then it happened. I realised I was trying to write a short story. I stood up, rather shakily, from my desk and went to the window. For several minutes I just stood gazing out the window. Nothing registered. The lightly falling rain running in droplets down the south facing window as the blustering wind swirled went unseen.

Suddenly my mind was startled back into focus as a tiny bird smacked into the glass. It’s now lifeless body fell into the garden, probably with its neck broken by the impact. The poor thing.

The door opened and my wife walked over to me. “Hi darling” she said cheerfully. Then, pausing, she asked, “are you feeling all right? You seem a little … um….upset, for the want of a better word.”

I turned to her. She was a bright and naturally cheerful lady. Whenever she was around everything seemed so ….right….so positive.

“I’m okay, my dear. I just feel a little surprised with myself I guess.”

“Oh? A second ago you looked sad”

“Damn woman!” I thought lovingly. “Always the perceptive one!” And then aloud, “Well, a bird was just blown into the window and died. I was just thinking about that.”

She lay her hand on my arm. “My husband, the caring new age man at last!” Her delightful laughter filled my space like sparkling tinsel. Again, I was being reminded why I had married her.

I gently took her elbow and guided her into a chair. “Darling, I must confess. There is something else on my mind”, I said solemnly.

“A confession!” she said with a look of make believe surprise. “Well, get it off your chest” she grinned knowing that it wouldn’t be as dramatic as I was making it.

“Damn woman….” I said inwardly smiling. And then, “I am about to have an affair – nay – relationship!”

“Why does he have to be so damned dramatic” she smiled to herself. She went on aloud, with a widening smile on her face. “Well, with whom? Or should I say, what with” Her smile threatened to become suppressed laughter!

He looked at his feet, shuffling nervously. And then he blurted, “Short stories. I love the directness and the simplicity of them. And they can be about anything I want and written however I want. I can use dialogue – or not, plenty of action – or not, use a little exposition if I want – or not, be moralistic – or not, and so on and so on. And they are quick to write”

Still fighting with her suppressed laughter his wife acted surprised and relieved. “Oh darling” she said with her best fake surprised voice, “you really had me worried then. I thought you were going say that you were going to write a poem about your life! And that would never do, would it!”

Then she got up saying, “I’ll make a cuppa then, shall I?” And, without waiting for an answer, she left the room – to the sound of fresh sparkling tinsel.

And again, I was being reminded why I had married her.