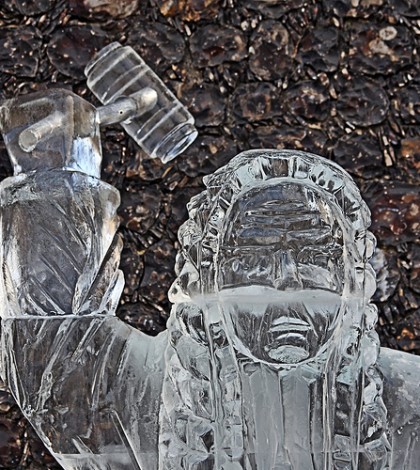 “No!” rang out the voice, laced with desperation. The ring of anguish in the voice was unmistakable. “I did not kill her. Please believe me when I say I did not kill her,” he pleaded. “I did visit her that evening. We had dinner together and I left her house late at night. We had a bitter fight but when I left, she was very much alive. I loved her. I would not think of harming her,” he implored, near tears. He could feel the waves of sympathy from the section of the press, many of whom he had worked with over the years. His lawyer was sorting out his papers for the final summation of the case. He looked at his client and smiled, a confident smile that said “Don’t you worry.”
**
She’d been a very famous model and he had fallen for her. They’d been seeing each other regularly and two months back, she had been found dead in her apartment. His fingerprints had been all over her apartment and it was not long before he was charged with her murder. The murderer had been visiting the courtroom regularly and he knew that the journalist was not to blame. He had been smitten by her and had tried, time and again, to woo her, court her, but to no avail. She would not give him a second glance. He kept trying and slowly but steadily, things between them had started warming up and he was convinced that there was hope for their relationship.
**
Then, out of the blue, came this journalist. What started off as a professional interview with her soon went beyond professional and turned personal. Very personal. He discovered that they were having an affair. “How dare she spurn me?” he wondered, anger burning in him like a fire fed with fresh oxygen. “How dare he steal her from me? An ordinary journalist? She chose him over me?” he fumed in rage. “So what if I’m older than him? I’m much more powerful than he ever can dream of being,” the murderer thought to himself, contempt lacing his thoughts.
**
“In the light of the evidence presented, I request that my client be acquitted” boomed the defence counsel’s voice, shaking the murderer out of his reverie. “After having taken into consideration all the evidence at the crime scene presented before the court, this court finds the defendant guilty of murder in the first degree,” intoned the judge.
**
The murderer heard a collective gasp rise and watched the defendant looking helplessly at his defence counsel. The murderer smiled inwardly, sure that he had heard the sound of the defence counsel’s jaw hitting the floor. The defendant struggled as the policemen herded him out of the courtroom. The crowd was beginning to mill out of the courtroom, the case already forgotten in their minds. Most of them were journalists and true to their nature, were beginning to look for greener pastures to graze on. His defence counsel was hurrying out of the courtroom, his mind already occupied with his next case. “How fickle can human beings get?” he wondered, tears streaming down his face, as he, the convicted one, was shoved into the waiting police van.
**
“Two birds with one stone” he thought, as he rose. “She spurned me and got what she deserved. He stole her from me and got what he deserved,” thought the murderer, as he gathered his black robes around him and rose from the judge’s chair.