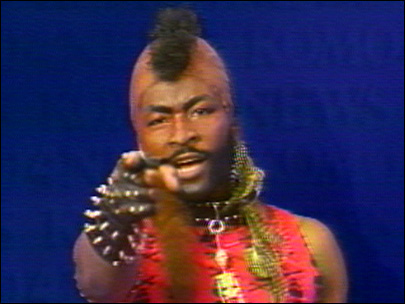 Except for being hit by a major flu bug in Seattle, things seemed to going along smoothly last Tuesday. In response to the Ferguson decision of the previous night, a march of approximately 5,000 people, organized by clergy and featuring at least three elected Seattle politicians, ambled through our metropolis without incident.

While Seattle sometimes feels like the protest capital of North America, citizens took to the streets in every corner of the country after a Ferguson, Mo. grand jury refused to indict policeman Darren Wilson for shooting unarmed black teenager Michael Brown. Of course, the overwhelming amount of protesters were peaceful, people practicing their right to free speech. But watching newscasts that night, lead stories were invariably about any acts of violence (usually against property) or God forbid, people blocking traffic.

I was driven to post a message on my Facebook page: “You could have two million people protesting peacefully but if one person turns over a car, that’s going to be the lead story on TV news.” I received several likes.

A couple of days after the Ferguson decision came down, the on-line publication Salon ran a piece by columnist Elias Isquith with the titillating title, “The Right’s Vile Ferguson Ploy.” In the article, Isquith notches down the hyperbole somewhat, but his take on the Ferguson aftermath was crystal clear: “The fix was in.” Like many, Isquith questioned the verdict being announced right at sundown when violence was most likely to occur, not to mention the pro-Wilson leaks leading up to the announcement, the continued lack of remorse shown towards the Brown family by local officials, and the Brown family hearing the decision on live TV. Isquith said the announcement was made in the most “provocative” way possible.

“The ultimate goal was to manipulate the public and press into forgetting the real story of Ferguson–police brutality and racial injustice–and bicker about rioting instead,” wrote Isquith. However, the author also notes the strategy in the end didn’t work. The Washington Post, a pretty establishment newspaper, prominently featured an article, “Ferguson Isn’t About Rage Against Cops, It’s White Rage Against Progress.” Newspapers around the country analyzed the evidence in the case and ran articles about how everyone from the American Bar Association to–ye gads!–the Supreme Court questioned whether St. Louis County prosecuting attorney Robert McCulloch, knew what he was doing.

But the one place “the fix” did work was on television. Showing cars burning or a police car tipped over fits in perfectly with 21st century TV news, especially at the local level. Watching Seattle area television, newscasts run earlier in the day, may focus on City Council passing a bill or a law passed in Olympia. But when 11 PM rolls around and viewers tune in to hear the following days weather report from the always jovial Steve Pool, the top news stories are invariably about crime or, if there’s film available, a car crash from Everett. Never mind that statistics usually show crime decreasing, TV news seems to be on a mission to scare the bejeebers out of shut-ins and the elderly.

Therefore, clips of armor-laden police scuffling with “so-called” anarchists on Black Friday, is just a welcome change-of-pace from the usual crime news. TV news coverage often seems to be in a vacuum–there’s never any analysis of deeper issues like all the kids who’ve been shot and killed by cops (fourteen since Michael Brown) but gee, isn’t it sad that Christmas carolers had to see protesters. And protesters are protesters–whether it’s a reverend marching peacefully or an anarchist with a black kerchief throwing a rock through a window.

Television news wasn’t always this way. The earliest newsmen–and they all were men–like Edward R. Murrow and Walter Cronkite, were cultural icons who America trusted. Cronkite gradually became America’s kindly grandfather on the CBS Evening News, and when he told the country it was time to pull out of Vietnam that made it official. CBS president William Paley basked in the cache of respect his news organization received, but by the 1970’s station managers grew concerned with how their news programming could make money.

Stations hired news consultants who through the years gave birth to ideas like happy news; celebrity news; less political news because people don’t care about politics; more crime news; more film of car accidents; consumer reports, usually with that station’s consumer reporter coming to the rescue of someone who’s getting ripped off; and in Seattle, when the Seattle Seahawks have a game, the local newscasts become an extended post-game show.

The funny thing is nobody seems to watch much TV news anymore. I had to look up the current CBS Evening News Anchor. It’s Scott Pelley–not exactly American’s most trusted voice. Some polls have shown The Comedy Channel’s Jon Stewart may in fact be the most trusted newsman—someone who’s basically a comedian, and doesn’t that speak volumes of the state of TV news. I don’t think Stewart is really a newsman. What he does best is call out all the bullshit that passes for news these days and was in rare form last week when he excoriated FOX’s more inane Ferguson coverage.

Television news coverage probably isn’t going to change in the near future. However, audiences are becoming more fragmented, if they aren’t already. Those who want real news will pursue it on cable news channels or the Internet. Some even turn to al-Jazeera, Canadian or British news for a less biased view of our country. And if you believe Obama and Hillary are evil incarnate, FOX News provides a soft landing spot. I like to watch Rachel Maddow and listen to Thom Hartmann and local NPR stuff on the radio. And if you don’t like the news but just want to know when the rain will stop–then there’s always Steve Pool smiling.