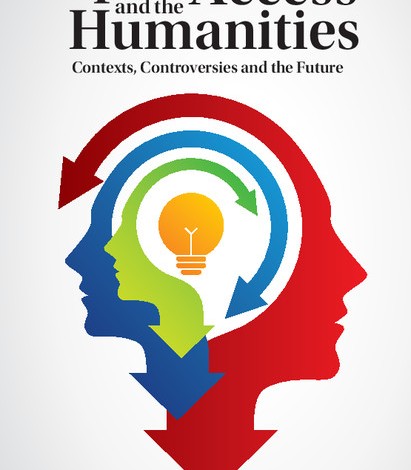 For quite some years now we at the Star have been trying to convince people of the value of the Creative Commons, especially for the arts. We encounter artist after artist who lament the fact that they want to make a living with their art. Historically, artists who make a living at their art are rarer than black swans and this hasn’t changed in the Internet era. What has changed in the Internet era is that the Internet allows an artist to reach an exponentially larger number of people via the Web than one ever could via print or even via broadcast media. What this means, however, is yielding a certain amount of control. Tim O’Reilly’s half-known quote is instructive: “For a typical author, obscurity is a far greater threat than piracy.” Obscurity prevents those typical authors–the ones who do not have lucrative contracts with one of the big five publishers–from ever reaching an audience. People cannot support what they don’t know exists. And if they don’t know it exists, they are certainly not discussing the ideas contained within.

And yet because in America every artist carries the same illusion–that they are not exploited workers but rather potential big bosses–few will yield the control necessary to yield in order to overcome obscurity, or even any control at all. This doesn’t make them any richer. This doesn’t allow any more people to discuss their work. It simply keeps them at the mercy of the status quo.

What is true of the arts is also true of the academic level of the humanities. One of the difficulties of convincing academics of the value of the Creative Commons or GPL or Artistic License remains that most of them believe that to use an open license impoverishes them. This is obviously untrue, but the myth persists regardless. Even at the level of university scholarship, where scholars do not make their living primarily by selling articles or books, the immense benefites of open access remain abstruse to many people for this reason. Scientists have done far better at this, for various reasons, but they have struggled to impart their values to colleagues in the humanities.

This week’s e-book attempts to address the problems with open access in the humanities. Quite apart from that goal however, the book is fascinating as a glimpse into exactly why the humanities have not caught up with science publishing (which itself is still dragging but improving slowly). Not because the author makes the argument that humanities are different–he does, but it’s unimportant–but rather because the author finds himself writing about university-based practices in a text published by a university press. He therefore assumes that the old system not only can but should continue just as it is, and that open access is just an addition to the old structure. Every argument he makes is aimed at the preservation of that time-honored tradition of siloed knowledge.

So why do we recommend it? Because the book is an excellent lesson in what is going on in the minds of people whose livelihoods are being irrevocably altered by the technologies behind open access, and what they think about the future that will come from them. That Mr. Eve’s book is so conservative is the root of its interest. He clearly defines open access as “lowering price and permission barriers to research.” That is indeed one part of open access, but far from comprehensive. Tim McCormick who co-founded the Open Library of Humanities with Mr. Eve gives a devasting review of the shortcomings of this book and its approach. Yet its faults are instructive.

At the end of the day, Mr. Eve is an ally of open access who understands its implications even if he avoids them. He knows things must change and has ideas how but he doesn’t want to let go of the successes of his past in the old tradition either. The conflicts within his account of open access are exactly the conflicts in the minds of people who reject open access outright, and this book is an excellent glimpse into that mindset. For real open access ever to spread as widely as it ought, one needs to convince people like Mr. Eve and his fellow academics how much nobler the goals are than merely reducing money and permission barriers. Knowing how they think–and this book will show you–is knowing how to approach the discussion with them.