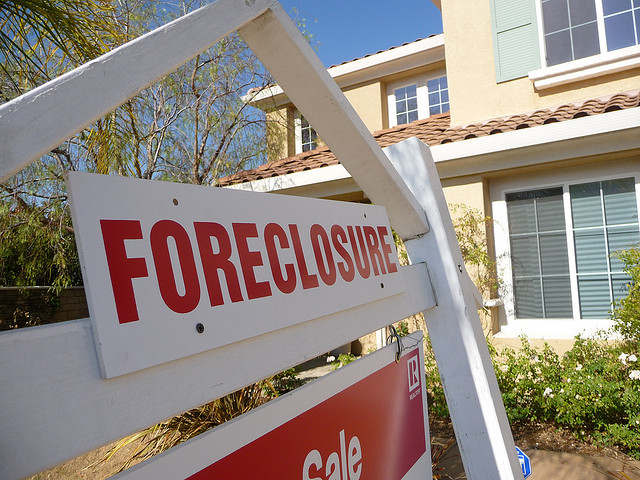 The foreclosure crisis that drove approximately 9 million people across the United States from their homes disproportionately displaced black and Latino households and led to a spike in segregation along racial lines, a new study finds.

In fact, displacement was so dramatic that Matthew Hall, assistant professor at Cornell University and lead author of the study, told Common Dreams that the crisis should be seen as a “mass migration event.”

“We found that the racial patterns of the foreclosure crisis are shocking and perhaps even more stark than we knew before,” said Hall, who is a demographer.

The Cornell University analysis Neighborhood Foreclosures, Racial/Ethnic Transitions, and Residential Segregation was published online in late April and is set to be included in the June issue of American Sociological Review.

This compared with the average of 2.3 foreclosures per 100 homes in white neighborhoods, meaning that majority black and Latino neighborhoods faced home-loss rates at approximately three times that of white areas.

A report summary explains that “white households were significantly more likely to leave areas with high foreclosure rates, while black and Latino families entered these neighborhoods out of necessity or to seek newly affordable housing options.”

This led to the re-segregation of urban areas.

“This really was a crisis that hit African-Americans and Latinos especially hard,” said Hall.

“But the foreclosure crisis has not ended,” Hall added. “There are still a large number of foreclosures that are unresolved and homes that are somewhere in the foreclosure process, which can take years. The impacts of the crisis on segregation have therefore not been completely borne out.”