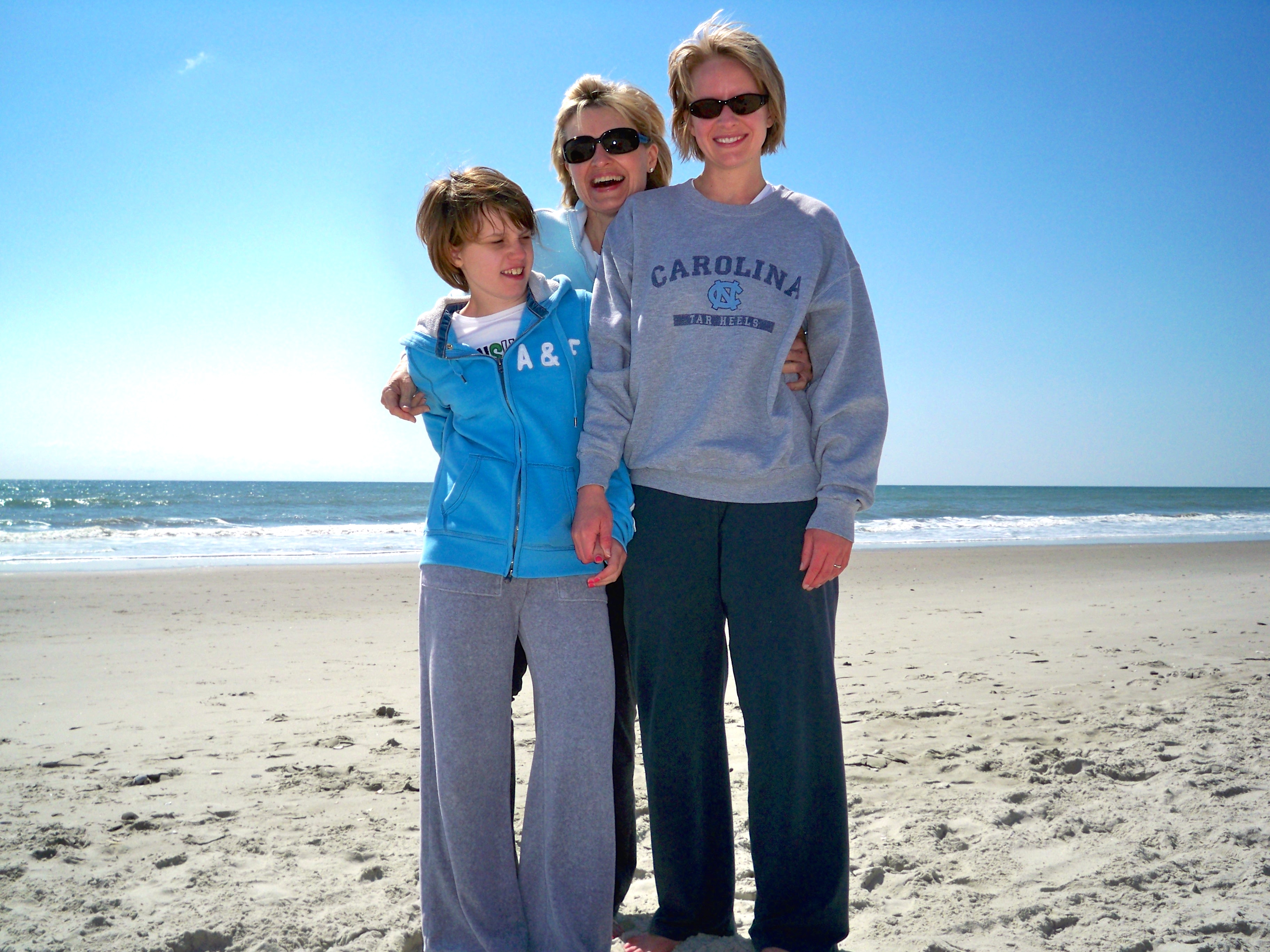 I have followed, in awe, the tireless efforts of families that have rare genetic diseases to raise awareness and funds.

Bake sales and bike races, balls and raffles, exhausting and all-consuming. But these efforts pale when a performer or other famous rich person suddenly and explosively steps up to support such a disease, solely because someone they know has just been diagnosed. As if dozens of families haven’t already been trying to fund clinical trials for years. Last summer’s “ice bucket challenge” was the epitome of the power of viral social media, with the message about ALS lost in the excitement.

When celebrities suddenly care about rare diseases, I wonder what my friends in the rare disease community think. They’re happy, of course, at the attention, yet perhaps a bit unglued by the power of the famous – but maybe afraid to say so.

That happened recently for Batten disease, a devastating group of brain disorders that strike in childhood. And one family isn’t afraid to speak out.

Two years ago and one year ago, DNA Science heard from Laura King Edwards, who has been running races in all 50 states in honor of her 16-year-old sister Taylor, who has Batten disease. This week, DNA Science borrows the blog posts of Laura and her mother Sharon King, responding to last week’s avalanche of concern for the disease that is taking Taylor away. Laura blogs at Write the Happy Ending and Sharon at Taylor’s Tale.

Celebrities like Mark Wahlberg, Jennifer Garner and Megan Fox are rallying to save the lives of two young girls diagnosed with a rare form of Batten disease. The girls, Charlotte and Gwenyth Gray, are the daughters of Hollywood producer Gordon Gray. Gray is known for movies like “The Rookie,” “Miracle” and “Million Dollar Arm.”

Now he’s trying to raise $10 million to save his kids.

Batten disease has never been so squarely in the public eye. The Grays have A-list connections, and those connections have helped land the family’s story on CNN Health, Cosmopolitan, Good Morning America, People, Time, The Today Show, US Weekly and many others.

Did I mention all of that happened in 24 hours?

On July 24, my family will have been fighting Batten disease for nine long years. I’m proud of what Taylor’s Tale has accomplished in that time.

We’ve been a top funder worldwide for infantile Batten disease research, and nearly every dollar has been donated by an individual touched by our story. We’ve effectively increased awareness of Batten disease within and outside Charlotte. We’ve become rare disease advocates and played an important role in rare disease legislation, including a new bill in North Carolina that we initiated and which passed unanimously in the N.C. House this spring.

In those nine long years, Batten disease has stolen almost everything from my little sister. Everything, that is, but her courage.

Like my mom, it is difficult for me to feel excited about the Grays’ story. I knew and loved Taylor when she was healthy, and so it’s easy for me to see my sister in the Grays’ video that shows the girls laughing and smiling and playing. I read all I needed to know about the symptoms of Batten disease online in the moments after my mother called to inform me of Taylor’s diagnosis. But those words never really sank in until they became our reality – until we were forced to live them.

Every new diagnosis is a tragedy, regardless of how much awareness or money it brings. I hate this disease with every fiber in my body and I hate watching it shatter the worlds of new families, as it shattered ours.

While the efforts of the Charlotte and Gwenyth Gray Foundation to cure CLN6 will certainly help all of us indirectly, we still need to find treatments for ALL forms of Batten disease and save thousands of children worldwide – the children of today and the future Charlottes, Gwenyths and Taylors.

If the Grays raise their $10 million, it won’t save the rest of us. Even if things are learned that can move the science forward for other forms, it won’t pay for that work. What they may do is prove that answers are possible, if funding exists.

My challenge to you, if you’ve been touched by Taylor’s story or the story of Charlotte and Gwenyth Gray, is to stick with the Batten community. Regardless of how long celebrities continue to tweet photos and pleas for $1 donations, we’ll need you for the road ahead, and the science still has to work.

My heart goes out to the Grays and their girls. I’ll be pulling for them!

SHARON KING: AWARENESS, BUT AT WHAT COST?

A question mark popped up in my inbox this morning, a friend wondering why neither Taylor’s Tale nor a member of Taylor’s family had responded to the recent release of a website and video from the family of Charlotte and Gwenyth Gray, two young sisters recently diagnosed with CLN6, a form of Batten Disease. The story flooded my Facebook feed yesterday.

I cried watching the video. Change the faces, and it could be my family. The beautiful children, shock, fear…hope. It’s life repeating itself. It’s something that’s happened too many times since Taylor’s diagnosis.

What makes the Gray family’s story different is that they have “connections” that can make a huge difference in raising awareness and the all-important funding to get to hope. We’ve been working for nine long years, spreading the word and providing whatever funding we could raise to propel research forward. I daresay the Grays will long surpass us in nine short days.

How often have many of us in the Batten community thought, “If we could capture the media’s attention in a big way, we could move even more quickly to find treatments…and one day, a cure?” Now, one family’s high-profile celebrity connections have garnered valuable media attention.

But there is no joy in having the Grays join our ranks. Their story has ignited awareness of Batten disease…but at what cost? I would rather the girls be healthy. As grateful as I am for what they and their friends are doing, my heart hurts because another family…more precious children…are battling the monster that is Batten disease. And that reality is not easy to process.

Kudos to the Grays and the many other brave families we’ve met along the way for taking a stand – for their unwillingness to accept “no cure.” We took that stand the day Taylor was diagnosed with Batten disease, and we’ve never backed down. We still believe. Working together, we WILL win this fight.

Staying power is important. As a community, how can we capture this momentum for the long haul, and for all of the kids suffering from the various forms of Batten disease? How can we make this story matter to the world tomorrow? The challenge now will be for the Charlotte and Gwenyth Gray Foundation, Taylor’s Tale, and ALL organizations fighting Batten disease and other rare disorders to:

• Capitalize on the awareness created by Charlotte and Gwenyth’s story

• Transform new donors into repeat donors, advocates and storytellers for the cause

$10 million is an enormous amount of money, and the work will certainly inform progress in other forms of the disease. Therein lies our tagline, “A victory for one is a victory for all.”

Ten million dollars won’t be enough, however, to reach clinical trials for all forms of Batten disease. Taylor’s Tale and other related groups will continue to need additional funding and your support to build a better future for children like the Grays’ girls, Taylor and so many others.

(Taylor’s Tale is funding gene therapy research for infantile Batten disease at the Gene Therapy Center at the University of North Carolina. Thanks to Laura for sharing the family’s photos.)

Ricki Lewis is a science writer with a PhD in genetics. The author of several textbooks and thousands of articles in scientific, medical, and consumer publications, Ricki’s first narrative nonfiction book, The Forever Fix: Gene Therapy and the Boy Who Saved It, was published by St. Martin’s Press in March 2012. In addition to writing, Ricki provides genetic counseling for parents-to-be at CareNet Medical Group in Schenectady, NY and teaches “Genethics” an online course for master’s degree students at the Alden March Bioethics Institute of Albany Medical Center.