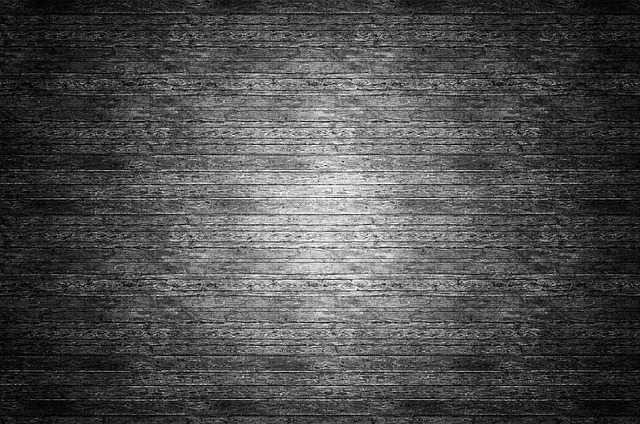 The life sentence meted out to Ross Ulbricht, a.k.a. the Dread Pirate Roberts, for his role in running the Silk Road online market has again raised the profile of the “dark web,” with a slew of media stories promising to take readers inside a seething world of drugs, counterfeit goods, hit-men services, hacker forums, and child pornography. The message is clear: The dark web is an unsafe space, policing it is necessary and justified, and Ulbricht’s life sentence is well-deserved.

However, there’s another side to the dark web that rarely, if ever, gets mentioned. The dark web — the network of sites accessible only with special routing software such as Tor, i2p, or Freenet — is not just a criminal domain for drug dealers and pornographers; it’s also an experimental media system exploring the sometimes contradictory fusion of networking and anonymity to build spaces dedicated to political dissent and debating taboo or prohibited topics. This is all the more valuable in a time when the “clear web” is increasingly under government and corporate surveillance, and where Facebook regularly shuts down activist pages, as Kevin Mathews explains in this article.

“Lameth,” the founder of a Tor-based social networking site called Galaxy2, is among these explorers. Galaxy2 imports many of the features of mainstream social media such as Facebook and Twitter. Users who sign up for a Galaxy2 account can create profiles complete with images and text, friend one another, write blog and microblog posts, share images and media, and like each others’ posts. Galaxy2 hosts a variety of groups, ranging from political activists, hackers, and feminists to a group dedicated to sharing recipes. In short, Galaxy2, while small and hidden, is as vibrant as its clearweb counterparts Facebook and Twitter, with the added twist that Galaxy2 is not interested in your identity nor in creating a profile of you to sell to marketers. Galaxy2 is for pseudonymous social networking, often with a political edge.

Lameth describes himself only in vague terms: he’s “a guy approaching 30 years of age,” “married with no kids,” “working professionally as a tech supporter, system and network administrator, and system and web developer,” and a heavy-metal fan. I spoke with Lameth via Galaxy2’s private messaging system about the quandaries of social networking on the dark web.

Why is social networking important? And why do it on the dark web?

Social networking is important everywhere. It’s important for humans to interact with each other for so many reasons. The dark web is no exception. Where there are people, there’s a need for social interaction.

Also, I believe that people should be allowed to interact with each other without the fear of persecution or other risks to their person. Not everyone is sharing that privilege. A social network on the dark web can provide this; it can be a platform for exchanging ideas, debating point of views, and help expand people’s knowledge and understanding of other cultures.

How did Galaxy2 come to be?

I created Galaxy2 out of frustration that Galaxy [a dark web social networking site that ran from August 2013 to December 2014] didn’t seem to come back. XL33t and a few other “stranded” members of Galaxy, including myself, gathered briefly on another dark web social network using the i2p system. It didn’t live up to my expectations as a replacement for Galaxy, so one morning I decided to make Galaxy2 as a Tor Hidden Service, using the same content management system as the original Galaxy had, and I promoted it in hopes that the old Galaxy members would find it and start the community up again.

Galaxy2, like the original Galaxy, is a social network that requires users use pseudonyms rather than “real” identities. Isn’t there a contradiction between social networking and the use of pseudonyms? After all, on Facebook users are almost required to use their real identities.

I don’t see a contradiction to pseudonyms and social networking. Many people on Facebook hide behind a pseudonym, I believe. Anonymity and social networking is a far more complex matter, but pseudonymity still allows you to create relationships with other people. Even though you don’t use your real name, you’re still a person, you still communicate, and over time you start to get a connection to and feelings for other people. The name itself is unimportant. It’s always a social interaction, no matter what name you hide behind.

Anonymity on the other hand prevents you from building those social relationships, because you never know if the person you communicate with now is the same person whom you communicated with yesterday. There’s still a place for anonymous communication, but I don’t see any point in an anonymous social network.

Speaking of pseudonyms and anonymity, one of the key tensions in dark-web social networking is the balance between free speech and taboo practices, especially child pornography. How do you negotiate that tension?

I believe there is a difference between free speech and practices like child pornography. I don’t mind people speaking about pedophilia in either a negative or positive way. In fact, there’s a group on Galaxy2 where I’d like to encourage pedophiles to go speak about their point of views, as long as they’re open for discussing and debating. I believe that in exchanging those points of view we grow as human beings and become much better at not only respecting our next of kin, but also be able to tackle issues in a better way.

Hiding the fact that pedophiles exist and making it a taboo will never help solve the problem. We need to understand pedophiles and acknowledge that they exist in order to handle the issues they present. What I don’t want is to provide them a platform for their abuse. They are free to speak their mind, but they’re not allowed to conduct their practices on Galaxy2.

In addition to the issue of child pornography, there’s also the issue of drug sales. What’s your take on Ulbricht being sentenced for life for running the Silk Road?

It wasn’t just illegal things that got sold on the Silk Road. The idea about an open unregulated bazaar is really appealing to me, but as with anything open, it’s prone to abuse. I think that the Silk Road was an important experiment. It showed the value and disadvantages of such a market.

But really, Tor is about freedom. It’s about the freedom to express yourself without fearing the government imprisoning you or worse. It’s about being able to surf the Internet without being subjected to traffic analyzing, surveillance, or censorship. It’s about being free from targeted advertisement and tracking systems that invade your privacy to sell your personal information for monetary benefit.

You wouldn’t want to government or some big companies to be able to enter your house at will, at any time of the day, and go through all your drawers, photo albums, closets, bathroom supplies and write it all down, then go out and sell this information to the highest bidder, would you? That’s essentially what happens on the Internet today. Tor helps you prevent that.

Tor also helps the young girl in some oppressive regime to tell her story, and report on the real situation of her village, or the gay man to meet other people without fearing death squad and raids, or the whistleblower to contact journalists with confidential information about how the government or an enterprise are violating human rights and constitutional law.

All this is what Tor is really meant for, and what it should be used for. Hosting and promoting legit services on Tor that don’t provide drugs or child pornography — in other words, the things that make people think badly about Tor — is a win in my book.

You discuss surveillance on the Internet, yet you’re the admin of a centralized social network. As the admin and founder, you have the ability to monitor all site activity. Aren’t you replicating the surveillance systems you’re critical of, even if you claim to not read things like private messages?

I do not and cannot replicate the tracking system that advertisers and marketers are using on the clearnet. What they do is implement beacons on so many sites, and through those beacons they can accumulate data and track how a user is moving around on those sites that they have beacons on. For this to be effective, it requires the tracking organization to have beacons on as many as possible. I don’t have any beacons anywhere. The best I can do is look at the referrer header on incoming requests when a person connects to Galaxy2. If the browser sets this referrer header, I can see what site the person previously was on. That’s it. I cannot track their movement around on the clearnet or the dark net. I can track users internally on Galaxy2, which, without getting too technical, is a requirement for any login-based web service. A web service where you can log in cannot function without constantly telling the server who you are, so that it can keep track of who’s who and who are supposed to see what.

I could read people’s private messages if I connect directly to the database. This is why I encourage people to encrypt private messages. Of course I don’t read private messages, but why should members trust me? Or if I decide to let someone else host Galaxy2, then all previously private messages will suddenly become viewable to that person. It’s the exact same issue with emails. Why trust the email server hosts, or any point that an email goes through en route? There is a bit of a learning curve getting into encryption, but the time is so well spent that I do not understand people not doing it. And more and more tools are being developed that makes encryption so much easier and less of a hassle.

You’re presenting the use of Tor and encryption as relatively easy. But one of the main criticisms of the dark web is that it is technically difficult to browse, let alone run a website on. There’s no real reliable search, the URLs are incomprehensible, and managing privacy settings in the Tor Browser Bundle can be difficult. What do you say to the criticism that the Dark Web is only accessible to computer geeks, and especially male computer geeks?

The dark web is not difficult. It’s different. And all it takes is a little bit of determination to sit down and look into it, to try it out, and get familiar with it. After that, it’s as easy as opening any other browser and hit your favorite bookmarks. Anyone can do that. Young and old, male and female. If you can use a computer, you can learn to use the dark web.

Tor is by far the easiest of the tools needed to access the dark web that I’ve tried. It’s really just download, extract, and double-click, then you’re on your way. True, the domain names are next to impossible to remember. Who knows? Maybe that will change one day.

For now, you just have to find a starting point somewhere, and those starting points are easy to find through Google or other search engines on the clearnet.

Just like on the clearnet, many hidden web services have links to other hidden services (web or not). It’s very much like the early Internet. Though it’s hard to believe, Google wasn’t always around, and previous search engines were not always as good as they are now. The time for good search engines will come to the dark web as well, I’m sure. Many are working on it, and those will be good entry points for new “dark web citizens.”

Originally published at The New Inquiry.