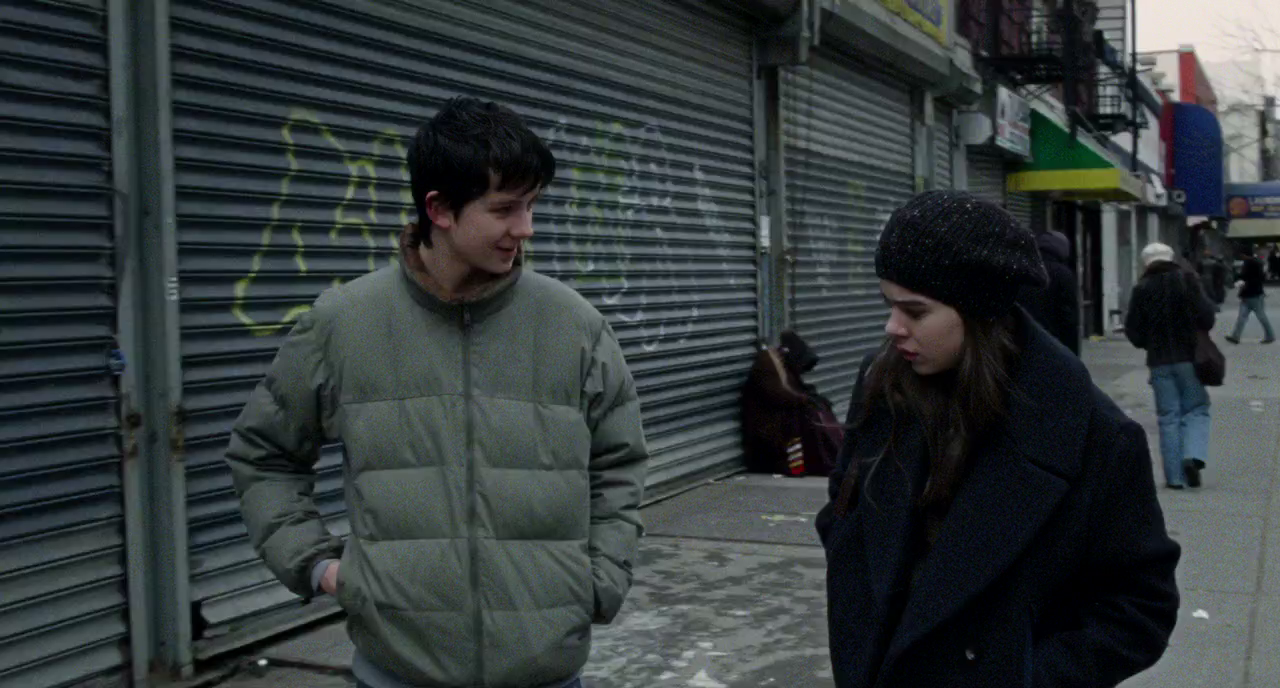 Ten Thousand Saints, opening this weekend at Sundance, has of course, the pall hanging over it. The pall that one of its stars, Emile Hirsch, attacked and badly hurt a film executive, Daniele Burnfeld, at, oddly enough, the Sundance Film Festival. Burnfeld relates that she feared for her life. Hirsch will serve fifteen days in jail, pay a $4750 fine, and perform fifty hours of community service. He says he was in a drunken blackout during the attack.

How does this relate to the film? (Oddly enough) it’s the kind of film where no one knows each other well in large part because everyone’s getting high all the time and so everyone changes all the time. Although getting high is not the only way the characters change. Some of them are in the midst of growing up. It’s all very chaotic, which I did not mind, but the chaos pushes away from the characters, which I did.

In the midst of this muddle, the main male character (Asa Butterfield) learns he’s adopted, his reckless father (Ethan Hawke) runs off to NYC to hook up with Emily Mortimer and grow weed, the main male character’s best friend (Avan Jogia) manages to die on New Year’s Day and impregnate (Hailee Steinfield) shortly before death, and then there’s this straight-edge gay Hare Krishna hardcore singer (Hirsch)…

It’s 1987 in Ten Thousand Saints, a year that meant a great deal to me and that I wish I could remember more of. Ethan Hawke, who spends the first half of the film hooting and mugging until you wish he would just calm down (and he does, but only a little), demonstrates that the ‘60s weren’t over by 1987, if by the ‘60s we mean the right for a male to do as a male pleases and run from responsibility. Housing rights come into it. “Yuppies,” as a term, gets scuffed up. That’s very 1987. People run from their own darkness. That doesn’t change much over the years.

I would have liked a quieter film. About that. The slow changes.