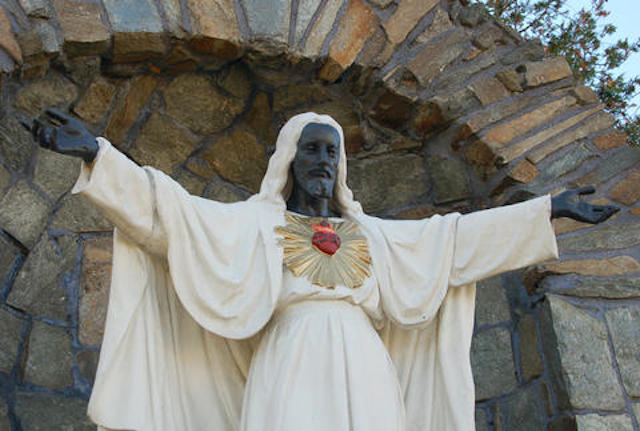 D’Angelo went silent for 14 years. In December, 2014, he opened his lips again and out came an album entitled Black Messiah. In that wilderness of silence, he drank, did drugs, crashed cars, broke up with women. And secretly, gradually, he played and sang and wrote. On the second track, a sample of New Black Panther Party spokesman Khalid Abdul Muhammed comes roaring out of the speakers above a bass line so distorted it threatens to fracture and reduce everything to dust:

When I say Jesus, I’m not talking about some blonde-haired, blue-eyed, pale-skinned, buttermilk-complexioned cracker Christ. I’m talking about the Jesus of the Bible, with hair like lamb’s wool.

Another scripture said his body would be like fine brass, as though it had been burned in an oven.

I’m driving over a winding road hill when I hear this for the first time and it’s all I can do to keep from steering my car into a gutter and smashing everything around me. This is the thing: the barrage has slowed. My phone is starting to calm down. I’d said something on Twitter, like you do when your friends are getting shot by rubber bullets at demonstrations and your students are out in the streets and black people are getting killed by police again and again and again. And somehow, Michelle Malkin picks it up. Then Megyn Kelley. Then the local news. And somehow, I become that professor (I don’t have tenure, so I’m not a professor, but it’s easier to point the finger at a professor): the bleeding heart white liberal who sends innocent people out into the streets and tells them to riot.

Except for the fact that I never told my students to riot. I told them that if they were hurt by police, they could have some extra time to turn in a final paper. It seemed like the right thing to do.

What did D’Angelo find in that wilderness of drugs and drink and cars smashing into metal and glass and fire? He was depressed. He talks about numbing himself because the public expectations of him were too much to endure. People wanted things from him. His father was a Pentecostal minister, he’d grown up in churches where preaching brought fire and moved bodies up out of their seats and into the aisles. And fire and suffering pushed him back making music.

For two years, I’d been numb, and God decided, as God periodically will do, to check out. When Fox News nation came for me, I was already mostly a husk. Many afternoons the previous spring, the twisting road that took me to a temporary job that was going very badly was a real source of temptation. Let me just turn this wheel a little more, and I won’t have to do anything. No more trekking to a church where God was absent, no more deadlines, no more crippling neck pain from forcing my body into writing position, no more people coming at me with expectations, expectations I somehow failed and failed again to meet. I wanted nothing more than to be shattered.

Then Ferguson happened, and the world burst into flame.

In childhood class photos, you will see the city I grew up in. Black teachers, Black principals, Black classmates, Black friends, Black churches. Latino, Asian, Southeast Asian, repeat the previous list. The soul of the city is Black and Brown and Asian. And over the last few years, that soul has been leeched out by money, by people who move in and exclaim how the city’s reputation is guns guns guns and wow, it’s actually pretty great.

Wow, it’s actually pretty great means my house gets sold for a price I can’t afford, and I have to move. And on this remote hill above a belching oil refinery I rapidly lose, in no particular order, my city, my church, my religion, my God.

March, 2015. Kendrick Lamar puts out an album, To Pimp a Butterfly. It’s complex and thick and in no way easy listening, but it provokes in me much the same kind of response Black Messiah did. Lamar can be vulnerable, Lamar can be complex, Lamar raps about race and violence and depression and screaming in a hotel room. I’m still driving those twisting roads. Therapy and friends and the guy I married keep me from twisting the wheel too far, but I can’t find a church where there is talk about a Jesus who looks like those friends I grew up with, like my godfather, like my sister’s husband. Like Trayvon, Mike, Eric, Sandra, the crushing addition of each and every name added to that list.

I’m fucked up homie you fucked up but if God got us then you know things gonna be alright.

And a few lines later

I’m at the preacher’s door, my knees getting weak and my gun might blow, but we gonna be alright.

There is no gun, but Jesus, I am on my knees, and I’m fucked up. And friends push me toward a church, and we go, and there he is above the altar, broken, bleeding, and hanging from the beams. Black Jesus. On the walls, Black, Brown, Asian and White saints. In the pews, Black, Brown, Asian and White people, surrounding this suffering Black Jesus, a week after Charleston. And I am on my knees, and God has got me.

Reprinted from Killing the Buddha.