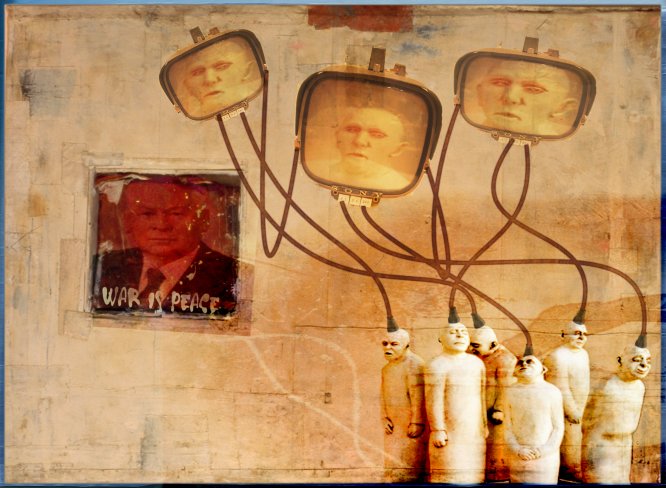 As a Lib Dem MP, I discovered just how close Britain is to Orwell’s dystopian vision, where the state has incredible powers to monitor everything we do.

For years, many of us were concerned about how much British state surveillance was authorised under RIPA, the Regulation of Investigatory Powers Act 2000. Access to information presented as essential for national security and preventing major crime was used, for example, to check whether people were sneaking into the wrong school catchment area. However, it wasn’t until the Snowden revelations came out that the public even started to realise just how much could be scrutinised.

Even then, there was a very lacklustre reaction from within the UK, especially when compared to the response in countries like the USA and Germany. Why is this? Well, probably because whereas they have experiences of the Stasi and McCarthyism, we have James Bond.

But we have now at last reached agreement that RIPA needs to be rewritten, although many of us have a huge concern that the Home Secretary will follow the approach she tried to use in the rejected communications data bill, and seek to extend powers very widely. Last time, her efforts led a cross-party cross-House committee to describe the Home Office information as “fanciful and misleading” – will she have learned her lesson this time?

But even if RIPA were fixed, to protect privacy as well as security, there would still be a gaping hole in our protections from excessive state surveillance. It’s a well hidden hole. So most people are simply unaware of its existence. And appropriately enough, it dates back to 1984.

The Telecommunications Act 1984 is an important, but somewhat technical piece of legislation, detailing how BT was to be privatised, and creating Oftel (now Ofcom). If you read it, you can go through 87 pages of technical language about the duties of the Director General of Telecommunications, what should happen about billing disputes and much more. And then you reach a very interesting clause, tucked away in miscellaneous, after the worthy power to provide grants to promote the interests of disabled persons. So well tucked away, in fact, that it was never even debated in parliament.

Clause 94 “Directions in the interests of national security etc.” is an astonishing piece of legislation. It’s worth reading in full here.

It allows any Secretary of State to give to Ofcom or any providers of public electronic communications networks “such directions of a general character as appear to the Secretary of State to be necessary in the interests of national security or relations with the government of a country or territory outside the United Kingdom.” They can also be instructed “to do, or not to do” any particular thing specified, and they have to do this notwithstanding any other duty they would otherwise have under telecommunications legislation.

That’s a pretty astonishingly broad power – such people can be ordered to do or not do anything at all, and not even just in the interests of our own national security, but if it would help relations with another country. So if the US – or Russia or China, in theory – asked us to make a telecoms company put US-supplied black boxes of unknown purpose on their network, the government has the power do that without even having to ask for a reason.

But there is a safeguard. The law says that the Secretary of State has to lay before parliament a copy of every such direction. This would then allow parliament to be alert to any misuse … except that the clause goes on to say “unless [the Secretary of State] is of the opinion that disclosure of the direction is against the interests of national security or relations with the government of a country or territory outside the United Kingdom, or the commercial interests of any person.”

So if it might risk our national security, which is fair enough, or might annoy someone else, be they another country, a company or an individual, then it is kept secret – no one is allowed to disclose anything about it.

So if the US asked us to make BT install some spyware, or to hand over user data, no one can be told about it if that would upset either the US or BT.

And in fact there has been no scrutiny of these orders. I spent some considerable time as an MP pushing on this, trying to find out how often these extraordinary powers were used, and who checked they were appropriate. I got nowhere, with the security minister James Brokenshire saying: “If the question relates to section 94 of the Telecommunications Act, then I am afraid I can neither confirm nor deny any issues in relation to the utilisation or otherwise of section 94.”

We have a suite of commissioners, who are supposed to keep an eye on such powers. The intelligence services commissioner, Sir Mark Waller, confirmed to me at the Home Affairs select committee that “there is no statutory oversight of that section.”

I kept pushing, and eventually the prime minister asked one of the other commissioners, the Interception of Communications commissioner to oversee section 94 directions. I was delighted, and eagerly awaited the report. Were these used once a year? Once a day? Some sort of reassurance would have been good.

The report came out in July. Two things stood out. The first is that even this commissioner, asked to investigate, couldn’t find out how many times these extreme powers had been used. To quote from the report:

There are, however, some considerable challenges in this regard. The challenges stem from the fact that the directions are secret as allowed for by statute, can be given by any Secretary of State and do not automatically expire after a certain period. There does not appear to be a comprehensive central record of the directions that have been issued by the various Secretaries of State. My office is therefore not yet in a position to be able to say confidently that we have been notified of all directions.

So he doesn’t know about all of them, and to make things worse, even those he has looked at he can’t tell us about at all, because they are still covered by the secrecy clause in section 94! Heller meets Orwell.

This urgently needs to be fixed. Is there a place for such powers for national security? Well, maybe – but there should be a case made for it based on evidence, and ideally a judge should approve the directions, in secret if necessary, but subject to substantial oversight – from someone allowed to tell us if they find any problems.

As it is now, we have secret, all-powerful directions, with no reporting and no oversight. Big Brother would be proud.

Dr Julian Huppert is a Lecturer at the University of Cambridge. He was previously the Member of Parliament for Cambridge as a Liberal Democrat, serving as a member of the Home Affairs Select Committee. He also sat on the Joint Committee that scrutinised and heavily criticised the Draft Communications Data bill – the so-called Snooper’s Charter – and was made the 2013 ISPA “Internet Hero of the Year” for his work in killing that Bill. He tweets @julianhuppert.