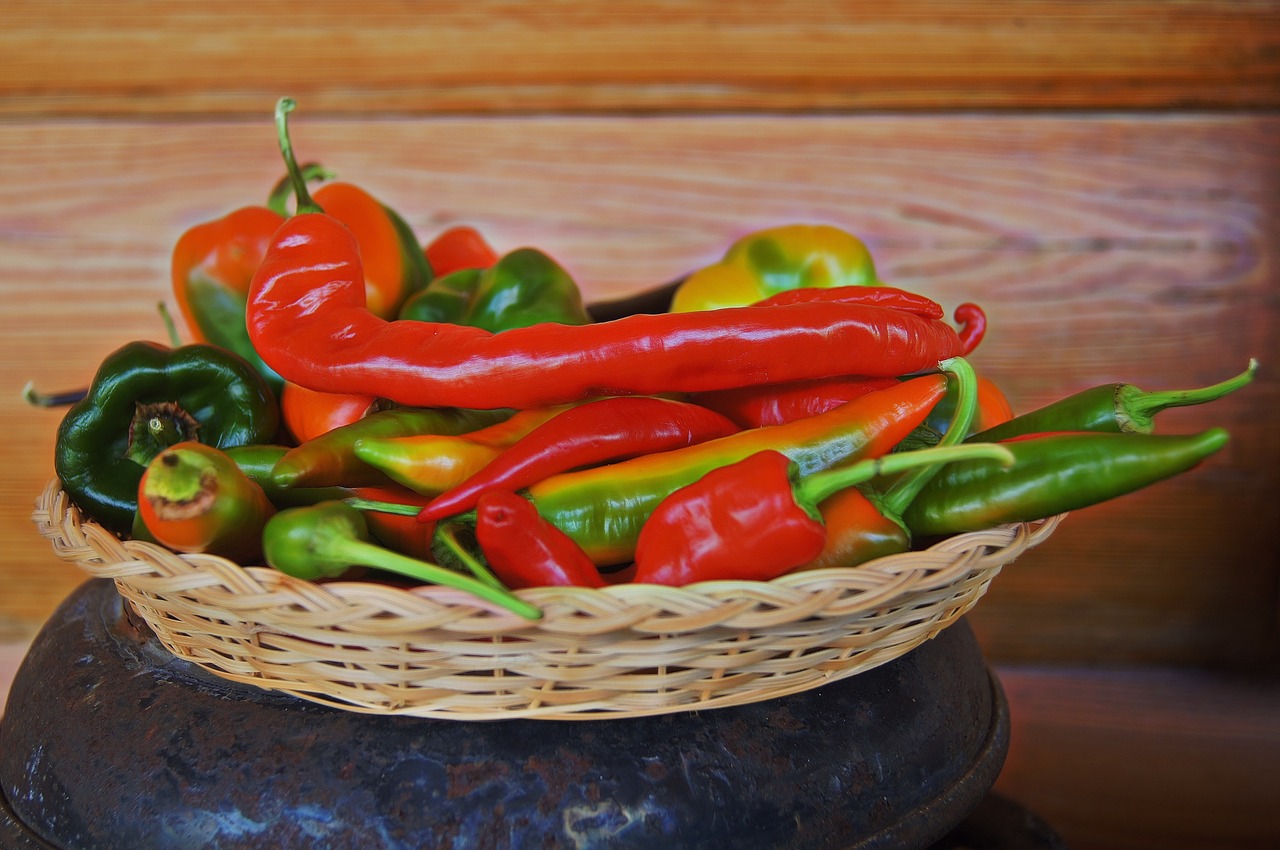 An elderly, handsome Spanish gentlemen sits at a bus stop on a barren road. Surrounding him are dry, barren fields. The sky is an endless expanse of pure blue, not a cloud can be seen. The man stares off onto the opposite horizon, peacefully lost in thought. Sitting on the bench next to him is a stylish leather briefcase.

He is brought out of his gentle reverie by the sound of the bus approaching. He looks to his left and sees the shadowy outline of the bus. However, as it steadily comes closer, his placid, careless smile turns to an angry and bitter frown. The bus is in fact a giant, red hot pepper which acts like a bus, with wheels on the bottom and windows on the sides.

The pepper pulls up next to the man and stops. The door opens and over a dozen anthropomorphic peppers flood out of it. They surround the bench which the man is sitting on. They begin to shout joyfully.

Just as the chorus begins again, the elderly man, who has been suppressing an onslaught of rage, cries out:

The pepper people ignore the man’s outburst and continue to sing. The leader of the peppers shakes the maracas in the man’s face in an even more obnoxious way. The man cries out again:

“I WARNED THE LITTLE SOAP PEOPLE! ONE MORE TIME, AND I WOULD KILL YOU ALL! I MEANT IT! I WILL KILL EACH AND EVERY ONE OF YOU!”

The elderly man then opens the stylish leather briefcase on the bench next to him and produces a small axe. Pushing a button on the base of the wand, both the wand itself and the blades extend, making it into an even more menacing weapon. Without further delay, the man stands up and slices the leader of the pepper people in half. He then reaches into the corpse and gobbles up some innards.

“Yes, very hot indeed, you horrible cretins! But you’re the ones who will regret it for years and years!”

The pepper people scream and begin running away, but their unnaturally bipedal bodies causes them to be slow, and the man would not cease from slaughtering them until every last one of the singing party was lying in oozing, sauced-covered pieces on the ground. Then, the man enters the bus and finds several horrified females feeding the baby peppers with milky hot sauce from their bulging teats. The man, in a threatening voice, commands them to stay still, and amidst the screams of the women and cries of the infants, he commandeers the pepper bus.

He drives for a little over an hour before causing it to careen into a deep canyon. There are no survivors.

Meanwhile, on a space station, several human brains connected into a massive computer network share thoughts with each other at an incomprehensible speed. They consider matters of demographics, synergy, product placement, and the high costs of mass-scale genetic engineering, and ultimately decide that they needed to retool, organize a new focus group and hire a different consulting firm.