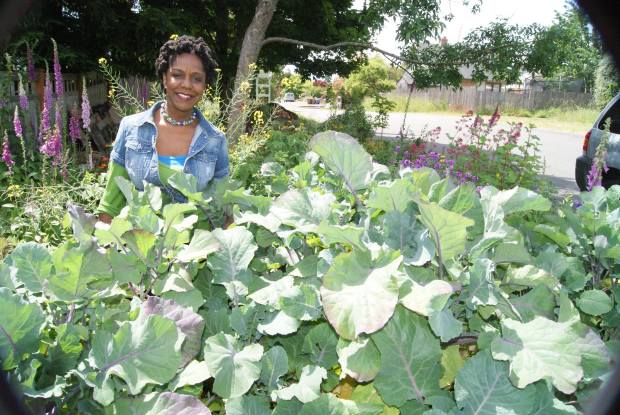 [/media-credit]Tacoma- and Louisiana-based writer Rosalind Bell has been a cultural worker, an activist, a playwright, a cooking show host, and director for many years. With her latest project, an Indiegogo campaign, she’s adding a new label to that list of names, one that she and her family kept secret for years: adoptee. She’s asking for funds to research and write this project about her heritage, one that involves the secret of her own adoption as well as the secret of her African American family’s land ownership in Louisiana, before and after the Civil War.

TN: You’ve been “in the adoption closet,” as you put it, for many years. Can you talk a bit about why you are emerging?

RB: I am tired of hiding. Psychically, energetically, it has been hard and heavy and I just couldn’t carry it anymore. Plus, I’ve done things of which I am wholly ashamed. I want to publicly embrace all of me, not live a segmented life. I am doing it now because I am feeling not so frightened about what will happen to me, if I tell.

TN: How does it feel to be out of the adoption closet?

RB: Exciting and scary and I am not very far away from the door of the closet. I still see it. I’m just not in it. But yes, I can still see it. I have told very few of even my closest friends over the years. Still, I was not free within myself to speak on it in all its ways. It feels good to have freed myself.

TN: What are some of the things—perhaps less tangible—that you hope to gain from your research time?

RB: That land holds its own secrets. Its own pain and joys. It is powerful territory; my blood pressure rises as my mind projects what could be around the next bend and through those woods.  I want to be less afraid of it. Out in the middle of nowhere, I could be lost for days. I want to be at peace with that, and with my ancestors. I will never have the unmitigated joy some of my biological siblings have for the place, but I want to know deeply the land that first knew me. Even if I was there for only five months.

TN: This project seems like an intensely personal one at first glance, but it’s not only a personal quest. What do you hope this project can offer others?

RB: The personal and the historical are so intertwined in this story I found I could not tell one without the other. I tried. I thought I could just peek out of the adoption closet and work to tell the story of my African American ancestors owning land in the 1880s, years after President Rutherford B. Hayes withdrew the last federal troops from the south and Reconstruction ended, effectively grinding to a halt whatever political and economic gains made by black people after the Emancipation Proclamation of 1863.

I think the story of long-held African American land ownership in the midst of the most horrendous acts of racial violence has not been told or reached an audience outside of academia. My project can change that. This familial land ownership is not the story of a white enslaver passing down land to the children of his black wench. Documents attest to my ancestors’ purchasing of the land.

I also hope the story speaks to those who have secrets buried in their hearts. I hope my story acts like a beacon for them, that it reveals there is a safe harbor once you enter the storm. That no matter how frightening the storm, how much you get jostled and tossed, when you open your eyes, steel your nerves, reach out toward truth, what you were searching for will find you. In my case it is adoption. It could be any thing that is holding someone back from being 360.

TN: Who are some of your ideal audiences or “home bases” for this project?

a. anyone with a secret

h. biologist and psychologists could have a veritable field day (no pun intended) with this story: nature v nurture.

i. people who love a good story.

TN: Since you work in several media—film, theater, fiction—what kind of final project (or projects) do you envision at this point?

RB: My favorite type film is documentary. I would love to document this story. however, I do not have that kind of funding. I envision a book, historical fiction or non-fiction. and theatre.

TN: Given all the delectable food perks in the campaign, will food play a role in the project?

RB: It has to! I cannot do anything worthwhile without cooking about it!

Interested parties can read more about Rosalind Bell’s work at her blog and at her Indiegogo campaign site, which runs for a few more weeks in 2015. As of this writing, she’s reached almost 20% of her goal and support has emerged from as far as New Zealand and Switzerland.