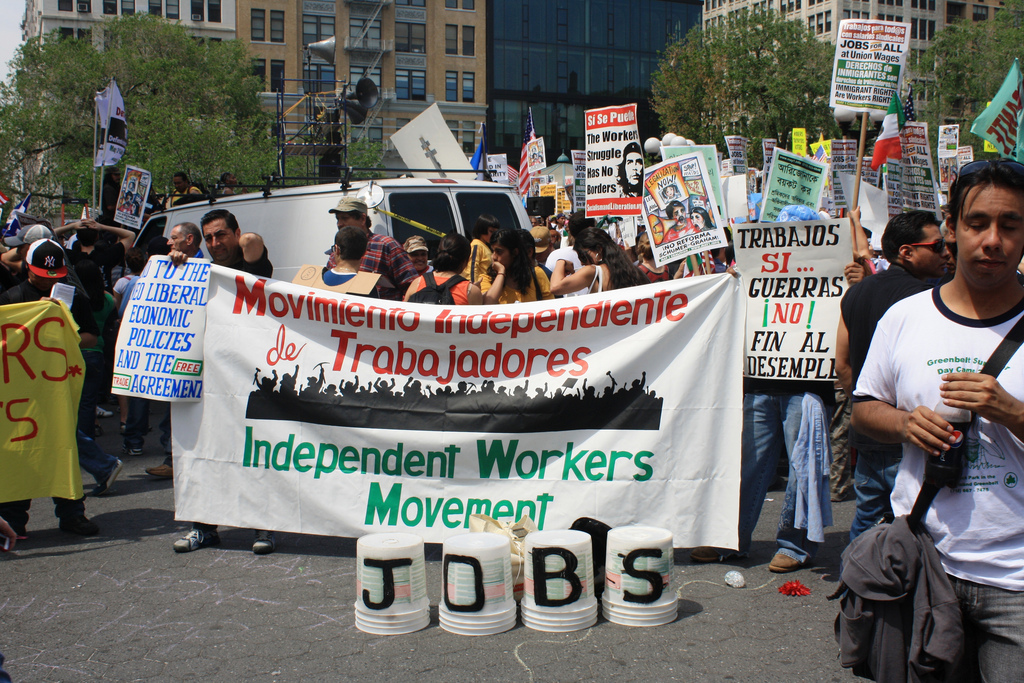 Does competition from immigrants lower the pay of less-educated native born workers? On its face, the obvious answer would be yes — competition lowers prices, and the price of labor is not special. However, the macroeconomy is not quite that simple. For one, immigration brings with it demand for labor as well as supply. For another, native workers and immigrants may compete for different jobs.

A new brief by Maria E. Enchautegui of the Urban Institute (via National Journal, via Noah Smith) suggests that the latter holds. To support this contention, Enchautegui presents several occupations in which immigrants or native workers are overrepresented. According to the brief, natives represent 56 percent of the workforce that lack high-school diplomas, yet (for example) native workers hold 86 percent of the jobs as counter attendants while immigrants hold 87 percent of the jobs as personal appearance workers. This is interesting, but the piece doesn’t tell us the share of employment accounted for by these occupations.

This indicates that there is important overlap in the occupations of natives and immigrants. Not to say that within any of the eight overlapping occupations immigrants are not under- or overrepresented, immigrants represent 63 percent of maids and housekeepers while natives represent 77 percent of cashiers. It may be that natives have flexibility to pursue alternative occupations while many immigrants have limited options.

This is particularly true in occupations in which documentation may be overlooked. Undocumented workers not only have fewer options in general; they have much less bargaining power regarding wages and working conditions. Consequently, disparities in native versus immigrant representation may be the result of highly structured competition rather than a lack thereof.

Rather than indicating a lack of competition, the data in this analysis indicates a large degree of overlap between the occupations held by natives and immigrants without high school degrees. Furthermore, normalizing the status of undocumented immigrants could increase this overlap. It is important then to recognize the benefits that normalization would have on increasing the bargaining power of immigrant workers, possibly leading to higher wages for both groups of workers. However, it is hard to see how this brief supports its contention that natives and immigrants do not compete for jobs.