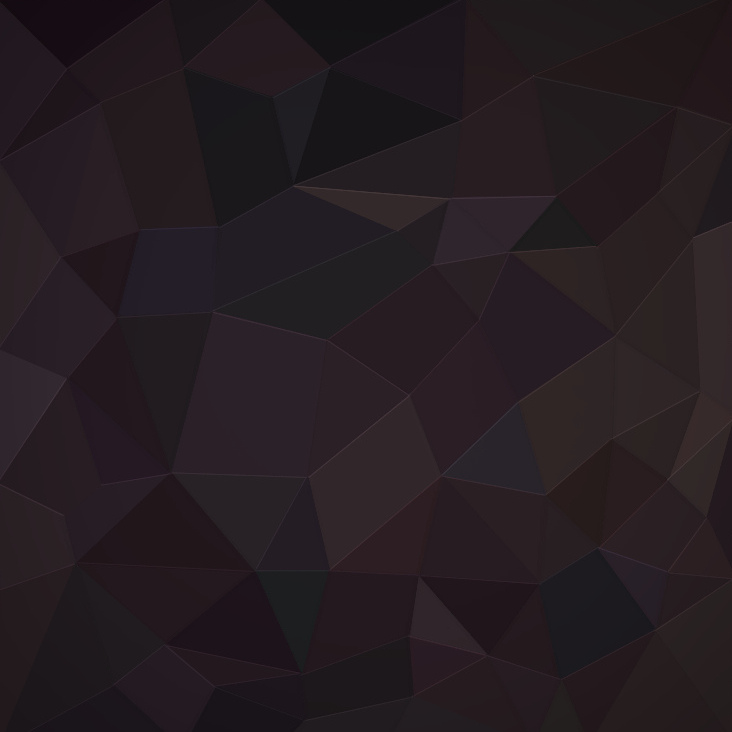 We know where the body goes online. The antiquated rendering with holographic replicas who roam 3D internets like offline space has faded. The doppelgängerisch avatar has been replaced by the representational flatness of an icon or profile picture. We tentatively accept the platform interfaces we’re given and curate our identities from there.

I’m young enough (or is it old enough?) to remember going online amidst “stranger danger.” Though predators and cyberbullies remain public enemies, it seems that we’ve substituted the metaphors of perils in embodiment with an array of identities, livelihoods, and personas possible on our profile pages. For the many for whom just existing incurs risk—trans women, queer youth, people with depression and anxiety—online expression can be crucial to survival. But there’s certainly a boundary between experimenting with identity and taking one that doesn’t belong to you.

Rachel Dolezal may have brought passing into recent conversation, but faux claims to marginalized identity are common online. Blackness makes a particularly tempting target, hence the need for the term “digital blackface” to describe the practice of social media’ing “while black” without living the challenges that come with Black life in this world. Given digital blackface, we were as prepared to handle the revelation of a white lady masquerading as Black as we could ever hope to have been. The crisis of bodilessness online has seized upon Blackness.

In their introduction to an edited collection of the same name, Beth Loffreda and Claudia Rankine unveil what they call “the racial imaginary,” or “the scene of race taking up residence in the creative act.” Born of an online assemblage of responses solicited by Rankine in an open letter about race and writing, the concept encompasses the many heuristics involved in representing race in text. Necessarily broad and affectively “messy,” the racial imaginary participates in our most well-known (and still well-loved) tropes—the Eat, Pray, Love zoological guide to racial harmony, for example—but is all the more insidious where we don’t recognize its myopic influences. It is a phenomenon so fitting for a network of individuals who must reconstitute their politically-legible identities in a non-space of bodilessness.

When we imagine and project ourselves online, we don’t do so in a lovely unbounded dreamscape, the “postracial,” “posthistorical and postpolitical utopia” that Loffreda and Rankine explain is but a figure of imagination itself. The problem with digital blackface, aside from the obvious, is a love for the racial imaginary without at least the decency to have some anxiety about it. Digital blackface requires a recklessness, a new ability to imagine race without bodily consequence. What would it be like to be black without being Black?

The internet is not transcendent. For all its supposed bodilessness, the Internet is entrenched in the low and limited, the “sadly earthbound” that binds real imaginative labor. The day-to-day monotony of embodiment logs on and loses itself in the frenzied arena of virtuality extraordinaire, the brutal and relentless experience of feeds and notifications and blocking and sharing and following that wills our exhausted personalities into a state of meme-making-as-survival. As identities always in flux, organizing politically online presents a challenge. The Internet allows and requires us each to be many people at the same time; yet the strength of any political movement relies in condensing a multitude into a “we.”

What happens when we need those personalities to organize?

In the traditional passing tale race is realized at the level of the body—fingerprints, blood, birth, birthmark. Without a body-to-body interface, cultural credibility is the currency. Following the work of Professors Matthew W. Hughey and Sarah Florini we might understand that without a body online Black communities become pure Black culture. The grasp of signifyin’ practices alone maintains commonality in the digital medium. When my-skin-is-like-yours becomes illegible, race even as tentatively authenticable means a common vernacular. And when it’s time for politics, that proves a bit messy.

Evasive efforts to defend Black culture fashions a community in the image of the outside threat. In Black spaces online, protection of the potential capital in Black Cool is also the maneuver that threatens to supplant cultural diversity in favor of Cool.

The language of verification is embedded throughout contemporary Black vernacular: receipts, cosign, trill, realness, show me its real, real recognize real, real nigga, keeping it real. Little wonder why. Born out of modernist anxieties over mechanistic reproducibility and the contemporaneous attempt to constitute a distinctly African American literature, the preoccupation with realness points to authenticity not as the fun parlor sport of the avant garde, but the bulwark of Black American culture at large. Many would argue earlier origins, that Black people in America have always had to guard what little we’ve been permitted to own. We are not inclined to give reproduction the benefit of the doubt—even as the unique, rhythmic deployment of this mechanism makes Black culture so particular. In terms of distrust, Black Twitter is no exception.

In the now years since Black Twitter has become a serious subject of inquiry and research (market or otherwise), Black Twitter’s anxiety over unauthorized appraisals and reproductions are palpable. Out of this anxiety I’ve observed sporadic leaps toward the conflation of culture with Cool. The guard against commodified Blackness, against the white racial imaginary, increasingly projects Black Twitter as a community where it is Cool that makes the cliques click. Not so different from life out there, true, and were it only a matter of competent cultural interpretation—or not—then really, who cares what the outsiders think? Except, as Black Twitter more and more frequently functions as a political entity, we have to consider what happens when culture becomes Cool.

The gradual conflation of Black Twitter with Black Cool is felt in those punctuated moments we can only describe as trending. Dexter Thomas’s beat-gone-wrong was one such moment. The L.A. Times reporter and Cornell doctoral student’s inaugural article aligned a few found transmisogynist tweets from supposed “Black Twitter” with the general anti-liberal regime that he calls “White Twitter,” drawing an equivalence between the two. The rapidfire responses to an otherwise forgettably mediocre piece provided some insight into what, at its most shallow, Black Twitter deems abhorrent to its community.

Who is this guy? Is he even Black? East Asian studies, you say? Japanese hip hop? And somebody thought he, out of anybody, could write about us? Several users culled photos from Thomas’s website and employee profile, as if his image alone confirmed this dude is so totally not equipped to cover Black Twitter. What a weirdo. Hipster. Bogus. Unverified.

Though the immediate comments took to exposing Thomas’s cultural incompatibility, responses as appeared the next day in Ebony.com, The Root, Poynter, Rolling Stone, etc. were fixated on what about Thomas chafed the most: He got the politics wrong. Barely recognizable in the moment, and later translated by Black Twitter’s elite, judgment against Thomas’s Cool-factor became ultimately a tango over a political legacy-in-the-making. Thomas got the politics wrong and the way to let him know is by telling him how uncool he is and simultaneously educate everyone on Black Twitter’s political validity.

Black Twitter is, told ad nauseum, not “black people tweeting.” Articulated from within, Black Twitter talking about Black Twitter, there is a political coherence between members. The frequent compulsion towards terms such as “power,” “movement,” and “force” structures Black Twitter less as a network of humans than a political entity. Even as some feel Black Lives Matter the organization should extricate itself from both the hashtag and the rallying cry, Black Twitter only seems to swallow it back into the fold.

At the messy funnel of culture, cool, and politics is DeRay Mckesson. Mckesson’s activism—like many’s—involves a presence “out there,” offline, as much as on Twitter. The tenor of his influence and its gravity makes him a key name in both Black Twitter and Black politics. The constant expectation that Mckesson keep up a coolness in line with the former ever remains a threat to the reception of his labor for the latter. Mckesson’s relationship to traditional academic spaces—similar to Thomas—and sexuality are brought up as self-evident evaluations of Mckesson’s politics. It’s as if his failure to fully resurrect the revisionist masculinized memory of the Civil Rights Movement disqualifies his work. That, combined with a distance from a contemporary Black Cool that too leans toward hypermasculinity, is cause for censure.

Critics of the non-Cool or non-Cool-enough are in some ways guarding against the special snowflakes, New Blacks™, hipster black kids, et. al. who view their estrangement from a certain mass-market Black image as a credit to their own individual ingenuity. The same people eventually exploit that fetishized Cool when convenient, despite non-proximity and non-fluency. One tweet posited a resemblance between Dexter Thomas and Lionel Higgins, the budding beat journo in Dear White People whose love for Mumford & Sons and Robert Altman estranges him from his Black peers. Yet Higgins still accepts a tell-all assignment from a prestigious paper on the black experience. Similar remarks have been pointed at Mckesson, that his resume or love for McDonalds and Apple proves an ulterior financial motive, falseness—counterfeit politics.

Cool as credential makes it unnecessarily hard to separate criticisms of Thomas and Mckesson, even though they have very little to do with each other. It’s hard to tell where the ideological differences are amidst the personality contest.

Contrary to the legacy of the Civil Rights Era, you can’t run a movement of just the virtuosic figures, of only the cool kids. We know this. I once asked political scientist Michael C. Dawson if in the wake of Ferguson, Say Her Name, Black Lives Matter, he’d yet seen enough to revise the almost elegiac conclusion reached by the end of his 2013 Blacks In and Out of the Left, where he calls for a revival of 20th-century black radicalism against today’s “neoliberalism’s utopian substitutes.” His answer: Not really. In hindsight I wonder if he, raised in the old school, was as fearful of social media’s identitarian messiness as Black Twitter is.

Those doing the work, though, seem less than worried. From Black Lives Matter co-creator Alicia Garza, “We don’t manage the movement. And believe me when I say the movement is REALLY clear on that.” And Mckesson, in true Twitter spirit, celebrates a space and admixture that affords “many types of leadership” and “many people to lead.” It seems the proud anti-hierarchical black radicals have long since arrived. Or maybe they never left.

Black Cool is protected because of the knowledge of what America will do with it. But that Cool, at its most morphological, is a quick and adaptive literacy that is preemptively unreachable. The answer may not be self-preservation, but an open embrace of the messiness. The recognition of a Blackness so multiplicitous, so horrifyingly fly and unbounded that Cool would be a low ask.

Cool is forever. The movement won’t be.

Originally published at The New Inquiry.