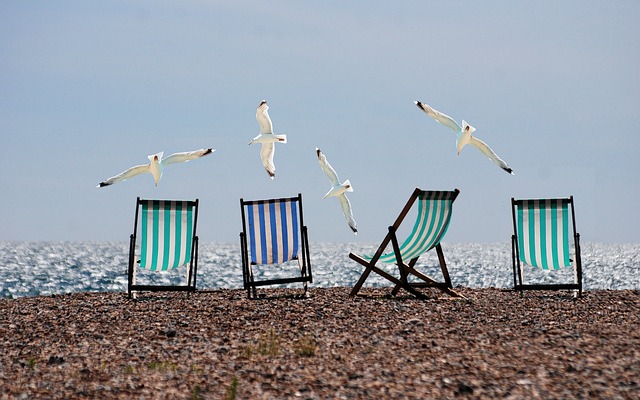 Photo: Stevebidmead.
CC0/Public Domain license.
What if we could boost the economy with longer vacations? Or with paid family leave? With shorter workweeks?

It may sound too good to be true, but hear me out.

Economists have long dismissed the idea that an economy could suffer from a persistent shortfall in demand. While most acknowledged that in periods of recession, growth and jobs could be limited by inadequate demand, this was viewed as a temporary story. In the decades since World War II, the economy generally bounced back quickly from recessions. Once the economy recovered from recession, the basic constraint was supply. We would only have more growth and jobs if we could make the economy more productive and/or persuade more people to work. In this context, additional demand, such as a burst of consumption or increase in government spending, would only create inflationary pressures and undermine the effort to boost growth.

This view has been badly shaken by the Great Recession. Many prominent economists, including Paul Krugman and Larry Summers, now warn quite explicitly about the country facing a prolonged period of what’s known as secular stagnation. Secular stagnation means the main constraint on the economy is inadequate demand, not a lack of supply. If we are facing secular stagnation, policies that boost demand will lead to more growth and jobs.

In principle, it should be easy to boost demand, but as a practical matter, this is proving very difficult. The route economists usually prefer for boosting demand is expansionary monetary policy. This means having the Federal Reserve Board lower interest rates. Lower interest rates spur borrowing for home buying, car purchases, and public and private investment. The problem is that the federal funds rate, the interest rate the Fed most directly controls, has been at zero for almost seven years. It may be possible to push it into negative territory (some European banks have gone negative), but no one thinks we can get very far with negative nominal interest rates.

The Fed and other central banks have also gone the route of quantitative easing: buying up large amounts of government bonds and mortgage-backed securities. This directly lowers long-term interest rates, but with more than $3 trillion in purchases on its books, the Fed is reluctant to push further in this direction.

The government could create demand with fiscal policy. For example, the government could directly boost demand by spending money building roads and bridges or hiring more teachers and health care workers. This would increase growth and employment, but it also leads to larger budget deficits. While there are good reasons for believing that budget deficits are not a problem in the current economic situation, the fear of deficits constrains the government’s ability to increase spending enough to provide a substantial boost to demand and employment.

Finally, we could look to boost demand by reducing the trade deficit. The key measure here would be to lower the value of the dollar against other currencies. If the dollar fell in value relative to the euro, the Chinese yuan, and the Japanese yen, it would make our goods and services more competitive with the goods and services of our trading partners. This should lead to more exports and fewer imports, boosting demand in the United States.

While this would be an effective way to boost growth and employment in the United States, it would worsen the demand shortfall facing our trading partners. In the context of a worldwide problem of secular stagnation, we can redistribute the demand shortfall, but unless someone has a big increase in their own spending, we cannot solve it.

If there are no easy remedies for secular stagnation on the demand side, it is reasonable to turn to the supply side for ways to address the problem. Remember, the story of secular stagnation is that we have too little demand to keep the economy and the workforce fully employed. If we can’t find ways to boost demand, then we can look for ways to reduce supply. Specifically, we can encourage people to work less. This would mean policies that promote shorter workweeks, paid time off for family leave and sick days, and more paid vacation. Reductions in the average number of hours worked per worker could lead employers to hire more employees. A tighter labor market would help to bring the upward pressure on wages and prices needed to combat secular stagnation.

How do we decrease the number of hours people work? One route is simply mandates, for example, requiring employers to offer some amount of paid sick days, a policy that is already in place in many cities and states. Governments (state, local or federal) can also offer paid family leave as a social insurance policy as California has done for more than a decade. Governments can also increase overtime pay or even reduce the threshold for getting overtime pay from 40 hours to 38 hours or 35 hours a week.

In the past, the argument against such policies as a way to boost employment stemmed from the belief that the economy is already at full employment. In the economists’ pre-recession view of the world, the people who were unemployed in normal times were those who lacked the skills to get a job at wages they would willingly accept. Shortening average work hours so such people could find employment would only lead to inflation, since it would mean paying people higher wages than their skills are worth.

But this is not the issue for an economy faced with secular stagnation. Any type of demand can help reduce the amount of excess supply. In the same vein, any policy that curtails supply also helps to close the gap between the economy’s potential supply and the level of demand. If the higher pay for the unemployed workers who get hired raises the inflation rate slightly, this is a benefit. After all, a big part of the problem of a lack of demand is that the inflation rate is too low.

Policies aimed at shortening work hours can have a dramatic impact on imbalance of supply and demand. If the amount of vacation time is increased an average of one week a year, this amounts to a two percent reduction in supply of labor. It would have roughly the same impact on the imbalance of supply and demand as an increase in employment of three million workers. Reducing the average workweek by two hours would have the same impact on the imbalance as the creation of 7.5 million new jobs. This would have a huge effect in reducing the number of unemployed or underemployed workers.

In addition to addressing the problem of secular stagnation, less worktime has many other positive benefits. If workers spent less time working, they would better able to care for their children or parents. There is also evidence that suggests that long work hours may impair personal health, jeopardize safety, and increase stress. More generally, shorter hours mean workers would have more leisure time to do things they enjoy. After all, life is not just about working.

If it were government policy to respond to secular stagnation by reducing average work hours, we would never need to worry about lack of demand in the economy leading to unemployment. Lack of demand would lead to shorter work hours, while everyone would still remain employed.  There will always be complications in putting any policy idea into practice, but in a world where we lack easy mechanisms to restore full employment by increasing demand, we should be looking at ways to get back to full employment by decreasing supply.