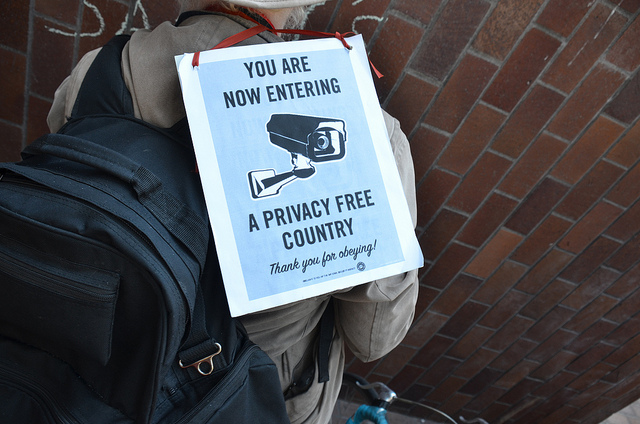 Close to 20 civil liberties organizations on Wednesday issued a letter urging U.S. lawmakers to oppose a controversial surveillance bill after the release of its final text revealed any previous privacy protections from prior drafts had been “gutted.”

“The final version of this bill is an insult to the public and puts all of us in greater danger of cyber attacks and government surveillance,” said Evan Greer, campaign director of the digital rights group Fight for the Future, which organized the letter. “This was already a fundamentally flawed piece of legislation, and now even the meager privacy protections it provided have been gutted, exposing it for what it really is: a bill to dramatically expand abusive government spying.”

The so-called “conference” bill combines language from three separate cybersecurity proposals passed by Congress earlier this year—the Protecting Cyber Networks Act (PCNA) and the National Cybersecurity Protection Advancement Act of 2015 (NCPAA), which passed the House of Representatives in April, and the Cybersecurity Information Sharing Act of 2015 (CISA), approved by the Senate in October.

But critics say the “reconciled” version is neither an improvement on the previous bills nor a suitable safeguard against cyber attacks. In fact, as Mike Masnick wrote at Techdirt on Tuesday, “Basically, it looks like Congressional leadership decided to pull the worst parts from the various bills and mash them together into a super bill of pure terribleness.”

CISA in particular has long been criticized by privacy advocates who say it does nothing more than expand government surveillance powers. The letter from 19 civil liberties groups, including Demand Progress, Free Press Action Fund, and OpenMedia, adds that the bill was drafted in secret meetings between House and Senate negotiators that ignored critical recommendations by experts from the House Committee on Homeland Security.

Specifically, the groups said, the bill would:

“The current version of these bills is the result of secret negotiations between the House and Senate intelligence committees,” the letter continues. “[It] would build a government regime that makes it impossible for companies to guarantee the protection of customers’ civil liberties and privacy, while also failing to meaningfully improve cybersecurity.”

“Because it fails to resolve these weaknesses originally present within the three bills and makes new and alarming changes to them, we strongly object to the intelligence committee’s latest iteration of ‘cybersecurity’ legislation and the undemocratic process that produced it,” the letter continues.

CISA’s proponents say the bill would streamline the process for tech companies to share data in cases of security breaches and other digital attacks. Following the Senate’s vote in October, Fight for the Future slammed the lawmakers who supported its passage, tweeting, “Every senator supporting #CISA today voted against a world with freedom, democracy, and basic human rights.”

According to The Hill, the two chambers have escalated efforts to have the final version of their bill on President Barack Obama’s desk by the end of the year. An official conference could begin this week.