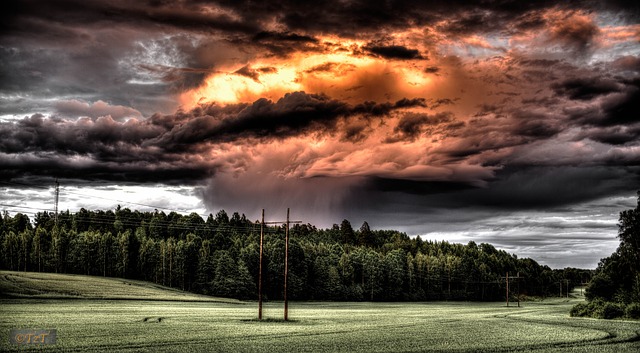 She was never going to drink again. Last night was the last time. How much had she actually had? Too much, it seemed. Her memory was almost completely blank. At some point she knew that she had foolishly decided to start mixing her drinks. Who combined beer and wine with sambuca and Jager shots anyway? Everything after that was a blur, snatches of memory amongst hours of darkness.

Where was she? She wasn’t in her bedroom, that was clear enough. The furniture was in all the wrong places. Her eyes focused and she quickly realised that she’d fallen asleep on the sofa in her lounge. It really must have been quite a drinking session. Had she even made it out of the house last night? There was a vague recollection of being invited over to a party at her friend’s house, but all of the signs indicated that she’d not gone beyond the front door. Never mind, maybe next time.

Wearily she climbed off the sofa and walked with measured paces into the hallway. Her stomach complained, unused to the amount of alcohol she had forced her body to imbibe the previous day. The nausea was rising, travelling up from her stomach and resting just below her throat. It was possibly the worst feeling she’d ever experienced.

In the hallway her attention was drawn to a flickering light coming from beyond her front door. She walked over to it, steadying herself against the wall as her vision doubled for a moment. A few deep breaths and her vision returned to normal, the nausea retreating a few steps as her body gratefully accepted the intake of oxygen.

She gripped the door handle and opened the door slowly, then stood on her doorstep and looked outside. Most of the street had been levelled. Fires burned in random locations all through the street. Looters had made their mark overnight, smashing windows and stealing anything that wasn’t nailed down. A car, her neighbour’s, burned quietly in the adjacent drive. A glance at her own car told her all she needed to know. A single brick had smashed the driver side window but otherwise it had avoided most of the destruction.

An object in the sky above caught her eye. She looked up and gasped. High above, moving at the same speed as the wispy clouds, was the alien mothership. It filled her vision for minutes, never slowing down or changing course.

Her memories returned to her in that instant, and she realised precisely why she had drunk so heavily.

The aliens had been detected on a direct course for Earth several months ago. Within moments of their arrival in orbit, less than 24 hours ago, they had targeted and destroyed most of the world’s key defensive locations, and now all that was left was a final, desperate scrabble by each country’s governments in an attempt at retaining control over the situation.

It was different for the general public, those with no power or say in how this alien menace was to be repelled. The New Year celebrations the night before had subsequently been a muted affair, with many people choosing to drink their sorrows away and come to terms with the fact that their lives had been irrevocably changed. Many more saw it as an opportunity for one final hurrah for the human race before the alien invaders landed, if they were to do so. Nobody had yet seen one of them, nor had they given any indication as to what they wanted. Death and destruction was all they had provided. It was possible that they would simply destroy all life and then move on.

All of this was what had spurred her on to mix her drinks as the New Year rang in. What she’d had in the cupboard was all that was left. It was unlikely that the human race would see such Plus it was best to get through it all now and clear her cupboards before the looting began.

As she looked into the skies and allowed the hopelessness to wash over her completely. She was never going to drink again. For now, that was all she could think about.

Check out more of Simon Prior’s work at http://www.simonprior.com.