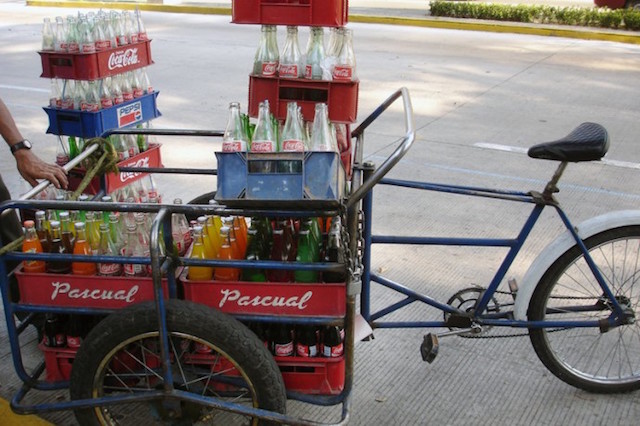 What do you tell people when you’re an invited “expert,” yet in some ways you’re the dumbest person in the room? That was my thought in February 2014, when Mexican leaders invited me to speak at a National Governors Conference on obesity and diabetes. My job was to open the conference with a talk on what Mexico could learn from the United States about using public policy to reduce obesity.

For thirty minutes, I talked about lessons learned in the U.S. Yet, in my internal monologue, I could only think, “What have we learned? We’ve learned that we need to learn from our neighbors!” Mexico had recently implemented a 10% national excise tax on sweetened beverages, a controversial measure that many Americans oppose. Aside from the tax itself, I was impressed by how Mexican leaders at the 2014 conference understood that collaborative, multidisciplinary action was needed to reverse trends in obesity.

Guess which country is having more success?

An international team of scientists reported last week that Mexico’s sweetened beverage tax led to a 12% reduction in purchases of taxed beverages in 2014. Mexicans also purchased 4% more unsweetened beverages such as bottled water, further suggesting that overall dietary patterns were changing. To obtain these estimates, investigators compared 2014 data to trends that were observed in 2012-13, prior to the tax, using data from 53 cities around the country. (The study was published in the British Medical Journal (BMJ) on January 6.)

A decline of 12% is substantial when you consider that Mexicans consume an average of 43 gallons of sweetened beverages per year. Growing levels of sweetened beverage consumption led to Mexico having higher rates of obesity and diabetes than almost any country in the world. Approximately 1 in 3 Mexican adults have obesity, raising their risk of Type 2 diabetes and premature mortality, and creating a crippling economic burden.

Encouragingly, the BMJ study also found that the decline in sweetened beverage purchases was greater in low-socioeconomic households. Often you see the opposite in food policy research – i.e., policies work better in high-socioeconomic populations that are already at a low risk for obesity. A recent systematic review from Australia highlighted that socioeconomic inequalities in obesity are growing in many developed countries around the world.

That said, critics will likely pick on two things about the study: 1) the lack of a control group, and 2) no evidence that disease rates declined in 2014. Both arguments sound logical at first. Until you realize that we don’t live in a fantasy world.

A perfect control group would be ideal, but this isn’t Back to the Future, Part II. You can’t construct an alternate space-time continuum, in which Mexico did not have a sweetened beverage tax in 2014, and compare the results. Nor could the authors reasonably use another country as a control; last I checked, there is only one Mexico. Instead, the authors did an excellent job using pre-tax trends in Mexico to extrapolate what would’ve taken place in Mexico in 2014 without the tax. The contrast in trends for taxed and untaxed beverages also suggests that the results were not due to general patterns in Mexico.

The ultimate goal is to reduce obesity and diabetes prevalence, but seeing a national decline within one year is delusional. No pill, diet, exercise regimen, or food policy ever produced a one-year decline in rates of obesity or diabetes on a national scale, to my knowledge. Think how hard it is for many people to lose 5 pounds. Then try getting an entire country to do the same.

Finally, these results provide something critics don’t have – hard-core evidence. There is no shortage of research on sweetened beverage taxes, but previous studies were limited by one minor inconvenience – you cannot evaluate something that does not exist. Since no comparable national sweetened beverage tax existed in the U.S., research has generally been limited to simulation and speculation rather than actual data.

This is why the effects of Mexico’s tax may extend far north of the border. Sweetened beverage taxes have been widely discussed in the U.S., but almost universally shot down. Local penny-per-ounce tax proposals lost repeatedly before getting their first taste of victory in Berkeley, CA, in November 2014. Previous proposals were defeated, in part, due to scientific uncertainty of whether a sweetened beverage tax would even work. The evidence from Mexico doesn’t eliminate uncertainty by any stretch, but it may have a ripple effect on policymakers in the U.S. who have been reluctant to take bold action.

At least one would hope.

The Mexico tax study did have one flaw – bad timing. It was upstaged a bit by the 2015 U.S. Dietary Guidelines, which were released less than 24 hours after the BMJ study was published. Within hours of being released, the Guidelines elicited a remarkable range of joy and outrage from different health experts. Some were thrilled over the limits on added sugar, while others were disappointed that the federal government didn’t take a stronger stand against red meat.

I’ve read dozens of commentaries, but my favorite came from Elizabeth Grossman of Civil Eats, who detailed the bitter, feud-filled timeline that led to the final Guidelines. Health experts, political leaders, and very loud voices spent a year in contentious debates that ultimately led to … almost nothing. The 2015 Guidelines are remarkably similar to the 2010 Guidelines. Even positive changes, such as less added sugar, were obscure because the Guidelines often tiptoe around specific sources of added sugar. This led to other excellent commentaries such as, “We Don’t Know What To Eat” and “Uncle Sam Just Told Us To Drink Water, Not Soda. You Might’ve Missed It.”

The 2015 version is a reminder of the adage, “Don’t mistake activity for achievement.” The Guidelines are also a metaphor for the United States’ general approach to food policy. We spent an exorbitant amount of time hemming and hawing over different policy options, yet we rarely do anything.

The unprecedented amount of attention that we pay to obesity can give the false impression that many policies have been implemented on the federal level. National sweetened beverage taxes, marketing regulations, and other bold initiatives are widely discussed but usually discarded. The 2015 Dietary Guidelines Advisory Committee took a bold step by suggesting that the Guidelines address sustainability, but their suggestion was axed.

This is why, in November 2015, I was dumbfounded when it was widely reported that obesity prevalence in the U.S. was still increasing among adults “despite all efforts.” I wasn’t dumbfounded that obesity was increasing; I was dumbfounded that anyone believed “all efforts” had been exhausted. Almost no major federal food policy change in the U.S. escapes the political slaughterhouse. Even the rare success stories (e.g., healthier nutrition standards for the National School Lunch Program) are perennially on the chopping block.

This is the uncomfortable fact that policy critics sidestep when they list the problems with proposed food policies. That is, they don’t actually know if a large sweetened beverage tax would fail because the U.S. hasn’t tried it. Critics swiftly list the perceived problems with a tax but offer no solution that may reduce obesity. Nobody knows a solution because the U.S., to date, hasn’t made any bold change that is likely to reduce obesity or diabetes on a national scale. The lengthy, feeble 2015 Dietary Guidelines are a microcosm of this.

Thus the irony when I was invited to speak to Mexican leaders in 2014 on “Lessons from the United States on how to reduce obesity.” The U.S. and Mexico have very similar rates of obesity and diabetes, yet U.S. leaders have not targeted these diseases nearly as aggressively as Mexico.

So what can Mexico learn from the U.S. about how to reduce obesity? If Mexican leaders asked me that again today, I would say, “Pay attention to whatever the U.S. does … and then do the exact opposite. It seems to be working for you.”

Dr. Daniel Taber, PhD, MPH, is an Assistant Professor at the University of Texas Health Science Center at Houston, where he specializes in childhood obesity policy research and systems science. He has published numerous studies on the effects of policy change on diet, physical activity, obesity, and health disparities. Any views or opinions expressed in this post do not represent the University of Texas.

Source: The U.S. Needs a Lesson in Food Policy from Mexico by Daniel Taber, PhD, MPH