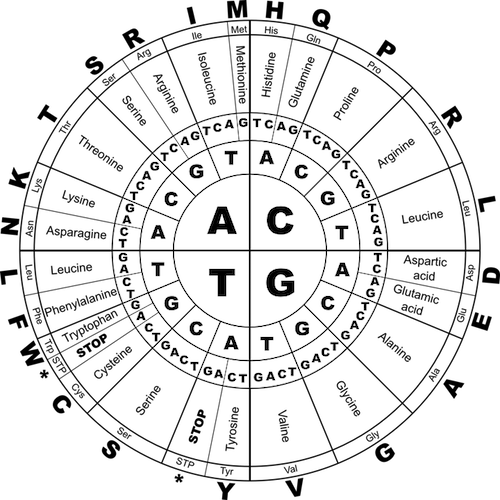 While James R. Clapper, Director of National Intelligence, calls genome editing a “national security threat,” bioethicists warn of CRISPR-created superbabies, and prominent researchers argue whether patents trump papers, I prefer to quietly look at applications of the technology that aren’t dramatic enough to enter the endless news cycle, but elegantly reveal the power of the technology.

I found one such report in the current issue of Genome Research, about ectrodactyly (“absence of digits”), more colorfully known as split-hand/foot malformation. It affects about 1 in 18,000 newborns, and is also seen in toads, frogs, salamanders, mice, rabbits, cows, chickens, marmosets, dogs, cats, and manatees.

Wikipedia reports cases of “cleft hand” as far back as 1575. Today, a cluster of families with the condition in northern Zimbabwe, who are missing the middle 3 toes and have turned-in outer toes, describe themselves on Facebook as “the ostrich people.”

A more common name is “lobster claw deformity”. The most famous person to compare himself to a crustacean was Grady Stiles Jr, who performed in sideshows as “Lobster Boy.” His father and two of his four children also had it, suggesting autosomal dominant inheritance. American Horror Story: Freak Show used Grady Stiles Jr’s image in the fourth season. The beautiful actress and talk show host Bree Walker refused to keep hiding her hands while reporting the news, and a very recent newspaper article featured pianist Jason Black, aka the Black Scorpion.

Surgery can help, and a gofundme campaign is asking for contributions to treat a baby not yet born.

Although several genes have been implicated in ectrodactyly, the responsible mutation remains a mystery in two-thirds of affected individuals.

In the olden days, before exome sequencing and CRISPR/Cas genome editing, identifying the gene behind a rare single-gene disease relied on finding rare families in whom a detectable chromosomal problem tracked with a specific syndrome. Developing mouse models took years. But using mice and CRISPR/Cas, Stefan Mundlos, MD, of the Max Planck Institute for Molecular Genetics and Guntram Borck, PhD, of the University of Ulm and their colleagues created mice with an array of mutations in a novel gene behind split-hand/foot in under 10 weeks (DNA Science covered Dr. Mundlos’s work on mutations that turn arms into legs.)

A Tale of Two Families

The researchers began with a 6-generation family A, from Pakistan. The analysis hits all aspects of genetics:

Mapping using single nucleotide polymorphisms (SNPs) in family A pointed to a section of the long arm of chromosome 2 not known to harbor any genes associated with limb development. Then exome sequencing of one of the affected boys led to two candidate genes on chromosome 2, only one of which – ZAK – was known to affect limb development, in mice and human embryos. The three cousins each had two copies of a missense mutation in ZAK, which substitutes one amino acid for another in the encoded protein.

Next the researchers sequenced ZAK in 106 unrelated patients, and found a partial deletion in both chromosome 2s of a boy from Tunisia, family B. His parents, who are first cousins, and his brother have only one copy of the deletion and have normal hands and feet. The boy has normal hands but duplicated nail beds, and feet with merged toes (syndactyly) and one duplicated toe. His deletion removes the final 4 of 16 exons in ZAK, and the mutation was not in any databases.

Although family A has a missense mutation and family B a deletion, both affect the same part of the gene, called the SAM domain.

The researchers used mice to further analyze the role of ZAK in split-hand/foot malformation, using the MIT version of CRISPR to make precise deletions, insertions, and swaps.

First, they created mice transgenic for human ZAK. Then they genome edited mouse embryonic stem cells to get animals with one copy of the mutation, and bred them to create the 1 in 4 offspring (Mendel’s first law) that have two copies of the mutation, like the three cousins and the boy from Tunisia.

Mice with both copies of ZAK entirely knocked out didn’t survive beyond the embryo stage. So people with split-hand/foot due to mutations in ZAK must have less catastrophic mutations than the doomed mice, because they survive to be born.

What would happen if the mice only had problems with the SAM parts of their ZAK genes, like the people? Sure enough, mice with SAM edited out had doubled or stunted hindlimbs or feet, split femurs, and extra toes. Ectrodactyly is also variable in humans, even within families like that of the original Lobster Boy.

Next, the researchers probed the genes with which ZAK interacts. They found very little expression of a gene called Trp63, known to cause ectrodactyly in people, in the mice with the weird legs.

Remember the Pakistani cousins? Modeling the ZAK protein (using a technique called circular dichroism) showed that the family’s single-base mutation unravels alpha helices that are normally nestled into the core of the SAM domain away from water. That tiny glitch destabilizes SAM and ZAK. Rather than neatly self-assembling, they glom together in a way that prevents development of normal limb “buds”.

Many details remain to be worked out, but this paper is an important step in unraveling gene interactions that oversee limb formation.

Alas, we have a long history of scary biotechnologies becoming commonplace over time. Perhaps CRISPR/Cas and other genome editing tools are scarier because they can be deployed on a human germline, given some tricky manipulations. But the bigger picture from the study: genome editing can recapitulate human genetic disease in an animal model in mere weeks.

The researchers conclude that the approach “holds the promise to contribute to a paradigmatic shift in the investigation of Mendelian disorders. This will be extremely useful in the future to investigate the pathogenicity of rare missense alleles that might occur only in single families.”

I wish the media would pay as much attention to these exciting new reports on the fledgling eclectic uses of genome editing as they do the potential misuses.