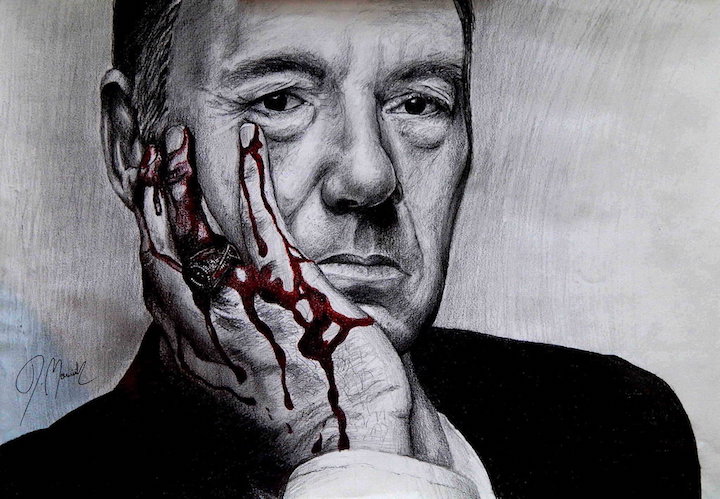 Ridiculous headline? It’s just about as ridiculous as the one that circulated widely late last week:

“Fructose alters hundreds of brain genes, which can lead to a wide range of diseases.”

So proclaimed a news release from UCLA that ran at the EurekAlert! clearinghouse from which much science news springs. Never mind that the headline referred to an experiment on two dozen rats. Scientifically, the statement is so absurd that I suspected immediately that it was mistaking a change in gene expression for a change in a gene’s base sequence, a mutation. Such carelessness can needlessly upset people.

The news aggregators bit, from Science Daily to Techtimes to Science Newsline Medicine. True Viral News embellished the story with “Fructose alters a whole lot of mind genes, which may result in a variety of illnesses.”

Intrigued, I read the actual paper.

The study set-up is pretty simple. Eight rats drank water. Eight rats drank water spiked with 15% fructose. Eight more rats drank water with fructose and an extract of flaxseed oil, rich in omega 3 fatty acids. The rats ran mazes, before the drinks and after. Six weeks later, the animals who drank the sugar water ran the mazes half as fast as those in either of the other groups. THAT’s the evidence that we should all worry about fructose destroying our brains, and fatty acids saving them.

The UCLA news release that catalyzed the media reports mentions the rats in the 8th of 20 paragraphs, and starts misinterpreting the science in paragraph 11. The language repeatedly says “altered genes” but then says that “a biochemical group” binds to cytosine, one of the DNA bases. Hint! They’re talking about methylation, and not actually changing the DNA. It’s about epigenetics, not genetics.

The research paper in EBioMedicine, which is a hybrid of The Lancet and Cell, describes performing transcriptomics and methylomics – that is, looking at messenger RNAs to see which genes were turned on (expressed) and looking at which parts of the 20,000 genes they screened had bound methyl groups, which turn genes off. Small sample sizes in genomics studies are often justified by the huge volume of DNA data, and the rats are highly inbred, so true genetic changes would stand out.

But turning genes on and off is not the same as “altering” the DNA, because it does not change the base sequence! If I put on a dress to give a lecture, I am not changing me. I am changing how I express myself. The misunderstanding of gene sequence versus gene expression is what got me thinking about Kevin Spacey.

A House of Cards Scenario

Everything we do affects the expression of our genes – that is, which proteins certain cells make under certain circumstances. When we eat, sniff a flower, see a car crash, pet a cat, scream at a rock concert, make love, deal with telemarketers, listen to Donald Trump, become nauseated, suites of genes turn on and off in the crescendo that is experience and life.

The last episode of season 4 of Netflix’s drama House of Cards, in which Kevin Spacey plays nefarious U.S. President Frank Underwood, is tense and disturbing, with a mounting feeling of dread – except from Frank, of course. Nothing rattles him.

As I sat riveted on the couch, mRNAs peeled off of the genes that control production of neurotransmitters and various stress hormones. Cells of my hippocampus, one of the sources of DNA targeted in the rat paper, were especially active as I recalled real events from the news identical to what was about to play out onscreen. I put my hand over my mouth, sat back, and closed my eyes – activating muscles. Actin and myosin filaments slid past one another. My stomach churned as transcription of the gastrin gene revved up. I gasped when the last scene was mercifully only reflected in the reactions of the characters seeing the brutality unfold.

A news release similar to the rat fructose one might say that Kevin Spacey’s Frank Underwood, who set the plot in motion, was altering the genes of those who watched the episode. But I doubt that my DNA mutated. The responses were transient, as gene expression tends to be.

Gene expression isn’t the only genetic phenomenon that is often misunderstood. Consider this phrase, “About 1.5 to 2.1 percent of the DNA of anyone outside Africa is Neanderthal in origin,” from livescience.com, but similarly stated in many other places. Now consider some puzzling statistics. Humans share 98% of their genome sequences with gorillas, 99% with chimps and bonobos, and 99.7% with Neanderthals. Then how can people outside of Africa share 1.5 to 2.1% of their DNA with Neanderthals? I’m pretty bad at math, but that just doesn’t add up.

But I was stymied at how to explain this in my textbooks. So last week I e-mailed Harvard’s David Reich, one of the leaders in the field of ancient hominid DNA, and he responded: “You get 50% of your ancestry from your mother, and 50% from your father. And yet you are identical in all but 0.000001% of your DNA to each of them. The statement we are making is about what proportion of one’s ancestors, going back in time say 100,000 years ago, were Neanderthals.”

But the erroneous statistic is pervasive. Here’s another example: “Modern Melanesians have roughly 2 to 3 percent of their DNA from Neanderthals.” That would mean the Melanesians are more closely related to chimps than to Neanderthals. I don’t think so. Didn’t we split from a shared ancestor with chimps about 6 million years ago?

Yet Another Pet Peeve

I hate buzzwords that present old ideas as news. A story even more annoying than last week’s fructose scare was from two weeks ago: “13 genetic superheros.” Some headlines ran “13 genetic superheroes walk among us,” adding even more nonsensical hyperbole. These are people with genotypes that are associated with very bad diseases but who do not get the diseases. I can just imagine someone dreaming up the “genetic superheroes” and predicting that the media would buy into it. And they did, bigtime. Nothing quite like a new catchphrase.

Even the top publications that skipped the fructose story drank the grape Kool-Aid of the genetic superheroes, catapulting a simple demonstration of the classic genetic concept of incomplete penetrance to breakthrough status. DNA Science covered “Why-do-healthy-people-have-mutations? a year or so ago. It’s hardly a new idea, although the data reported recently were. A nice study, for sure, but with an obvious premise, treated in some write-ups as something that had never occurred to other geneticists. It had.

A Checklist for Researchers

Dumbing down stories about genetics can unnecessarily worry people. Someone could think, based on the media coverage last week, that eating too much fructose could change genes in a way that passes those brain diseases to the next generation!

So where do the misunderstandings about genetics arise? Getting out accurate information about DNA science entails a chain of trust.

The people who like and tweet the news reports – many thousands of them, for who wouldn’t want to pop a DHA tab and prevent Alzheimer’s? – trust that the information is accurate. The news aggregators, who I’m not entirely certain are humans but might be algorithms, automatically copy news releases, like replicating DNA. And if the releases are from respectable institutions like UCLA, reporting on work funded by the NIH and published in prestigious journals, and circulated on EurekAlert! even though they have a disclaimer, then why not?

The next level in the communication chain is the news releases writers or the public information officers who direct them. They must trust that the researchers are describing their work accurately.

Optimally, a news release writer will run a draft by the researchers. But how many researchers actually read the draft, peruse their quotes in the context of what’s written around them, or consider how explanations may gloss over important distinctions like mutation and altered gene expression?

Here are some suggestions for genetics researchers speaking to members of the media who may not have much science background:

It’s wonderful that so many people are interested in genetics and genomics, and researchers should welcome the opportunity to help communicators write accurate stories. I’d hate to think that fructose will damage my brain and that 1.5% of my genome is Neanderthal.

Source: How Kevin Spacey is Altering Our Genes