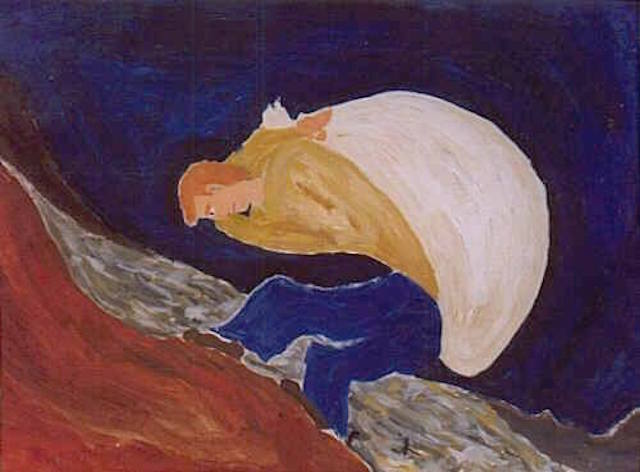 This Election Cycle has necessitated the grappling with very thorny choices! The involve not only what candidate to support, but how to manage discussions on Facebook, maintaining sanity, self-respect, and some sense of both openness and effective personal boundaries in the face of some very emotional responses to one’s posts.

This intensity has driven me, for practically the first time ever, to delete a few responses. I did not do this lightly. I had come to feel that people were occasionally defacing my posts, responding with vitriol and actual hatred!

On the other hand, this being so unlike my usual behavior, I occasionally found myself wondering, “Would a Dictator, who has just had his army ‘clean up’ a few dissenters via firing squad, feel better the way I have, having ‘gotten rid of the opposition?'”

All I can say is that I’ve done my best, and am still processing this whole experience.

The Crux: Is There a Conspiracy?

In my opinion, the vehemence of some of the comments that have landed on my page has had to do with the belief of the comment’s authors that there is a conspiracy undermining the quality of life in America and perhaps the world.

It seems to me that many Sanders supporters who simply cannot abide Mrs. Clinton believe that everything is rigged, everything is rotten, and this total corruption is being foisted upon us consciously by “the 1%” or some other oligarchical group, which can never be trusted and is exclusively out for itself, leaving “the people” completely up a creek.

I’ve never been a conspiracy person. Still, having fielded such a post yesterday, I addressed my Higher Power this morning in one of the letters I write Him from time to time, to explore the matter in terms of my own life-experience. Here is a portion of that letter:

It seems too complicated to me, this seeing a Bad Guy behind every bush (and, well, every Bush :-) ) to believe our whole society is ruled by a diabolical cabal. A friend wrote that John Kennedy was about to expose all this, but “they” killed him.

My own life does not seem to demonstrate that degree of control by anyone or anything external. There are difficulties. Some of them are because of my own shortcomings/imperfections as a drop-soul who is not fully perfected. Others are simply that effort is necessary in life to see anything through.

The oppression in my own life is, much of it, self-created and habitual. I’m trying to work my way beyond it. I do not feel there are really any limits to what a person can accomplish, even in America as it is now.

Yes, it is harder for some, but even though I was born into a middle-class family with many advantages, I had thrown them all away by the time I was 21, and am only alive, I feel, because my desperate prayers were answered, and, it seems, have been consistently, though not always immediately or spectacularly, answered my whole life through.

I can’t speak for anyone else. I don’t know anyone else’s story from the inside. But this is what I glean in looking over my own life.

I’m a complete misfit who works, in my sixties, at a low-paying job in childcare; yet my wife and I are able somehow to live comfortably in very expensive California.

Yes, part of this is karma, I suppose the good karma that associated me with my parents (there is of course also a negative side to that association, which they and I devoted much energy to working through).

But that’s not all. Everything has “come in” in such a way that Barbara and I can live! And that’s really all we want. That quote from the New Testament, “Seek first the kingdom of Heaven, and all things shall be added unto you”…it seems so.

I’m a deeply imperfect person. Yet from age 22, when I first encountered the Love that I call Meher Baba (Love is really beyond name, but occasionally takes on a name such as, in history, Jesus, Buddha, Abraham, Mohammed, Ram), my life—while being far from easy—has been like that of the proverbial cat with 9 lives! My blunders, which by all rights “should” have left me sidelined in a mental hospital, or even a prison for the rest of my days, have in each case so far–and there have been many–led to a new beginning, a fresh page.

Sometimes I had to wait and pray and yes, suffer, for a year or more. And the arrival of what I can only call Grace was not always dramatic. Sometimes the improvement was gradual, until I suddenly realized one day “Hey, I’m actually living again!” On the other hand, sometimes very dramatic spiritual re-births did happen, beyond my wildest dreams. No, actually like my wildest dreams!

I remember telling a professor friend who came to visit me in the psych ward years ago, “I wish I could attend a big party in Heaven with all the people I love!” I thought I’d never do anything again with people. Life really seemed over.

And then, a year after that, after some fortuitous correspondence I found myself sitting with my now-lifelong friend Ram Dass in his motel room in Oklahoma City on the day after his talk at the Civic Center. I felt it was my last chance. He basically asked me to tell him all the things that were killing me because of my shame. Throwing all caution to the winds, I just blurted out everything I’d held secret and still thought he might kick me out of the room for.

And in response, he was just love! He was absolutely pure in our work, and, again, what I call “Meher Baba” was coming through his eyes and his smile and the wonderful “I Love You!” with which he rewarded my saying not what convention dictated, but the truth!

And I walked out of that room two hours later as a ray of the Sun, and that Party I’d wished for to my professor started happening right here on Earth, which had become Heaven!

Another small example: a few years ago, I got an email from a lady named Jane Olivier. She was involved with a collective that published an online “Zine” called The Mindful Word. She had seen a few of my poems on a website where sort of kept them for storage. She asked if The Mindful Word might publish them. I said “Sure”. But after that I sent in an essay and they printed it, then a story, and finally a flood of reviews, more poems, essays, humor pieces, Art, and more stories! For the past five years or so, I’ve been blessed to have this public voice! Another journal, The Seattle Star, also began publishing many pieces a year or two later.

In my experience, this is often the way gifts from God appear…at first, as a small blip on the horizon, just a little thing. But as time goes on, these gifts get closer, and bigger, and “keep on giving”…like a gold mine that is yielding more and more, and finally, perhaps, a motherlode! One of my mottos nowadays is: “Never take a small boon for granted. It may indeed be, in disguise, one of those Godsend gold mines.

So, friends, for me, the only Conspiracy I have discovered has been my ego’s conspiracy with what Easterners call Maya–the wily, hydra-headed “principle of ignorance.” That is the battle that has raged and raged.

And it will go on until Truth and Love are Victorious—forever!