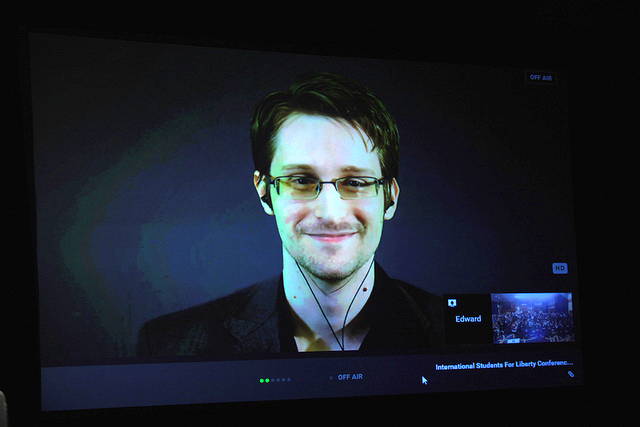 “There can be no renewal of Section 702 unless warrantless surveillance of Americans’ private lives is stopped,” declared bipartisan coalition End702.

Three years ago on Monday, the world was shattered by news that the United States was conducting sweeping, warrantless surveillance of people, heads of state, and organizations across the globe.

To mark the anniversary of those revelations, brought forth by a then-unknown contractor working for the National Security Administration (NSA), a coalition of public interest groups have launched a new campaign fighting for the expiration of the law that the government claims authorizes its mass spying.

Section 702 of the FISA Amendments Act of 2008 “has allowed for mass surveillance programs, including PRISM and UPSTREAM,” — two programs exposed by NSA whistleblower Edward Snowden — “that have been used by the U.S. government to warrantlessly collect and search the Internet communications of people all over the world,” states the coalition website End702.com.

That law is scheduled to sunset on December 31, 2017. With that deadline approaching, Congress has been holding a series of committee meetings to discuss potential reforms and, as the bipartisan coalition states, are thus being forced to reckon with the government’s “politically toxic” mass surveillance program.

As surveillance watchdog and campaign organizer Fight for the Future wrote in a press statement on Monday, “with growing skepticism across the U.S. that Congress will be capable of passing a legitimate reform that protects the privacy and security of Americans,” the campaign sees “a sunset of the provision as the only realistic acceptable outcome.”

“There can be no renewal of Section 702 unless warrantless surveillance of Americans’ private lives is stopped,” declares the coalition, which includes groups such as American Civil Liberties Union, Government Accountability Project, Arab American Institute, and the Electronic Frontier Foundation (EFF), as well as conservative organizations such as the Campaign for Liberty, among others.

“Now that we know how the government has abused the surveillance laws, Congress must start their review of Section 702 from where most Americans and organizations on the left and the right stand—the constitutional right of everyone to not be warrantlessly surveilled,” said Fight for the Future co-director Tiffiniy Cheng. “If 702 in any form doesn’t meet that mark, it has no place for continuation.”

“Since the Snowden revelations,” Cheng continued, “polls and studies have shown that people care deeply about their privacy and security, have been self-censoring themselves, and have changed their behavior.”

“As data and privacy become a business liability, and as more people are targeted for their race or religion based on this data, the government’s programs on mass surveillance are becoming so politically toxic, most members of Congress or the White House will be embarrassed for supporting it,” she added.

Indeed, as EFF’s Rainey Reitman wrote on Monday, “The Snowden leaks caused a sea change in the policy landscape related to surveillance,” from the recent passage of the USA Freedom Act to the coming “showdown in Congress over Section 702.”

“The Snowden leaks have helped illuminate how the NSA was operating outside the law with near impunity,” Reitman added, “and this in turn drove an international conversation about the dangers of near-omniscient surveillance of our digital communications.”