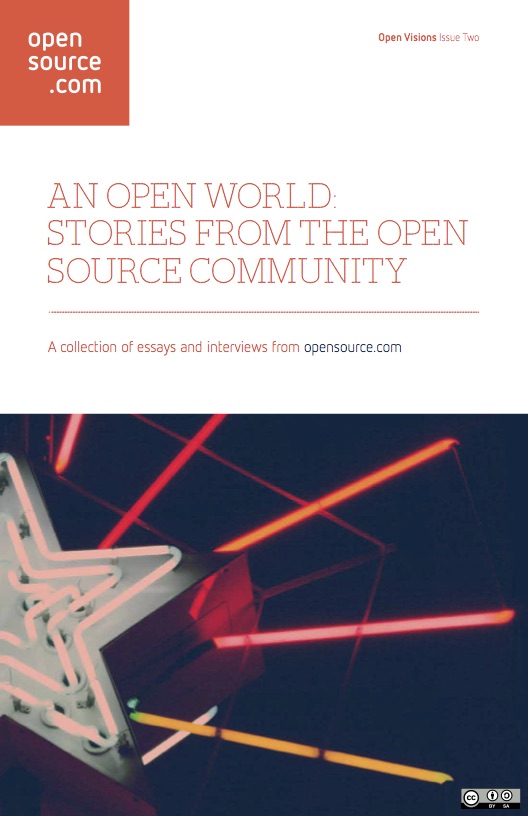 When the technology of book or album production was extremely expensive and limited, the only people who had to worry about copyright were those who could afford to buy a press or a movie studio. All the laws that were made concerning copyright were made to regulate that select group, based on the premise that the group was extremely limited.

The introduction of the computer changed that. Suddenly anyone could be a publisher or record company or studio. Consequently people who never had to worry about copyright in their lives now suddenly have to worry about copyright. The Creative Commons arose as a response to this world, to give people who weren’t big studios and companies a way of sharing their ideas the way they always had, only better.

There has been a kind of myth around the idea of the Commons. Namely, that it is all about technology. It isn’t. Long before there were computers, there were arguments, riots in fact, about the use of public property The history of the enclosure movement in England is an object lesson. The idea of a commons not about technology, but rather the things technology touches. However, in the modern world technology touches everything.

While this means that the global commons is once more under threat from a “second enclosure movement,” the same technology used to surveil, limit and control people can also be used for the opposite aim.

An Open World contains some of the most empowering and popular stories on how technology can be used to open up education, government, business, health, and other areas important to every citizen. As the editors of Opensource.com write about their anthology, this is material from the trenches, the library, the cubicle, the classroom, the boardroom, aimed at everyone who wants a brighter future and a richer life.

From politics to office design, from enforcing patent law to teaching kids how to paint, this anthology contains a number of excellent pieces on how to open up your own world. It’s time technology began to work for you in your life instead of against you. Here are some ways others have made it happen. Now you can make your own.