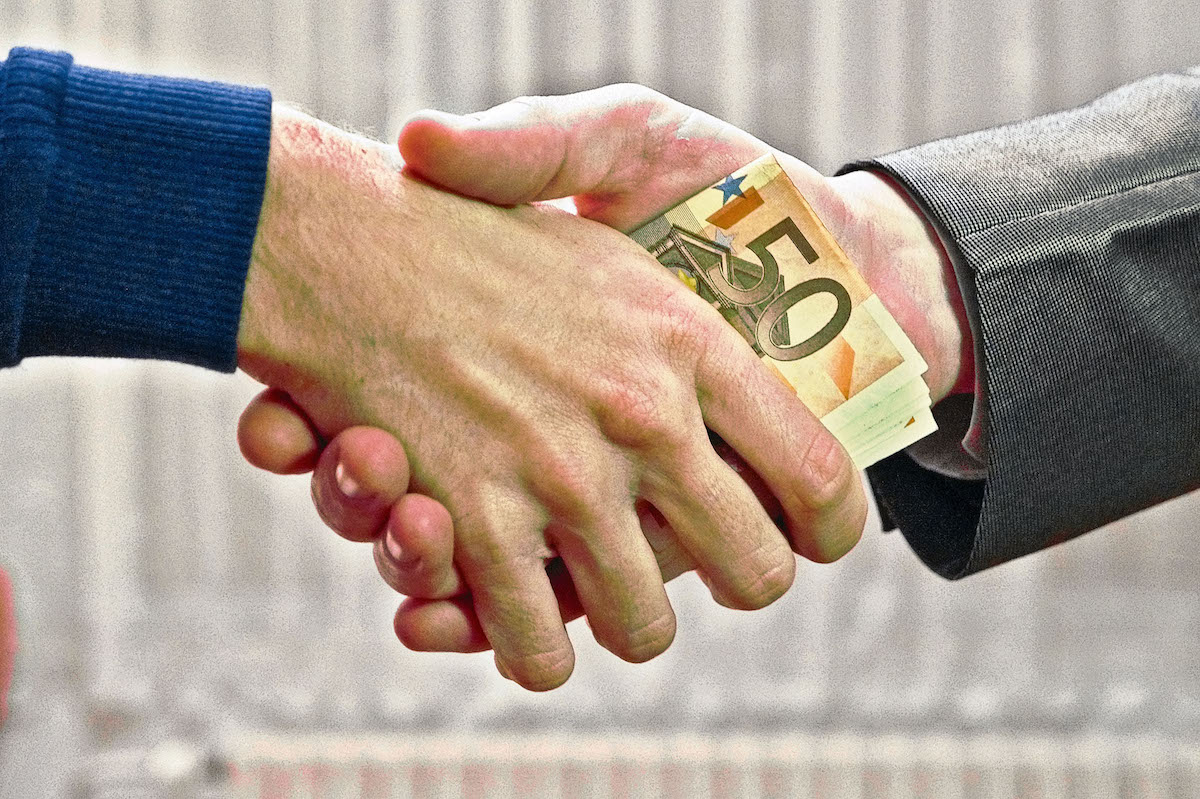 Ross is not just your ordinary 79-year-old billionaire so often accused of cheating that he can semi-plausibly claim to Congress his failure to disclose an active 8 figure lawsuit against him was because he got it confused with other lawsuits against him.

And Ross is not just your typical billionaire paper pusher private equity guy whose manipulation of markets has hurt the American workers on whose behalf he professes to be interested in creating jobs.

As discussions of Russia and Trump reach a crescendo, it is curious that the Senate is rushing forward with Wilbur Ross’s nomination. By a 66-31 margin little noticed by the political media, the U.S. Senate on Thursday, February 17th set a February 27th confirmation vote for Ross he seems likely to win easily.

That was only hours after six Democratic Senators sent Ross a letter “questioning the billionaire financier about his ownership stake in the Bank of Cyprus, on which he still serves as vice chairman of the board of directors. The six senators demanded answers about his relationship with Viktor Vekselberg, the second largest shareholder in the bank.”

And who is this Viktor Vekselberg? Vekselberg is a friend of Russian leader Vladimir Putin and former member of the board of directors of Russian state-controlled oil giant Rosneft, which McClatchy notes “is under a partial sanction by the U.S. Treasury Department.”

In 2014, Ross led a €1 billion bailout of the Bank of Cyprus and appointed several Russian nationals with close ties to the Kremlin to the Bank’s Board of Directors. Ross took an 18 percent ownership interest in the bank. Cyprus is a key financial portal for Russian oligarchs, “often used by Russia’s politically connected businessmen. In a March 2013 report, McClatchy detailed how Russians had come to dominate Cyprus as both customers and providers of financial services.”

Ross is currently serving as a Vice Chairman of the Bank of Cyprus alongside Maksim Goldman, an executive of Renova Corporation. Renova is the second largest shareholder in the Bank and a Russian conglomerate headed by Viktor Vekselberg. Mr. Vekselberg is an ex-KGB colleague of President Putin. The prior co-Vice Chairman of the Bank, Vladimir Strzhalkovsky, served together in the KGB with President Putin and later served as Russia’s Deputy Minister of Economic Development and Trade and head of Russia’s Federal Tourism Agency.

Ross’s ties to Russia do not seem to have come up in either Ross’s confirmation hearing or his initial Senate questionnaire. In the post-hearing questionnaire made available to the public, the most notable way Russia came up was Alaska Senator Dan Sullivan (R-AK) saying he was fearful that Russia was preparing to more rapidly exploit access to the Arctic enabled… well, enabled by climate change, yet neither Sullivan nor Ross had the integrity to mention why the Arctic is suddenly open to commerce.

Sen. Maria Cantwell, D-Wash. did send Ross a question about his relationship with Russian investors in the Bank of Cyprus; his interesting answer on January 22nd “was that he did not have any relationship prior to his investment in the bank, and had only met with the main Russian investor once, for an hour.”

And while Ross’s Bank of Cyprus investment has been sufficiently unsuccessful to make somewhat credible that he had not done sufficient due diligence on his partners, he has as of yet failed to provide Senate Democrats any information about that meeting.

A shockingly basic question from the six Democratic senators remains unanswered: “Are you aware of any loans made by the Bank of Cyprus to the Trump Organization, directly or through another financial institution, its directors or officers, or any affiliated individuals or entities?”

The Democratic senators had other direct questions that ought to be readily answerable, including “whether there were any ties between current or former bank officials and the Trump Organization or Trump campaign” and “whether anyone with ownership interest in the bank sought to directly or indirectly influence the U.S. election of American policy positions.”

Note that hours after voting to schedule a vote for Ross, the Senate’s bipartisan Intelligence Committee met with FBI Director James Comey behind closed doors. They emerged seemingly increasingly serious about investigating the nature of alleged Russian interference in the 2016 election.

It is very difficult to square seriousness about Trump and Russia with relative indifference to Ross and Russia.

The Senate has a duty to provide checks and balances on the executive branch.

Article II of the Constitution is clear that the president’s authority to “nominate” is only “with the advice and consent of the Senate.”

It is exceedingly unlikely that Senators “advised” President Trump to nominate Wilbur Ross for this position.

Until Ross provides public answers about his ties to Putin’s friends, it is clear Senators lack enough information about Ross’ known ties to Russian oligarchs to provide informed “consent.”

Senators are scheduled to vote on Ross’ nomination Monday, February 27th. What are the odds Ross will have come clean by that time?

Jeff Hauser runs the Revolving Door Project, an effort to increase scrutiny on executive branch appointments and ensure that political appointees are focused on serving the public interest, rather than personal professional advancement. Thanks to CEPR.