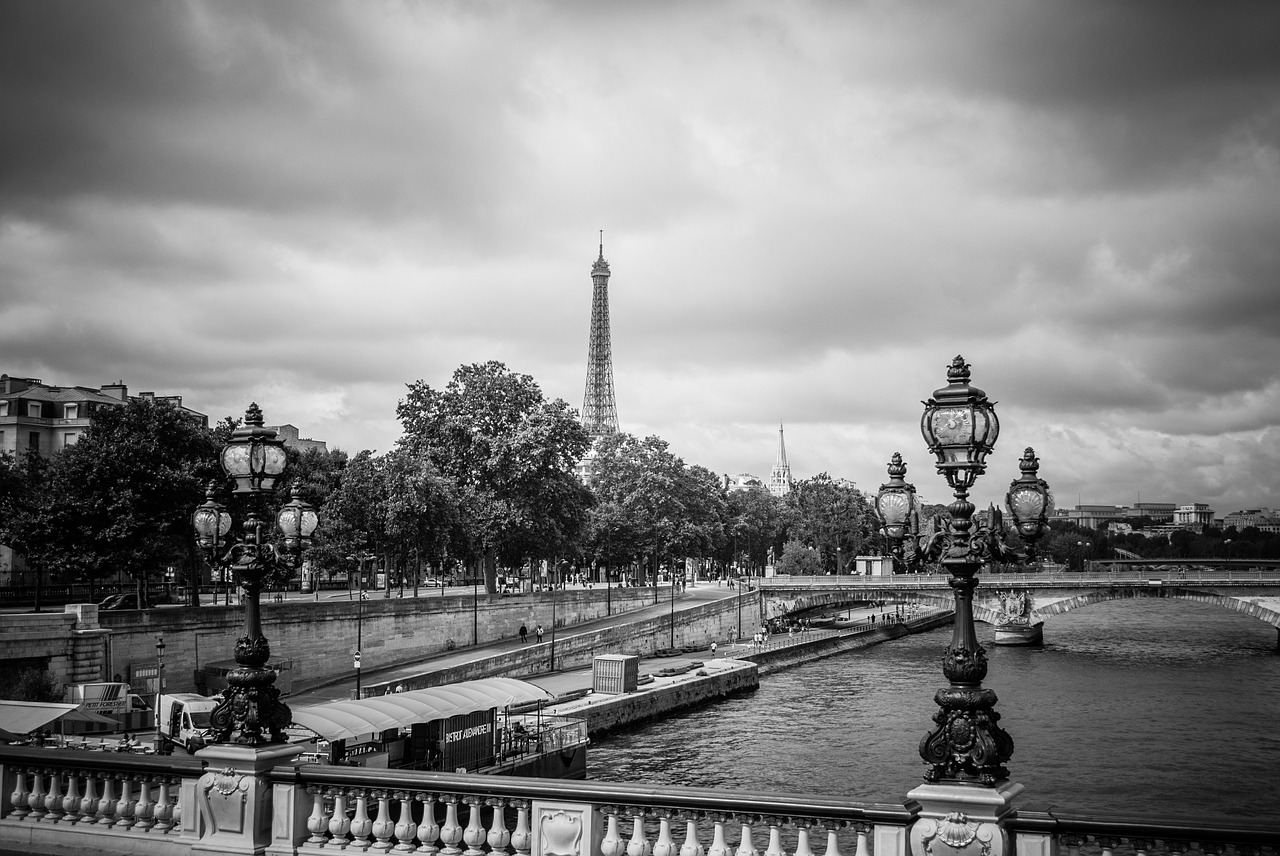 In early February, the City of Paris prompted severe criticism from NGOs by placing massive boulders under a railway bridge that was being used as a temporary shelter for many migrants. Facing public outcry, City Hall argued that the relocation of the boulders was made for “logistic reasons” and that it did not reflect an anti-immigration policy.

However, this decision directly impacted the lives of hundreds of migrants, who were not offered an alternative (and better) option. Few weeks after, a group of stone carvers was formed and started to rehabilitate the location, transforming it once more into a living space. While appearing trivial or neutral, urban architecture has long been used as a political tool. And while a few are aware of it and react, many are still oblivious to it.

In 1980, The Street Life project published

The Social Life of Small Urban Spaces, the compilation of ten years of New York City life observations. Led by renowned urbanist William “Holly” Whyte, the research group documented New Yorker’s daily routine on film, gathering an original and unprecedented material. Office workers enjoying the sun on the steps of a building entrance, lovers kissing on a bench, impromptu meetings on street corners… All these ordinary parts of life that we barely pay attention to, Holly turned it into urban planning poetry. With an innovative approach to urban design and ethnography, The Street Life project developed a theory of public spaces based on the study of human interactions and behaviours. They advocated for the creation of spaces that “foster civic engagement and community interaction” using bottom-up design, art installations and urban parks.

For the pioneering group, the future of our cities resides in the implementation of sociable urban furniture, mirroring Whyte’s conclusion that “what attracts people most, it would appear, is other people.”

The political nature of urban landscapes

At the same time, a much-debated article entitled Do Artifacts Have Politics? was published by the MIT Press. In this fundamental essay, the political scientist Langdon Winner raised the question of the political nature of technologies.

Can a bridge be racist? An assembly machine, authoritarian? How is it that the automobile, the television or the space program are generally viewed as liberating, democratic innovations? Revoking both technological and social determinism (the ” who shapes who” question) Winner found an original path for thinking about our modern material culture. He argued that artifacts (man-made pieces or systems of hardware) have inherent politics and that the design process of a technology often favors the interests of a particular community at the expenses of others. What we mostly view as innocuous, “pre-political” objects such as buildings, roads or industrial machines, in fact contain and exercise a form of power.

What we mostly view as innocuous, “pre-political” objects such as buildings, roads or industrial machines, in fact contain and exercise a form of power

Drawing on the infamous example of the Long Island parkway, Winner broke new ground in evaluating technologies as “ways of building order in our world”, and not just as neutral tools, mainly seeking efficiency.

Anyone driving on the parkways from New-York City to Long Island will pass through a number of unusual, abnormally low bridges. Sitting behind the wheel of an automobile, it is unlikely that anyone would give a second thought about this strange design. Yet, these curved structures are not there by chance. According to Winner, they embody the racial bias of its master builder. Legendary and controversial city planner Robert Moses, whose work can be seen all across New York State, is said to have purposely designed the 200 low-hanging overpasses so that only cars could go through. By doing so, he prevented public transportation from accessing the area of Jones Beach, his famous public park, highly appreciated by the car-owning white middle-class New Yorkers. In consequence, low-income and racial minorities that relied on buses were kept out of the roads, unable to cross the parkway.

Winner relied on Moses’s biography by journalist Robert Caro which revealed in 1974 that the ambiguous urbanist was perfectly aware of the prejudice he caused, applying these methods on numerous occasions. From there, it would be easy to see Moses’s discriminatory work as an anomaly, a visible sign of a segregated past whose opposite ambition is expressed in Whyte’s vision for cities. Yet, they both acknowledged that our built environment has a political power and that it can constrain as much as it can inspire us.

Living in a hostile city

The history of architecture is full of examples of constructions aimed at controlling population such as Haussmann’s design of large boulevards in Paris to prevent barricades and protests. Today, local governments use urban design and planning to exclude certain communities from public spaces. “Hostile architecture” targets both teenagers and the elderly, low-income and homeless people. Anti-social devices can be found in public or semi-private spaces and intend to deter certain behaviors like loitering, skating, sleeping, littering, and so on. Architects and their public sponsors have shown great imagination in designing “hostile” street furniture, as well as discreet and deterrent devices. On their blog, Gordan Savičić and Selena Savić reference the “unpleasant design” of our cities and the resistance strategies it generated. French artist Gilles Paté for instance cynically renamed “fakirs” those who defy the pernicious metal spikes that prohibit them from lying down.

“Hostile architecture” targets both teenagers and the elderly, low-income and homeless people

Other initiatives, mostly started by urban activists such as the French Survival Group or the UK artist Nils Norman, gather photographic material to raise awareness on the impact of hostile architecture. This approach seems necessary as the main feature of such urban design is that “it’s easy to miss unless you are part of the community being targeted”.

Advocated by both local authorities and private businesses to gain more control over certain areas, this urban trend expresses itself through physical objects such as bollards, fences, and walls, but even more through technological devices. The proliferation of surveillance cameras and tracking sensors is shaping the “smart city” model on both security and optimization grounds. Predictive algorithms are already being tested by local governments to target potential criminals amongst certain communities. The pervasive nature of urban monitoring systems must be questioned as smart cities emerge all over the world. As Rob Kitchin points out, with the development of continuous geosurveillance “citizens and spaces have become knowable and governable in new ways.” Augmented cities carry social side effects that are still largely unrecognized and many doubt their current benefits for citizens.

How can cities overcome exclusion by design

Our urban environment is becoming more and more amenable to discriminatory infrastructures, its implementation happening right under our noses. We desperately need to tackle this issue as our cities are becoming less and less able to integrate all citizens. Hostile architecture perpetuates a shortsighted vision that sees technology as a miracle cure for all urban problem, brilliantly dealing with the effects rather than solving the root causes of poverty and exclusion.

It is understandable for city stakeholders to be seduced or comforted with this technicist approach as it implies the reduction of civil servants (police forces, security officers…) and ensures a high return on investment through data collection and process optimization. However, the symbolic impact of hostile architecture is crucial. It reflects the idea that some citizens are less valuable than others in our cities and that we gave up on trying to include them. Our urban landscapes bear the traces of bad policy choices and exclusionary designs, raising the question of the legacy we are currently building for our cities.

How can we collectively improve our environment and prevent oppression by design? Some answers may be found in the past. To deal with the urban safety problem, Whyte advocated against defensive architecture and surveillance devices, and recommended that “the best way to handle the problem of undesirables is to make a place attractive to everyone else.” In his view, social diversity and inclusion should be at the heart of our cities’ design, as “so-called ‘undesirables’ are not the problem. It is the measures taken to combat them that are the problem.”

About Clémentine Malgras
Interested in intersections, between tech and everything else. Content producer and curator, I reported in South America for a year and managed editorial strategies for tech companies and events. Now exploring cities at the 2017 OuiShare Fest.