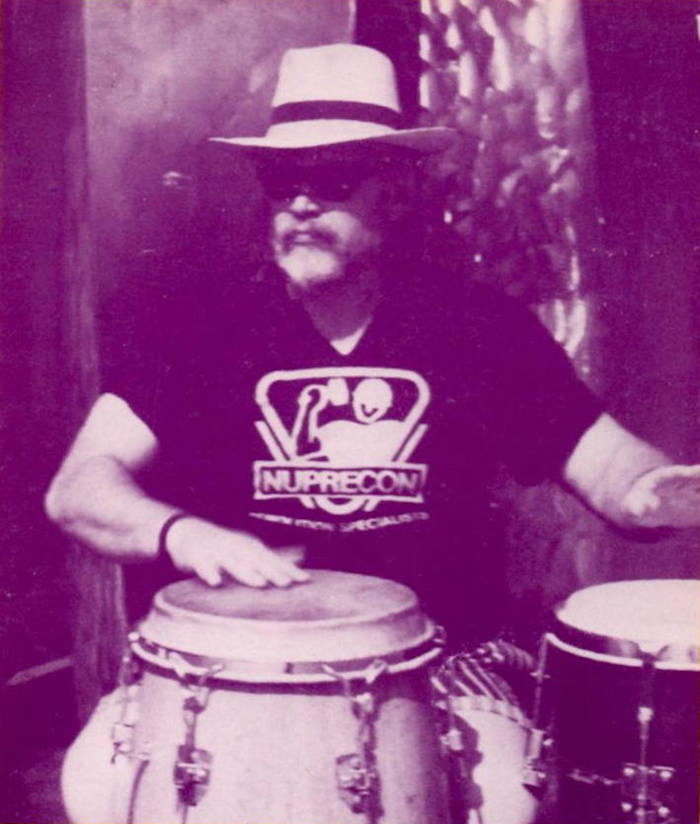 I felt like Geraldo Rivera opening Al Capone’s locker,
except without the cameras
or the national shaming,
when the page brought out
the Don Wilsun papers from
the University of Washington Special Collections.
In my mind’s eye, I had envisioned
a veritable treasure trove of documents
chronicling a rich, 25-year history.
I received a container, about the size of
A Doc Martens shoebox,
Containing 5 slim manila folders:
Photos, correspondence, publicity, Red Sky minutes, writings.
The photos consisted of one 1976 Peace Corp group shot,
a bunch of single shots spanning 3 decades of Don
on the streets or standing in front of some bayou
in his beloved Nyeww Awleens,
a couple snapshots of what must have been
a happy trip to Paris in 1981,
reading from his book Orcas Island at Shakespeare & Co.,
posing in front of Van Gogh’s portrait of Pere Tanguy.
The only other person in the photos
was a woman named Carole Phillips.
She was also the sole recipient of the material
in the Correspondence folder,
a handful of postcards and letters over the years,
filled with blustery innuendo
and tales of how he almost fell off a 56-story highrise
during one of his construction jobs.
I guess they must have liked one another a lot.
One copy of the Red Sky minutes, 3/21/85.
Two publicity fliers.
And a small sheaf of typed, unpublished poems.
All told, there weren’t enough scraps to use
as kindling for a funeral pyre.
The newspaper obit said that
Don left no heirs.
Perhaps he would have been better served
if he had.
Then, thinking of my own 18 year-old daughter
I reconsider.
No pyramids for poets; the landfill awaits.
On the way out, I huddled surreptitiously
against the wall of Red Square to
smoke a cigarette.
A student still yelled at me
that there was no smoking allowed on
the entire campus.