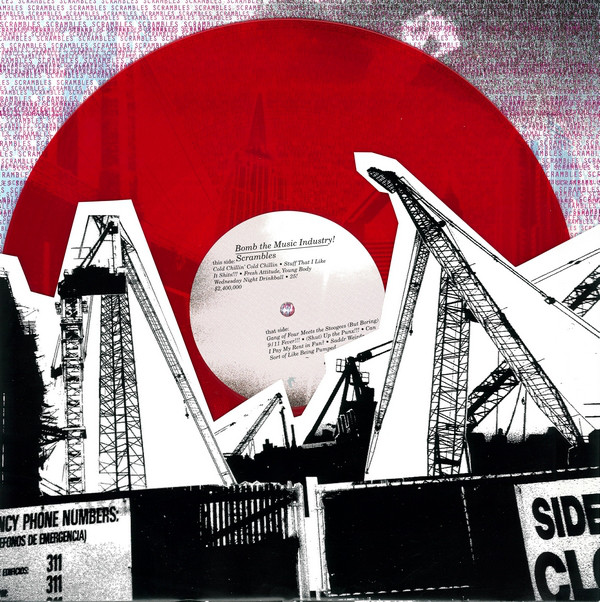 You could buy the red transparent vinyl, which we highly recommend for those of you who like wobbly, petroleum-based wow & flutter with your tunes, but before you do, download this and listen.

As an aging punker himself, The Star’s Sam Luis Obispo recommended this to us after a sober night of reflection on how bad Coldplay sucks. In the shallows of his despair, Sam tells us he was poking around on Internet radio and heard this by accident. At first he thought it was an old 1980s punk album where punkers still remembered the roots of their music in reggae and ska. But then he smiled when he realized the production value was contemporary so the album had to be too.

Immediately he tracked it down, shared it with us, and told us that if we didn’t make it a Free Thing for our readers he would call us out as “bourgeois” and other not terribly nice things.

We could hardly refuse.

In truth, this is great stuff. But we’ll let you listen for yourselves.

Punk with trombone, sax, mellotron, and — Wurlitzer? Yep. The band themselves say that it comes “Recommended if you like eating, sitting on the beach when it’s warm/sitting on trains when it’s cold, trying to lift cars when you have had a few too many beers and speaking in run-on sentences.” We recommend it because it rocks. And because it’s not bourgeois. Like us.

The vinyl/CD recordings also come with a 32-page fanzine, because that’s the way it is.

Download Scrambles here.
Buy Scrambles on CD or vinyl here or from those very non-punk, bourgeois bastards at Amazon.