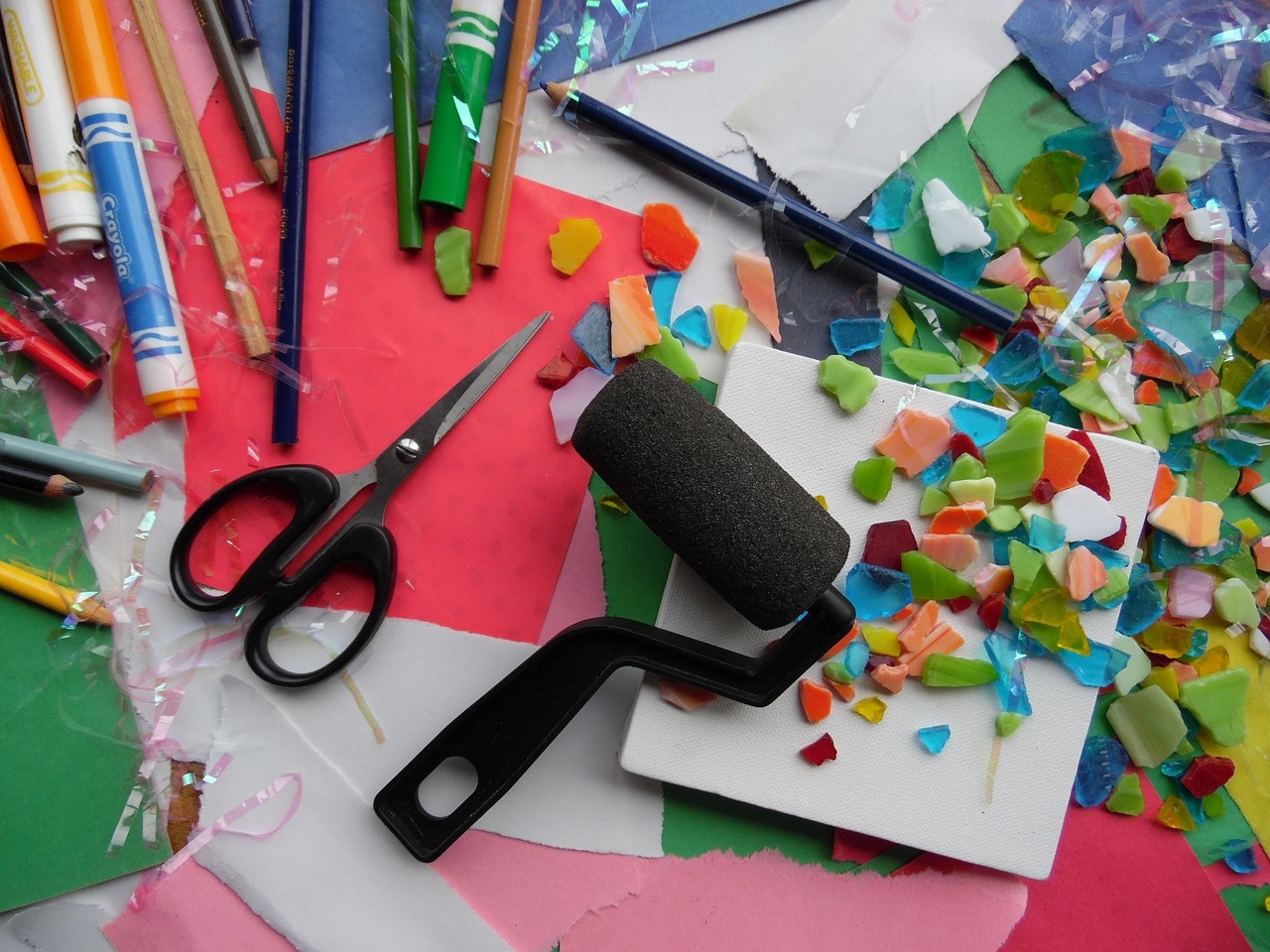 Process or content–where to begin?

After forty years creating workshops, presentations, group events, and classes, process would be the easy way to start. As a neophyte in the arts world, and a near baby in the visual arts world, commenting on that aspect is intimidating. So, let’s start with the challenge first and then ease into my comfort zone.

As a Board member of Onyx Fine Arts, I stepped into a world way outside my norms. Visual expression awes and intimidates me. It requires instincts and finely tuned senses very foreign to my nature. The Facebook invitation from gallerist/writer/artist/friend Sharon Arnold to a panel discussion on the future of Seattle’s visual arts spaces (gulp) at Greg Kucera’s gallery (gulp) pulled on all my insecurities. I know few people in Seattle’s vast visual arts world, so don’t have the common sense to be intimidated by most, and less sense about to whom I’m expected to pay homage, so this adventure would be fraught with Mission Impossible III level danger. What if I embarrass Onyx? However, most of the visual artists on Onyx’s Board were attending a wedding that day and I had an open calendar, so off I went. There was much I hoped to learn, especially since Gallery ONYX is looking for a new home. Some of my questions were:

What I actually experienced was disheartening. For nearly the first full hour, curator-extraordinaire and moderator Beth Sellars read the bios of the panelists aloud. The seven-person panel was narrow in scope. Three who represented galleries: S. Surface (The Alice), Julia Greenway (Interstitial), and Dawna Holloway (studio e), are all located in the same neighborhood of Georgetown. They didn’t say why.

They were never asked.

Each spoke about what makes their gallery special, but never said special to whom. Greenway confessed that most of the work at the non-profit Interstitial is installation-based and either not for sale or not easily portable. While installations are certainly an important aspect of visual art, how is her experience relevant to the 200+ artists and art collectors in the room? How do artists get paid? How does she promote their work? She must have answers. She never said. She was never asked.

Robert Yoder (Season) and Tariqa Waters (Martyr Sauce) have in-home galleries, his in Ravenna and hers in Pioneer Square, available by appointment only. How do they select artists? Who is their market and how do they reach out to serve it? They never said. They weren’t asked. Only Waters–“I always make sure the artist gets paid”–directly addressed the question of artists’ compensation, but, again, no one asked for clarification or more information. Yoder proposed one step forward: artists, gallery owners, and arts writers needed to go to more visual art events, and they needed to step outside their norms to do it. As a board member of an organization that’s been ignored for most of the past twelve years, I thought, “Amen,” but what was Yoder’s reasoning? Did everyone in the audience know what he meant? He never said. He was never asked.

James Harris (James Harris Gallery) repeatedly called for artists to spend more time educating the public. A member of the audience, who apparently teaches art history and other related courses, seemed to think that she had sole responsibility for teaching the public and overruled him. Did the audience know who needed to be educated, or what type of education Harris intended? He never said. He was never asked.

Then there was Brendan Kiley, former arts writer for The Stranger, now of The Seattle Times. Because, like me, his stock-in-trade is language, I desperately wanted him to be the one who would do the journalistic thing and force the questions that weren’t being asked. Instead, he threw out one-liners about his employers and his own writing.

My ending impression: the sky is falling and a few people have holey umbrellas they’re hoping will sustain them. Everyone else is on their own.

There is much to say about how the structure of this event, the process, contributed toward its disjointedness. I’ll get to that later. First, some overarching observations.

Whether it’s visual arts, theater, literature, or dance, the sustainability of artists and their related spaces is an outcome. Please re-read that sentence. Again…out loud this time.

Art space is the stem that supports the flower. If there has been no fertilizer, no tilling of the soil, no watering, perhaps no staking, the stem will not hold the flower. What then, are those elements required within the arts to ensure a strong stem? They are, not surprisingly, the same ones that sustain any endeavor:

As a writer, I learned long ago that not everything I write for myself is intended to be shared with the public. Once I do move something into the public space, however, it is a conversation where other people are welcome, in fact invited, to have their own relationship with it. It’s why I never explain my poems during a reading. I wrote the poem for myself, in my own creative emotional state. I know what it means to me. I share it so others can derive their own experience with it. The same is true of all art. We create for ourselves, but once we put it out into the world, we are asking others to put themselves into relationship with it. It’s the continuation of that experience they pay for when they buy a painting or sculpture, attend a play, or go to a concert. It is fundamental.

Germane to my reflection on this event, there seemed to be: no understanding that everything offered to the public is a conversation; no discussion of how to create or maintain relationships; and no acknowledgment of how times have changed and demand new forms of relationship.

If a gallery’s infrastructure relies on connections with only one particular generation or type of collector, what happens when the fortunes of that generation or collector change? If an artist creates exquisite Victorian furniture in a suddenly Danish-modern boomtown, can they be surprised when their work doesn’t sell? While their chairs might be the epitome of form and function, they are no longer conversing among those who speak their artistic language. Can a generation of thirty-somethings, raised in a world immersed in hip-hop, iPhones, and graffiti, be expected to buy original art that reflects 1850s tastes?

This, I think, was what James Harris was trying to address. And the response from the audience member showed just how out-of-touch and insular artists can be. The arts educator misunderstood both the problem and Harris’ proposed solution. Her definition of education was what happens in a classroom. His was what happens between a seller and a potential buyer as they seek common ground. The idea that every potential art buyer must go through an art history class is ridiculous. It’s that level of snobbish absurdity that keeps out potential buyers. If you require that people who buy your art must understand art history, you automatically limit your market. Harris was proposing that artists need to show their potential clients how their art is relevant to the client’s life. We ask that of car salespeople, so why would we ask less when purchasing something as important as art? Especially when we’re sometimes asking the client to spend as much.

So if art is a conversation, do the residents of Fremont, Greenwood, Rainier Beach, West Seattle, Ballard, or Belltown have nothing to say? That would certainly be my impression from the make-up of the panel. The first audience question, asked of Julia Greenway, was, “Why are you on this panel?” It was a breathtaking moment, really. One of the few that were deliciously relevant. Greenway and Interstitial clearly have an interesting model: a non-profit focused on installation art. But since the art is neither for sale nor very portable, how is that different from work offered by SAM or the Frye or Henry? What is so unique, and sustainable, that it earned time on this panel? Why were three of the represented galleries from Georgetown? The truth: because Surface, Greenway, Holloway, and event organizer Sharon Arnold have managed to pool their friendships and resources to collectively make Georgetown an arts destination. They have leveraged personal and professional relationships to draw large crowds of 30- and 40-somethings into gallery spaces. They have fiercely used music, literature, and theater to ignite art in the sleeping souls of their own cohort. They have been original.

Still, they languish. Each confessed to having another source of income to keep their art space going. That story would have been worth hearing in its fullness. But there was no way, given the time constraints dictated by the size of the panel.

There are certain principles to creating a successful panel discussion:

Seattle is a clubby little town in many ways. There are cliques everywhere: some intentional, others accidental. Mother Nature isn’t clubby. She likes to mix her begonias with day lilies. It looks cool. More importantly, it’s an efficient use of resources. Too much of any one thing in the field chokes the earth and soon the ground goes barren (e.g.: potato famine, dust bowl, diminishing art spaces).

I invite my friends in all of the arts disciplines to start asking, “Are there too many of ‘us’ in the room?” Think of all the skill sets and expertise you’re missing out on when you rely only on other artists for answers. They often have the same deficiencies of experience and knowledge you do. But there are many, outside your circle, who could help. For example, there are people with serious sales experience in our town. Why not engage them? There are folks who know how to do a data analysis of your potential markets and who could help you reach the Victorian lovers hiding among the Danish-modern.

Mother Nature has never asked anything to go it alone. It’s all about finding ways to be mutually beneficial. Instead of raising money for an organization that already has a boatload, why not pool your resources and reach out to Veronica Smith (data2insight) or Chris Mefford (Community Attributes) to provide deep insight on our region’s arts market and potential client pools? Instead of inviting people without answers to listen to more people without answers, why not partner with Shunpike, the Office of Arts & Culture, and others that actually have relationships and resources outside the art world to learn what options are possible? Perhaps our friend-of-the-arts/nemesis Mr. Allen would shake a few gold coins out of his piggy bank to help. Since our best friend Randy Engstrom has made such a great case for the importance of the arts in our region’s economy, maybe a chat with the local Chambers of Commerce might be in order. Maybe they could arrange a dialogue with key area developers to explore more formal partnerships with local artists.

To say it simply, look up: you are not all there is in the world, and some of the rest of us want you to succeed. Just ask.