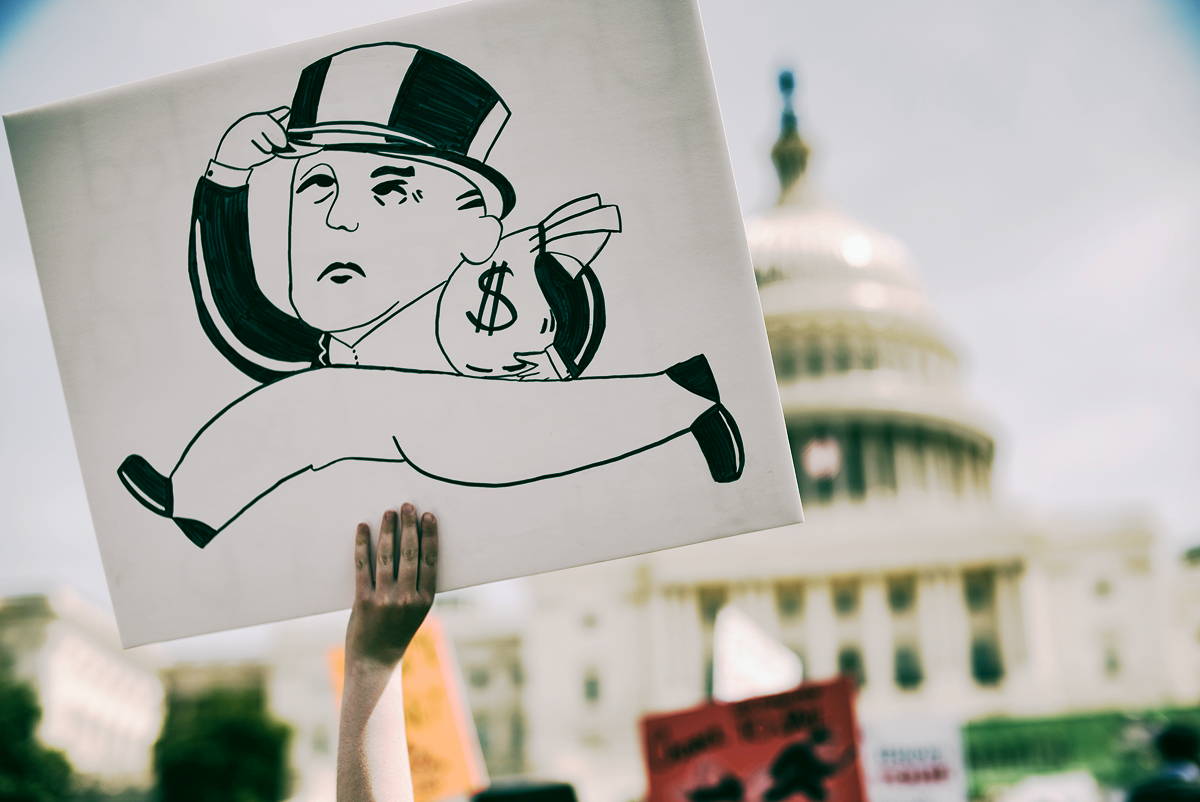 In the years since the 2008 economic crisis, financial transactions taxes (FTTs) have gone from a fringe idea to a policy that is in mainstream policy debates. They are seen as a way to raise large amounts of money and to slow the pace of churning in financial markets. For this reason, most progressive Democrats and even the Clinton campaign have come out in support, and provided a hat-tip to some form of taxation on high frequency trading.

This is a welcome change from where things stood before the crisis, when the only people supporting FTTs were the far left of the party. As a long-time proponent of an FTT, I welcome this change, but even many of the proponents of FTTs don’t realize the full benefits of such a tax.

To get some bearing, it is first worth recognizing how much money is potentially at stake. The Joint Tax Committee projected that a modest tax of 0.03 percent on all trades of stocks, bonds, and derivative instruments, along the lines of a proposal by Representative Peter DeFazio, would raise more than $400 billion over the course of a decade. This is roughly equal to 0.2 percent of gross domestic product (GDP.) This would be enough money to cover 60 percent of the cost of the food stamp program.

There have been proposals for larger FTTs. The Tax Policy Center of the Urban Institute and the Brookings Institution analyzed an FTT with a varying rate structure on stocks, bonds, and derivative instruments. They calculated that the maximum revenue would be achieved with a rate on stocks of 0.34 percent, with lower tax rates on other financial instruments. This tax would raise more than  $800 billion, or 0.4 percent of GDP, over the course of a decade.

Bernie Sanders and Keith Ellison have sponsored bills for a 0.5 percent scaled tax on stocks and other financial instruments. The Congressional Progressive Caucus in its “Better Off Budget” has adopted this tax. Their own estimates put the take from the tax considerably higher than the Tax Policy Center numbers.

Despite the range between these estimates, it is clear there is potentially a large amount of money at stake with an FTT. If we think that the government will want to tax away more money to fund infrastructure, healthcare, and other areas of public spending, FTTs seem like promising way to go. In addition, the idea of reducing some of the short-term trading in financial markets is attractive. The evidence on whether reductions in trading volume can reduce the likelihood of bubbles and crashes is not conclusive, but it seems worth a shot.

However, there is another important aspect of an FTT that has gotten much less attention. The burden of an FTT is borne pretty much in full by the financial sector. The basic story is that trading volume can be expected to decline roughly in proportion to the percentage increase in trading costs. This means if a tax increases the cost of trading by 40 percent, then can expect trading volume to decline by roughly 40 percent.

This is a very important point. In the case of most items we buy, say food or housing, we value the item itself, so if we had less food or housing because a tax raised the price, we would feel some loss. That is not the case with trading financial assets. At the end of the day, we don’t care how much we traded, we care what happened to the value of our assets after trading. (Let’s ignore the possibility that some people see trading like gambling and enjoy the process itself.) If we trade less because of a tax, it doesn’t matter to the average consumer, unless it reduces the value of our assets.

In the case where trading volume falls in proportion to the increase in the cost per trade, there would be little change in the total amount spent on trading. If we pay 40 percent more on each trade, but carry through 40 percent fewer trades, the total amount spent on trading would not rise. (Total trading costs actually fall somewhat in this example, but we can ignore that point.)

The issue then is whether portfolios will be smaller as a result of fewer trades. That seems unlikely. Trading is mostly a zero sum game. If you end up selling your stock at a high price, then some sucker paid too much for it and will incur a loss. On average, there is a loser for every winner, meaning that the trading costs are simply a waste.

There is a story that trading makes the market more efficient, better allocating capital to its best uses. There clearly is something to this story: if there was no market to sell Apple stock, no one would ever buy its shares in the first place. This would mean that Apple and other companies would not be able to use the stock market to raise capital.

However, we almost certainly reached the point where the markets were deep enough to efficiently allocate capital long ago. Trading volumes have more than doubled in the last two decades and are an order of magnitude larger than they were in the seventies. Someone would be hard pressed to argue that capital was better allocated in the housing bubble years, compared to fifteen or twenty years earlier when volume might have been less than half of its current level.

However, the really great benefit from these savings is they will come out of the pockets of many of the richest people in the country: Wall Street traders and hedge fund partners. An FTT will radically reduce the income of a group of people who stand at the very top of the income ladder. By reducing the opportunities to get rich through trading, we will force many of these high flyers to look for jobs in designing software, biotech, or other areas in which their skills may still command a premium, even if they don’t provide the millions they could expect on Wall Street.

And, the increased flow of people into these other high-paying professions will put downward pressure on the pay there as well. In effect, we will be reducing the number of very high paying positions in the economy, meaning that these positions will on average pay less as a result. We can think of an FTT as the equivalent of income-leveling robots for the very high paid crew.

This is a great example of a clearly defined policy that will directly reverse some of the upward redistribution of income over the last four decades. Of course, FTTs still face an enormous uphill battle before they could be implemented. As with other policies that would reverse the upward redistribution, the problem is not the difficulty of designing the policy, the problem is the power of the rich people who don’t want a fairer and more efficient economy.

Originally written for The Hill