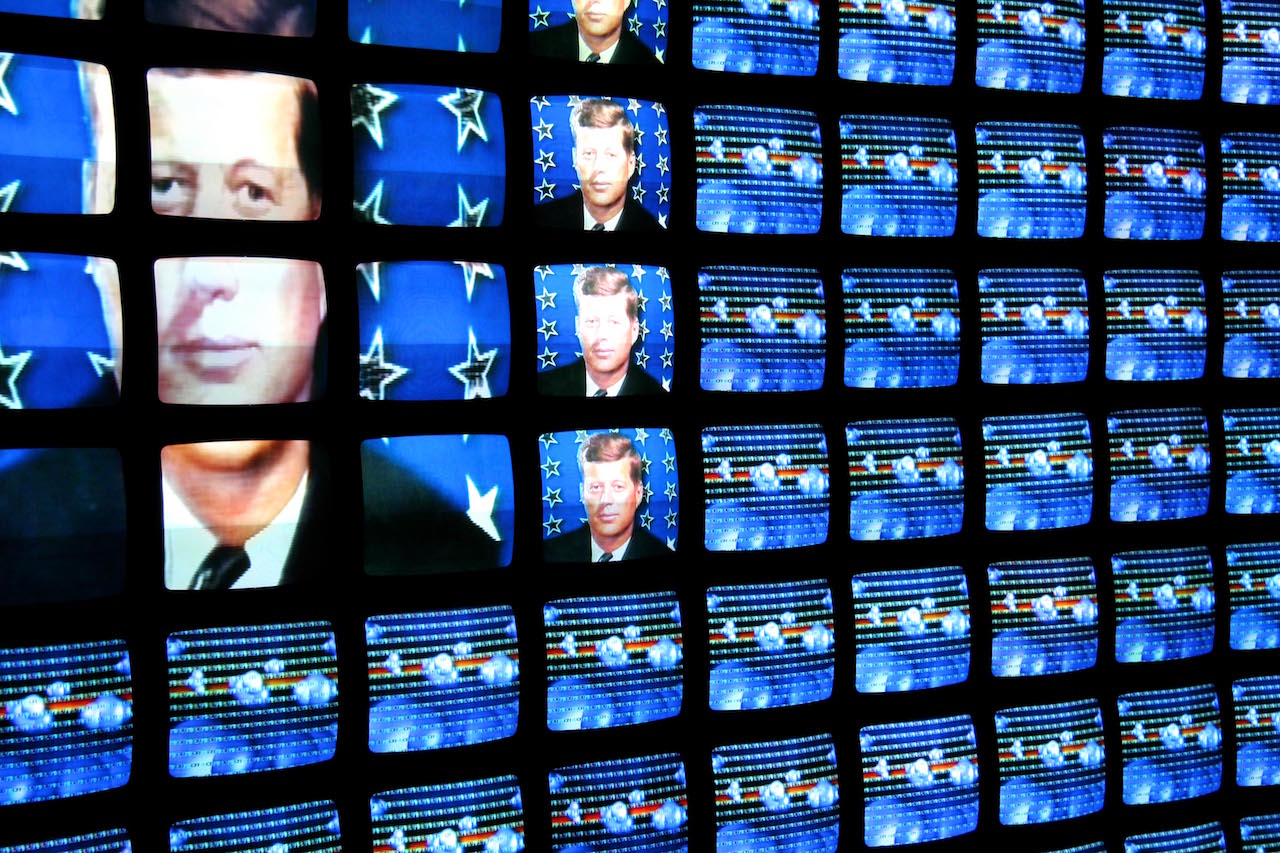 In the intro to this dialogue between Paul Kurtz and Vince Salandria – poignantly intercut with JFK’s own words on his goals and hopes for salvaging the human race from the prospects of nuclear suicide-homicide – Kurtz refers to Salandria as “razor-sharp.”

Engrossed for some 20 minutes, I concluded the same…and much more.

Octogenarian Salandria is one of the best people I’ve been privileged to get to know in the past couple of years. He was the first serious critic of the Warren Commission’s egregious “conclusions” – riddled with fallacies and assumptions! – about the JFK assassination. (“Magic Bullet” anyone? I’d laugh…but it hurts!)

With over half a century of lies about the Kennedy assassination(s), the Cold War, the War in Vietnam, Saddam’s “Weapons of Mass Destruction,” 9/11, etc, our problems in contemporary America are not about “fake news,” so much as they have been about “fake history.” Most Americans have the fuzziest ideas about our history–clouded by myths about our “pilgrim fathers,” “settling” the West, “the Good War” (WWII), etc. Our sanctimonious “media,” our “pundits” in academia, our public “experts” have swept the hardcore dirt and evidence under the rug until lying has become habitual.

Not only is Salandria “razor-sharp” in his analysis here, but, in the best sense, “humanitarian” in his half-century-plus motivations and his outlook: a “truth-seeker” and “truth-teller”–not merely trying to vindicate and confirm his own steadfast viewpoints, but to point our struggling, bewildered (and often bereft) humanity towards a greater vision of what has been lost and what may still be achieved through acknowledgments, hard work, and wisdom….

In this thoughtful and penetrating broadcast, CBS journalist/reporter Paul Kurtz must share the kudos. Kurtz listens carefully, prompts and guides unobtrusively in order to deliver the goods clearly, persuasively and cohesively.

Deep thanks here to Salandria for fifty-plus years in the service of truth and justice and to Paul Kurtz for helping us to understand what has been lost, and what we may still strive to recover!

Gary Corseri has published and posted articles, fiction and poems at hundreds of venues, including The Seattle Star, Counterpunch, The New York Times, Village Voice, Redbook Magazine, The Palestine Chronicle, and Georgia Review. He has published 2 novels and 2 collections of poetry, a literary anthology (edited), and his dramas have been produced on PBS-Atlanta and elsewhere. He has performed his poems at the Carter Presidential Library and Museum, and he has taught in universities in the US and Japan, and in US public schools and prisons. Contact: Gary_Corseri@comcast.net.