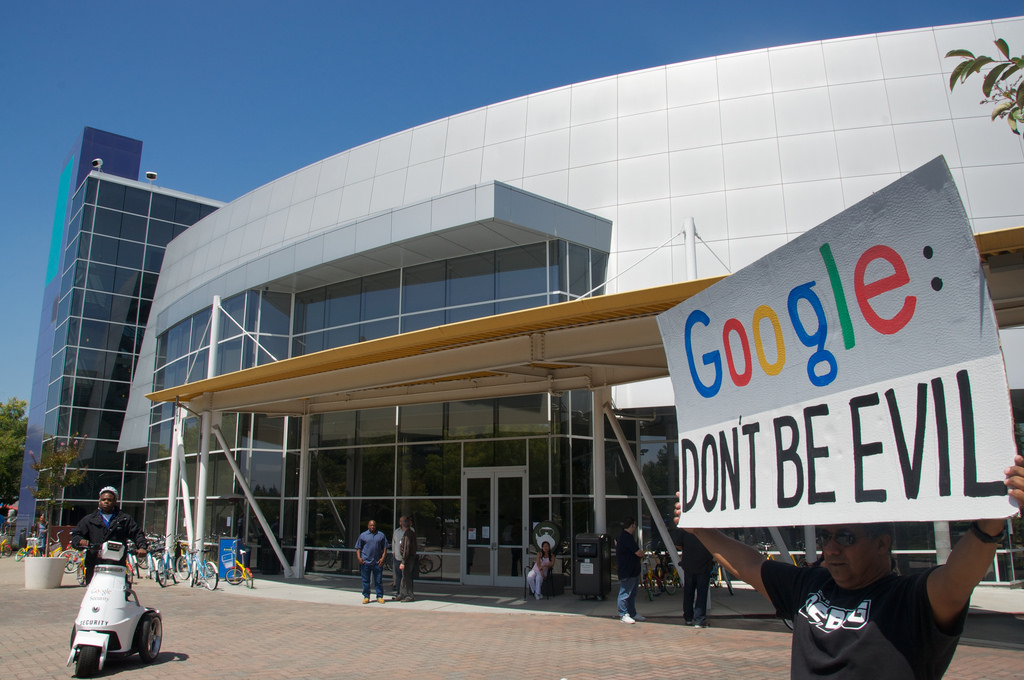 In another milestone in the growing integration between the military-intelligence complex and Silicon Valley, Google’s parent company Alphabet has confirmed that it has provided software to identify targets used in the illegal US government drone murder program.

Since initiating its drone assassination program in 2009, the United States claims to have killed close to 3,000 “combatants” in drone strikes. Internal military documents show that for every one person targeted by a drone strike, nine bystanders are killed, meaning that the true toll of the US military’s airborne terrorism campaign in Yemen, Somalia, Afghanistan, Pakistan and Iraq potentially rises to the tens of thousands.

According to the American Civil Liberties Union, “A program of targeted killing far from any battlefield, without charge or trial, violates the constitutional guarantee of due process. It also violates international law, under which lethal force may be used outside armed conflict zones only as a last resort.”

Google’s complicity with the drone murder program implicates the company in the criminal activities of the US military, sparking outrage among employees after executives admitted the collaboration in an internal memo last week, according to a report by Gizmodo.

Sensitive to both the potential legal ramifications of its actions and to the hostility to America’s criminal wars both inside and outside the company, Google stressed in a statement that its collaboration “is for non-offensive uses only,” saying “the technology flags images for human review.”

But this absurd and unserious pretense, aimed to provide talking points to an uncritical, state-controlled media, is the equivalent of a Mafia getaway driver claiming he is not an accomplice to murder because he did not pull the trigger.

The US government has claimed the right to use drones to assassinate American citizens anywhere in the world, including within the borders of the United States. In 2011, the Obama administration assassinated Anwar al-Awlaki, a US citizen, with a Predator drone strike in Yemen, then murdered his 16-year-old son, Abdulrahman al-Awlaki, in another drone strike two weeks later.

Google’s partnership in such nefarious operations threatens it not only with legal sanction around the world, but also with serious commercial repercussions. The company’s decision to proceed despite these dangers points to the increasingly vital role of military contracts in the business operations of the major technology giants.

The Defense Department spent at least $7.4 billion on artificial intelligence programs last year, and is expected to spend even more this year, with much of that amount flowing to corporations like Alphabet (Google), Amazon, and Nvidia, whose artificial intelligence capacities reportedly outstrip those of in-house Pentagon programs.

Over the past year, Google, Facebook and Twitter have all announced measures to censor the information their services present to users, promoting “authoritative” and “trusted” news outlets over “alternative” viewpoints, which include news outlets that expose and denounce US war crimes. Facebook, which of all the technology companies has been the most unabashed in its determination to censor its platform, has explicitly said it expects user engagement to drop as a result of its demotion of “viral” videos and promotion of “trusted” news sources, such as the New York Times.

As these companies expect some drop-off in consumer demand as they impose increasingly restrictive censorship measures, lucrative defense contracts are a means to pad their bottom line and align their financial interests ever more closely with the war-making and repressive operations of the American state.

The technology giants have moved to impose censorship measures at the same time that the Pentagon has concluded that it has found itself in an “AI arms race,” as the Wall Street Journal put it this month. Facing the rapid economic rise of substantial military powers, such as Russia and China, who are able to develop and implement new technologies without the massive logistical burden of the countless wars, overseas deployments, and destabilization operations engaged in by the United States. US military planners have come to the conclusion that the only way to retain the American military advantage in future conflicts is to integrate Silicon Valley into the warfighting machine.

The Pentagon has devised the so-called “Third offset” strategy to defeat the “pacing threat” from China by focusing on “autonomous learning systems, human-machine collaborative decision-making, assisted human operations, advanced manned-unmanned systems operations,” and “networked autonomous weapons” as the Economist recently put it in the cover story of an issue titled “The next war.”

This strategy revolves around the recruitment of the US private technology sector, which remains the most developed in the world. As the Economist put it, the United States “continues to dominate commercial AI funding and has more firms working in the field than any other country.”

Speaking at a conference last year, Marine Corps Col. Drew Cukor, the head of the so-called “Project Maven” in which Google is a key collaborator, declared the US in the midst of an “AI arms race,” adding, “Many of you will have noted that Eric Schmidt is calling Google an AI company now, not a data company.”

He added, “There is no ‘black box’ that delivers the AI system the government needs… Key elements have to be put together … and the only way to do that is with commercial partners alongside us.”

In order to streamline the reciprocal exchange between the technology giants’ vast computational power, artificial intelligence capabilities, and massive database of sensitive user data and the US military’s virtually limitless budget, the Pentagon has set up a series of partnerships with Silicon Valley. In 2015, the Pentagon set up a private-public funding vehicle known as the Defense Innovation Unit Experimental (DIUx), headquartered just minutes from Google’s main campus in Mountain View, California

In 2016, the Pentagon set up an entity called the Defense Innovation Advisory Board, aiming to “bring the technological innovation and best practice of Silicon Valley to the US Military,” chaired by none other than former Google Chairman Eric Schmidt.

Last fall, Schmidt complained about the reluctance of those working in the technology sector to collaborate with the Pentagon, bemoaning the fact, “There’s a general concern in the tech community of somehow the military-industrial complex using their stuff to kill people incorrectly.”

But beyond leveraging the tech giants’ artificial intelligence capabilities for guiding missiles and selecting victims, the open secret of the Pentagon’s collaboration with Silicon Valley is that, behind the scenes, vast quantities of sensitive, personal user data is likely being funneled to the Pentagon and intelligence agencies for the purposes of surveillance and targeting.

As Lt. Gen. John Shanahan, who is closely involved in Project Maven put it at a conference last year, “On the far end of the scale, you see Google. They don’t tell us what they have, unless anyone from Google wants to whisper in my ear later.”

The integration of companies like Google into what had previously been known as the military-intelligence apparatus is creating a vast system of state repression previously unknown in human history. Preparing for great-power conflict requires, as the Pentagon’s recently-released National Defense Strategy puts it, “the seamless integration of multiple elements of national power—diplomacy, information, economics, finance, intelligence, law enforcement, and military.”

Censorship and surveillance are the linchpin of this emerging military-technology-intelligence nexus. As the United States prepares to wage “hot” wars against “peer” militaries such as Russia and China, the growth of domestic anti-war sentiment will be combated through the use of mass censorship, aided by artificial intelligence, with political profiling on the basis of social media communications.