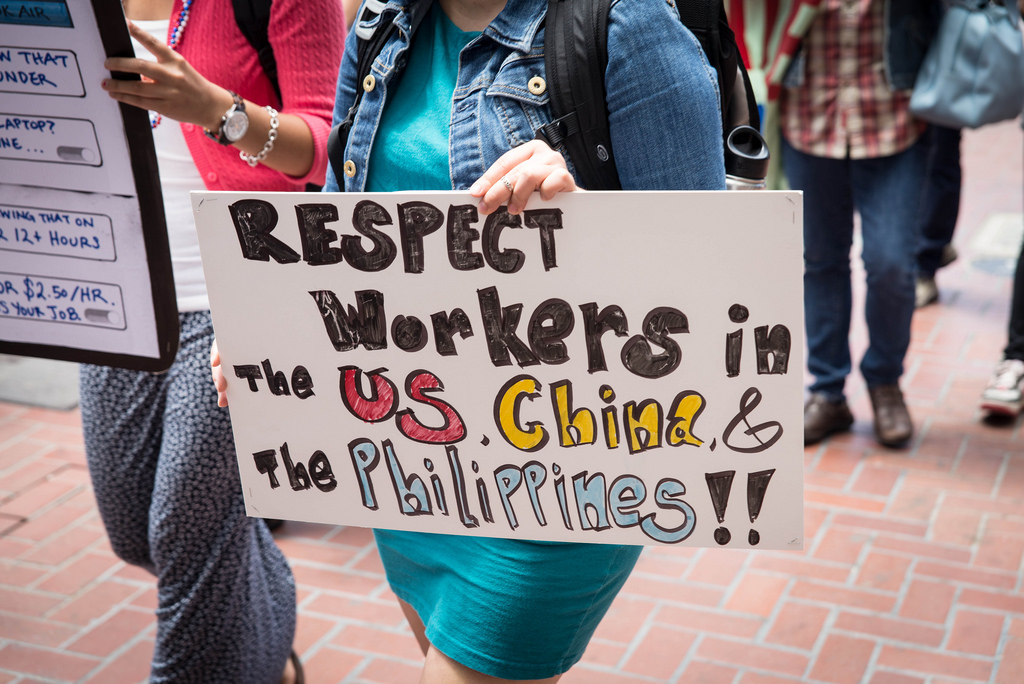 Later this year, the United States Supreme Court will decide a lawsuit filed by Mark Janus, a public employee in the State of Illinois. Janus is arguing that he cannot be forced to pay a representation fee to a public sector union as a condition of employment by the state. If the court rules in favor of Janus, as is widely expected, it will be yet another blow against unions, further weakening workers’ power.

Under current law, the federal government gives states the option of allowing “agency shop” provisions in contracts under which everyone who is covered by a union contract. Twenty-four states, including California and New York, allow such contracts.

These contracts make it easier for unions to organize and to be a strong presence in the workplace since they prevent workers from being able to freeload. Without an agency shop provision, workers would be able to get the pay and benefits negotiated by the union, and even the right to have union representation in disputes with management, without having to pay a penny for those union supports.

While most workers support their union and will pay representation fees without being required by a contract, recent experience indicates that between 20 to 30 percent of workers will take the freeloading option. This hugely weakens the union if they lose 20 to 30 percent of their revenue. It is likely to make them a less effective agent for members and will almost certainly result in fewer unions in the public sector.

This is clearly the goal of the groups supporting Janus. He is having his suit funded by right-wing groups that have been attacking unions for decades. The ostensible basis for the suit is that Janus somehow has his right to work compromised if he has to pay representation fees as a condition for holding a public sector job. The argument is that the government can’t force him to support an organization (the union) that he may not like. (It is important to note that he is not forced to join the union, only pay for his representation.)

The idea that there is some workers’ right at issue is ridiculous on its face. Workers can be required to wear uniforms that they may not like. The government may buy health insurance for workers from a company that some workers consider corrupt. Or, it may invest their retirement money with financial companies that engage in what workers view as bad practices.

No one questions the right for the government to make these decisions for workers and what is done with a portion of their compensation. If workers are sufficiently bothered, their option is to look for another job. The plaintiff in Janus is effectively arguing that allowing workers to impose a condition on their coworkers somehow violates their rights in ways that the government, contracting on their behalf, does not.

There is no logic in this position. It is purely an effort to weaken the power of workers. In recent years the right has turned their focus on public sector workers, primarily because they have already been so successful in weakening unions in the private sector.

In the 1970s, unionization rates in the private sector were over 20 percent. They are now under 7.0 percent. Meanwhile the unionization rate in the public sector has changed little, remaining close to 37.0 percent for most of this period, until the recent attack started pushing it down in the last five or six years.

It is understandable why the right would be targeting unions. Not only are they an important source of funding and a source of campaign workers for Democratic candidates, but they have also been behind efforts to push progressive measures at the state and local level.

With the right effectively blocking most progressive movement at the federal level since the early days of the Obama administration, many state and local governments have moved forward with measures like higher minimum wages, paid family leave and sick days, and even state-managed retirement systems for private sector workers.

In every case where such measures have advanced, unions have played a central role. In some cases, this has meant lobbying legislators to support these measures. In others, proponents were able to pass these measures into law with ballot initiatives in which funding and campaign work by unions were essential.

The right recognizes the importance of unions to progressive change and for this reason wants to do everything it can to weaken them. Unfortunately, many people who consider themselves progressives have not been as understanding of the role that unions have played in promoting change. As a result, they have not always been supportive of measures to facilitate unionization and sometimes push policies, like charter schools, which are a direct attack on public sector unions.

It may be too late to prevent an anti-union ruling in the Janus case, but finding ways to rebuild the labor movement is not just a problem for labor unions. It is a problem for anyone interested in progressive change in the United States. It will be necessary to be as innovative in finding ways to support unions as the right has been in its efforts to destroy them.