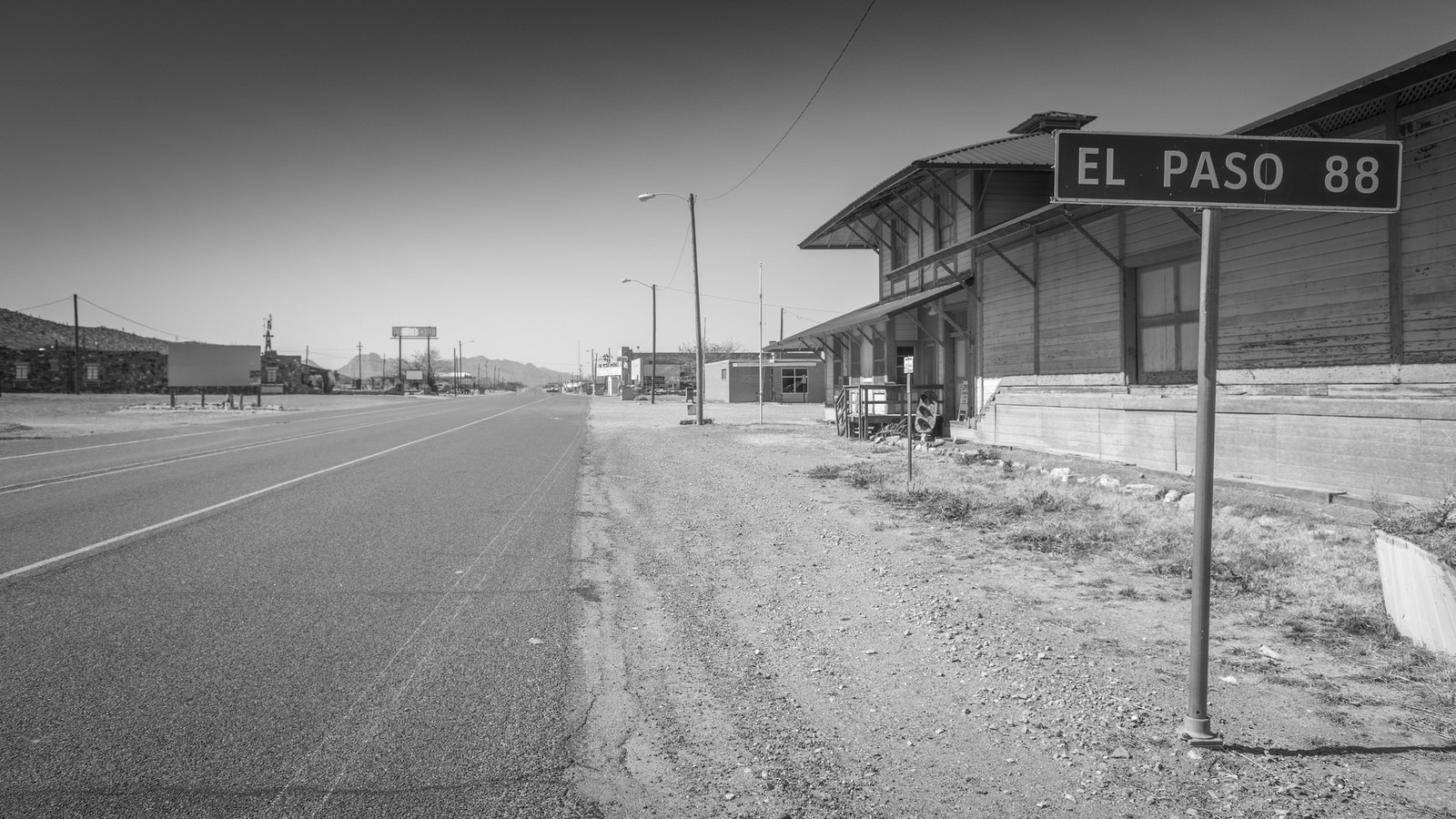 The older pictures were born
faded, slightly desaturated, burnt by the desert
sunlight. Years later, they keep fading
away, the erosion of film, but you still notice
the colors: The red of the van, the overexposed beige
of the desert, the chlorine blue
of the sky and then the protesters in pastel
colors, their faces hidden by hats, their eyes behind
sunglasses. They wave American and Mexican
flags, their colors clash
in cardboard signs with languages from two countries,
the dried Bravo, a trembling Tower of Babel holding on
to the earth as protesters call out: ENERGIA NUCLEAR
NI CIVIL NI MILITAR. ALTO A SIERRA BLANCA, ALTO
AL TIRADERO NUCLEAR. Among the crowd: A tan man
of graying hair, with his eyes protected from the sunlight
by sunglasses and his wife, as she waves her arms
and throws her fists against the desert winds
to the chants against the nuclear wasteland.
Thirteen years later, you look at El Diario,
the photographs are desaturated, the consequence of digital.
The photographer will choose the colors later. For now,
gray is only color the sky gives
this time to the tan man as he stretches out his arms,
held by friends as he screams
to God as if readying for a crucifixion,

dark like the caskets of his kidnapped son and daughter.
You think of other parents, how the last time they saw
their children before they died, they waved
goodbye as they went out the door, or they argued
over their girlfriends or boyfriends, over their report cards, or
how they saw them die in hospital beds,
holding them. But now he clings to the caskets,
his nails digging into their wood as he knows they died
fearful with their mouths gagged
by tape, their eyes covered, bleeding
from their chests and their faces ground
by bullets. His wife is at home, screaming
as she looks at the clock, guessing the momentum
of the funeral. These pictures were taken in a winter that left
the streets of Juárez and El Paso empty,
when you felt your sweat freeze
under your armpits as you couldn’t get water
for a shower. So now the man and his friends wear brown,
black, blue and gray. The signs they’re making
for the protest show the faces
of smiling children, long before
their vanishing, long before
they were ghosts.