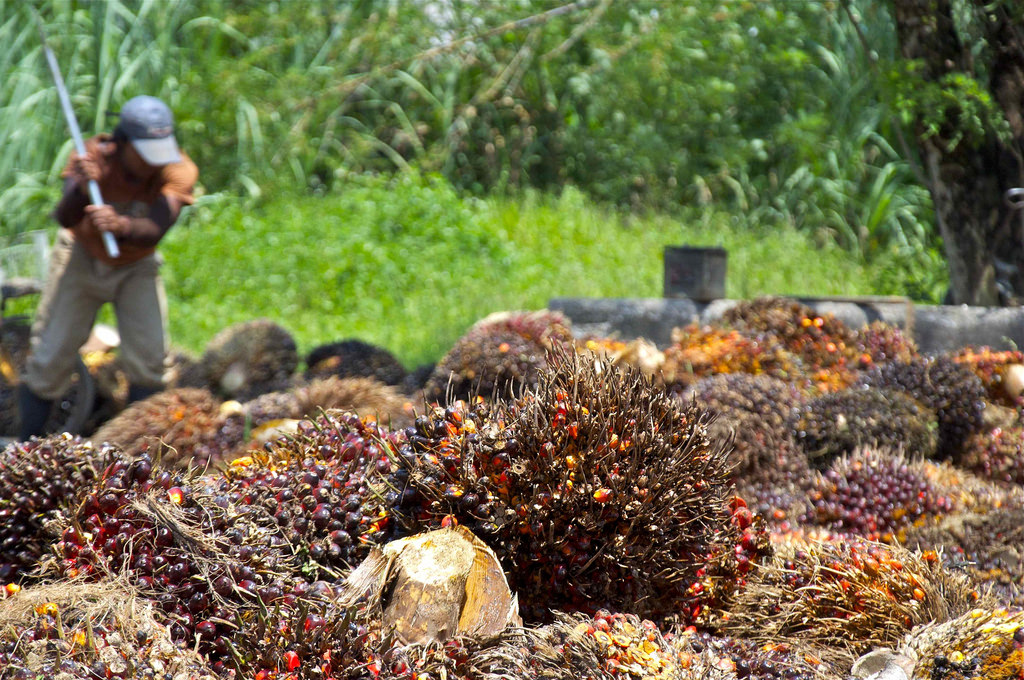 One of the main sources of development in many African countries might actually be its greatest limitation.

Industrial Agriculture creates jobs and promotes economic development, which many countries on the African continent desperately need. Unfortunately, it has a dark side that includes the social injustices experienced by some local and indigenous communities whose land is unlawfully expropriated with poor compensation, or none at all.

Cameroon is in urgent need of economic growth and job creation. With its population estimated to be close to 22.4 million, according to the World bank, the poverty headcount ratio is $1.90 a day.

The government has plans to become an emerging economy by 2035 and it said it wants to develop agro-industrial plantations to promote job creation, economic growth, and development.

Investments in infrastructure, technology and farm inputs, it says, will modernize and increase productivity of the rural sector in order to meet the food needs of the growing population and develop agro-business.

More land will be allocated to agro investors, thereby increasing the possibility of conflicts between multinational agro investment companies and impoverished local communities. Large scale land allocation for agriculture tends to do more harm than good to most of these communities.

This is already happening. In the South West and Southern Regions of Cameroon for example, indigenous and local communities have been expropriated from their land by industrial companies like SG Sustainable Oils (SGSOC) -a palm oil Plantation Company and Sud Cameroon Hévéa (SUDCAM), a subsidiary of Singapore based Halcyon Agri.

Both companies are responsible for devastating forest clearance in the country, resulting in dispossession of community lands and other impacts on human rights..

Companies usually enter land, demarcate it, and proceed to bulldozing everything without communities’ participation or consent.

“What I was earning from my cacao farm yearly  allowed me to pay my children’s school fees” a local farmer said to Greenpeace Africa. His land was bulldozed “but now with no land and no plantation I am not able to send my children to school.”

The forest, which is sacred to local communities like the Bantu and Baka, is also often destroyed by agro-industrialists.

Their chairs, bed, cooking utensils such as chopping board and mortar, as well as tools used for hunting and gathering, are all made entirely of forest plants. Forest flora also play a role in their traditional and medicinal practices.

In some villages in the South Region of Cameroon, cultural heritage and sacred sites are destroyed by company bulldozers and people are displaced with no relocation or appropriate compensation plans in order to develop palm oil plantations.

“One day we saw red marks on trees with the name SGSOC, very close to the village.” said John Nya Eyabi, a local resident, “If they take this forest, where will I stay with my family?” he continued.

The situation is not different in the South region where Baka communities also face similar persecution from oil companies. A father of five children explained how SudCam expropriated them from their land. “We were removed from the forest, without being relocated, our camp was destroyed by the company…” he said.

“If they take this forest, where will I stay with my family?”

The appropriate government forestry officials are yet to support these communities in their dire situation. To make matters worse, there are no forest management plans and in the few places where they do exist, they are not properly implemented.

The level of corruption that is believed to be  involved in the land acquisition processes is also not helping local communities, who don’t have large sums for bribes to properly defend their land.

Locals try to fight back

Local communities affected by a large-scale palm oil plantation are fighting back and calling on the government of Cameroon to intervene to ensure their land is returned.

Last autumn, Greenpeace Africa assessed the company’s social investments after six years of contested presence and found a cemetery of broken promises, disillusionment and growing rejection. And despite that, a grant was renewed for another 3 years.

Lack of transparency and accountability in the procedures that govern land allocation to agricultural companies is the real problem in land governance in Cameroon.

Land grab cases like the SGSOC example , are almost always characterized by low levels of transparency, with the negotiation process between company, government and local leaders often taking place behind closed doors, lacking effective consultation with those affected and with little or no information provided on the contracts or leases signed.

While access to information in pubic domain is key to allow holding people  involved in the deals accountable, the companies involved hand in hand with the government must consult with the indigenous communities involved as they are the first affected – because communities should always come first

What will the government do?

The government of Cameroon has shown interest in resolving the issue by launching a land use planning process in 2013. But there is an urgent need to complete this process and to ensure that it ends with regulations that protect the interest of all stakeholders.

The government should also institute a moratorium on large-scale land acquisition  which enables the government to adopt and begin implementing a palm oil strategy to avoid chaotic allocations which leads to forest destruction and trampling upon the rights of local and indigenous rights on land acquisition.

A participative land use planning and reform process including effective safeguards to protect local and indigenous communities as well as the promotion of social and environmental justice in the allocation of commercial agriculture farmland are also key.

This will contribute to a peaceful co-existence between agribusinesses and local communities and will also promote sustainable forest management practices. And it could serve as an example to other countries across the continent.

Words in the Bucket