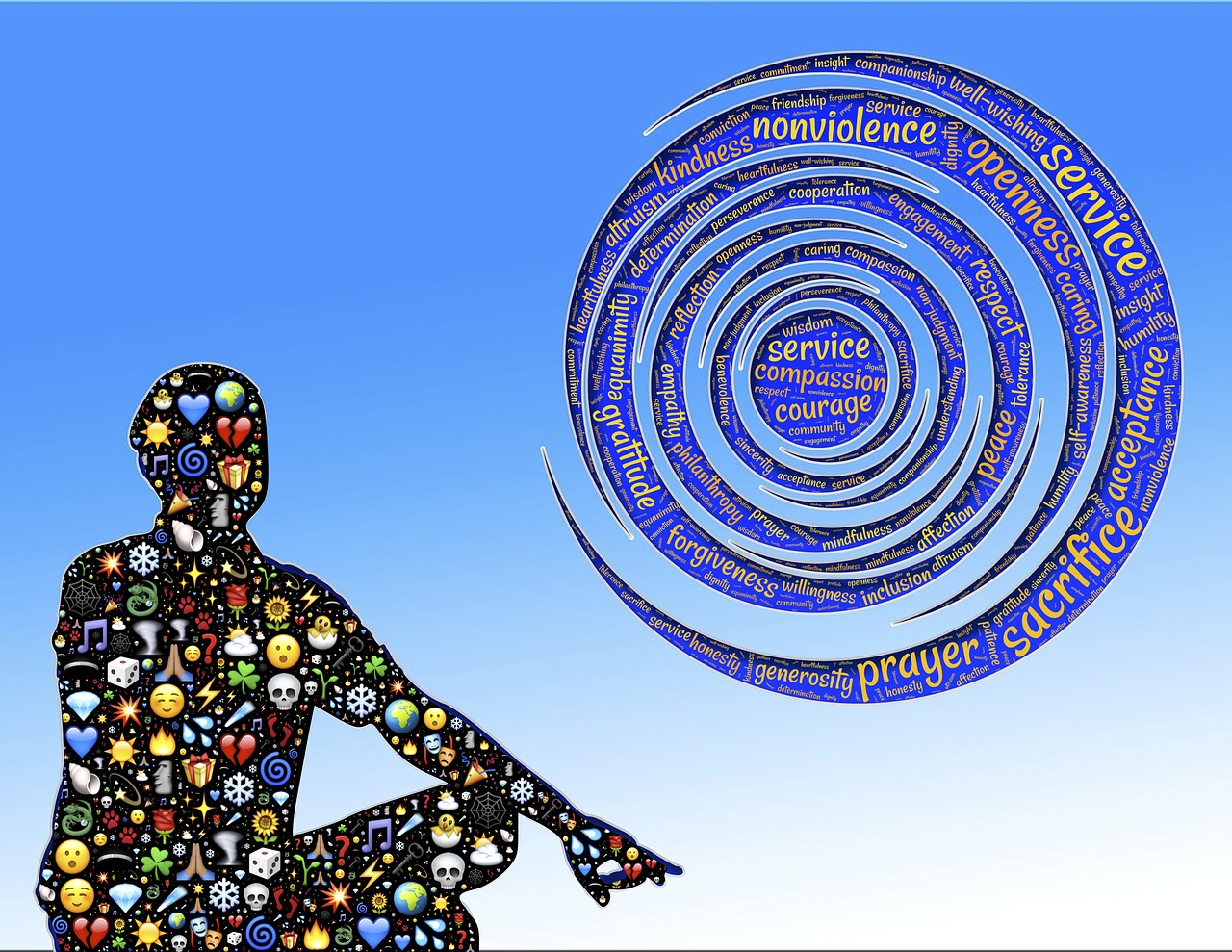 Since Zoroaster humanity has been struggling with the good vs evil dichotomy. What is “natural”, what is learnt, what belongs to the individual, what to society, what to the gods…

Confronted with the realities of a cruel dehumanising system the “noble savage” (apparently mis-attributed to Rousseau but already present in ancient times, such as the figure of Enkidu in the second millennium BC Mesopotamian Gilgamesh Epic) is classed as a myth, and rightly so, together with all other determinisms and claims of a fixed human nature, whether kind or violent. Silo brings the concept of intentionality developed by previous phenomenologists to explain simply that we have a choice. How free? Increasingly so if we pay attention to the factors that participate in such choices. One of his interesting descriptions of the function of the psychism is the way we can represent other people’s suffering in our own consciousness (in our Space of Representation) in such a way that we can feel something similar to the other person’s experience. Here is the centre of the mechanism of empathy, the basis of compassion and ultimately the possibility of nonviolence both at an individual and social levels.

Science has been catching up with this descriptive psychology. We know now about mirror neurones in the brain and other structures that explain these mechanisms.

A new piece of research just published by the Netherlands Institute for Neuroscience (1) “suggests that our tactile cortices, primarily evolved to perceive touch and pain on our body, have an important social function. They contribute to prosocial decision-making by helping to transform the sight of bodily harm into an accurate feeling for how much pain the victim experiences. This feeling is necessary to adapt our helping to the needs of others.”

“Helping other people in need is a foundation of our society. It is intuitive to believe that we help others because we empathically share their pain. Neuroscience shows that when we see somebody in pain our brain activates tactile and emotional regions as if we ourselves were in pain. A study from Selene Gallo (Netherlands Institute for Neuroscience, KNAW) investigated whether altering activity in these tactile brain regions while witnessing the pain of others would alter people’s willingness to help. The results, published on 08 May 2018 in eLife, are of great importance to understand our social human nature and to find treatments for pathologies, like psychopath individuals….”

“Providing a link between empathy for pain and prosocial behavior at the neural level is crucial to understand our social human nature and target pharmacological approaches to treat pathologies in which these mechanisms dysfunction, for example in psychopath individual or in children with callous unemotional traits.”

So, we know now that clearly the “equipment” for empathy is part of the human make up, and the article also mentions the word “psychopathy”, that is, when the equipment fails, when the person is incapable of identifying with the other, to feel their pain and experience compassion. There are of course well known situations when this happens, brought about by pathological processes in the brain (infections, brain damage, developmental issues) and in the psychosocial upbringing of individuals subjected to different forms of abuse. But such abnormalities (sometimes modifiable, often less so) are a very small proportion of the level of “psychopathy” observable in society.

I prefer to call it “cruelty”, rather than using a clinical term, because what we are witnessing are social trends, intentional, individualistic, violent, ultimately self-destructive. Cruelty is a form of induced and learnt psychopathy. It is about blocking the feeling of empathy through training, and it is “official policy” for soldiers and other members of society given the task of maintaining the social order through violent means. But is is also part of the “training” in becoming the CEO of big and ruthless corporations, “strong” leaders of political parties capable of sending the young to their deaths on spurious motives, all the way down to the competitive bosses, the harassed professionals, the unbending traffic wardens. Nobody wants to be cruel, but it becomes part of the job description.

The wonderful news is that we can detect and neutralise these negative social trends because we know we have the “equipment” and we can share the drive towards nonviolence intentionally. We can build an inner centre, an Internal Guide, that leads us into the path of Kindness, Wisdom and Strength with others, treating them the way we would like to be treated. This Golden Rule has accompanied humanity in its most Humanist moments throughout history because it is the translation of the impulses that coming from the deepest of human consciousness form a brain and a mind equipped to evolve towards unimaginable levels of love and compassion, now with a little help from science.