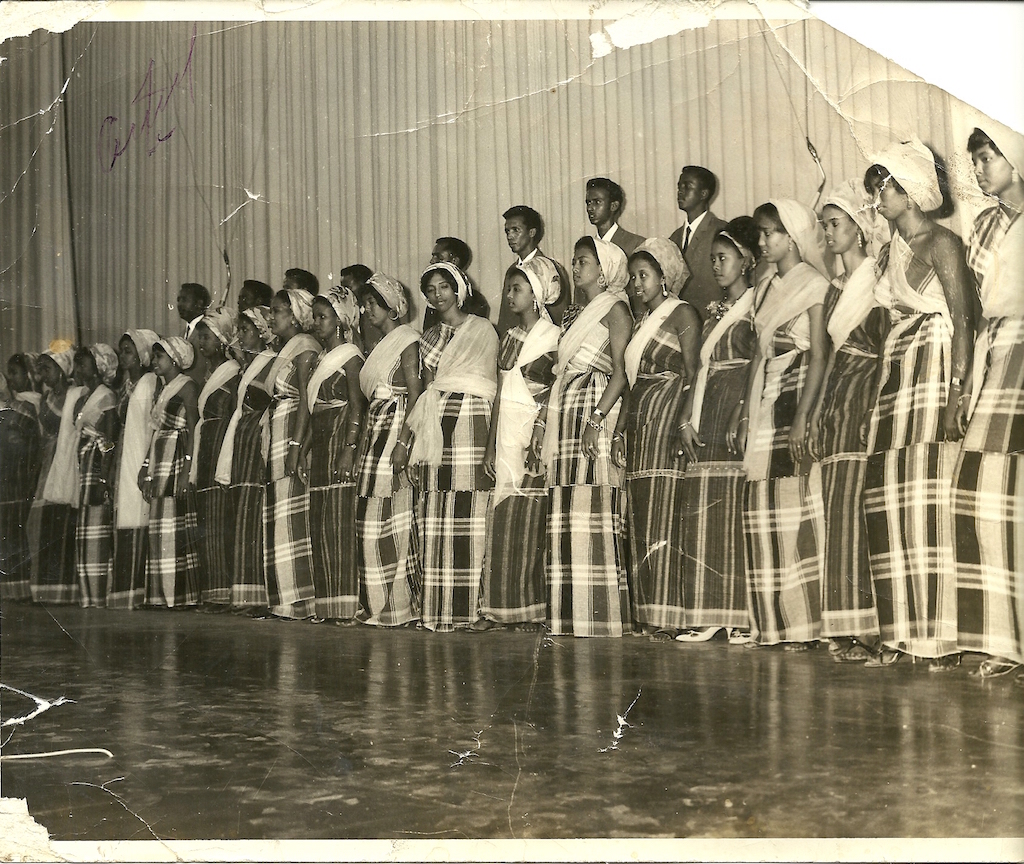 Crate diggers are cultural archaeologists who dedicate their time, money and energy to collecting musical artefacts that provide alternative histories from the fringes of society. They frequent record stores, flea markets, garage sales, charity shops and other places of “disposal” to find rare vinyl records or cassettes.

But as music producer, journalist and digger Kathy Iandoli explained:

Cratedigging isn’t merely ‘record shopping’ though. It’s a hunt for the DNA of a popular song you’re in love with. An addiction to origins.

A recent compilation album of 1970s/80s music from the Horn of Africa, “Sweet as Broken Dates: Lost Somali Tapes”, is a great example of this. Half of the compilation is sung by women, their voices often compared in Somali poetry to the “sweetness of broken dates”. The album’s 15 songs, coming from cassette tapes and master reels, had to literally be dug up from shelters after being hidden to protect it during Somalia’s two decade civil war.

This astonishing story goes back to 1988, when Somalia’s military dictator Siad Barre responded with air strikes to the Somaliland region which was agitating for independence. Barre targeted Radio Hargeisa in Somaliland’s capital city to prevent any kind of central communication system that could organise a resistance.

A few brave broadcasters knew that the archives with their more than half a century of Somali music had to be preserved. Thousands of cassettes and reels were quickly removed. They took them to neighbouring Djibouti and Ethiopia and buried them deep under the ground to withstand even the most powerful airstrikes.

These audio artefacts were excavated from their shelters only very recently. Some are now kept in the 10,000-strong cassette tape archive of the Red Sea Foundation in Hargeisa. A team from Ostinato Records, a New York-based label that documents music from the African continent and diaspora, digitised a large portion of the archive.

The most defining feature of the archive was its ability to transport our hearts and minds to Mogadishu of the 1970s and 1980s, when the coastal capital glistened as the ‘Pearl of the Indian Ocean’, when wine and cosmopolitanism flowed freely…

He highlighted the importance of the unseen cultural archaeology that crate diggers do and the impact this work might have in broader society. “Sweet as Broken Dates” is a powerful example. I’m talking as a digger myself – we actively archive and curate the stories and the experiences of the people in our own ways.

Crate diggers often build huge collections of rare and forgotten records that contain the stories and experiences of people whose stories have not made it into our society’s official historical memory. These musical tales are often recontextualised through sampling or curated for the dance floor where they find new life.

As an Afrofuturist scholar I liken crate diggers to the “Data Thief” in John Akomfrah’s 1996 documentary “The last angel of history”. He travels across time to make archaeological digs for fragments of history that hold the key to the future. Music plays a prominent role in exploring and shaping the future through engaging with the counter-histories encoded in historical artefacts such as records.

I also see parallels between crate diggers and the custodians of the ancient Manuscripts of Timbuktu. The manuscripts are key to preserving an alternative understanding of knowledge production from the African continent so that we might understand Africa differently to the unjust general imperialist history that is often paraded as the only account of our past.

As a crate digger, I’ve come to understand that the forgotten records we often find in the dingiest of places can contain alternative perspectives and social commentary on particular movements, epochs or historical events.

Our record finds allow us to experience the sound, the consciousness and the ambience of forgotten times and places. They provide a unique way of engaging with the past – for the crate digger and the listener alike. While a book might provide information about a particular place and time a record might also provide a unique sensory experience.

Each crate digger essentially builds a personal library of sonic texts that often cannot be found on the internet or in the official archives. This makes them custodians of these unique cultural artefacts.

Building and preserving these collections can become a lifelong obsession. We recycle them for present and future generations to enjoy, admire and understand.

Unlike book collectors who might keep their collections private, many crate diggers share their discoveries. They take them into class rooms. Hip-hop musicians like 9th Wonder (who teaches at Duke University in North Carolina) and Questlove (New York University) come to mind. Others sample them to great effect, like leftfield producers such as Madlib and J Dilla. Most diggers simply play them out in DJ sets at their local club.

In genres like hip hop, house and techno, crate digging plays an important part in finding the source material for sampling. The source material is not only sampled for its sonic qualities, but also often for the message or story it contains, the social references it makes and the intertextuality it provides. Within these genres crate diggers are respected as sonic archaeologists and music scholars.

This article was originally published on <a href="“>The Conversation.